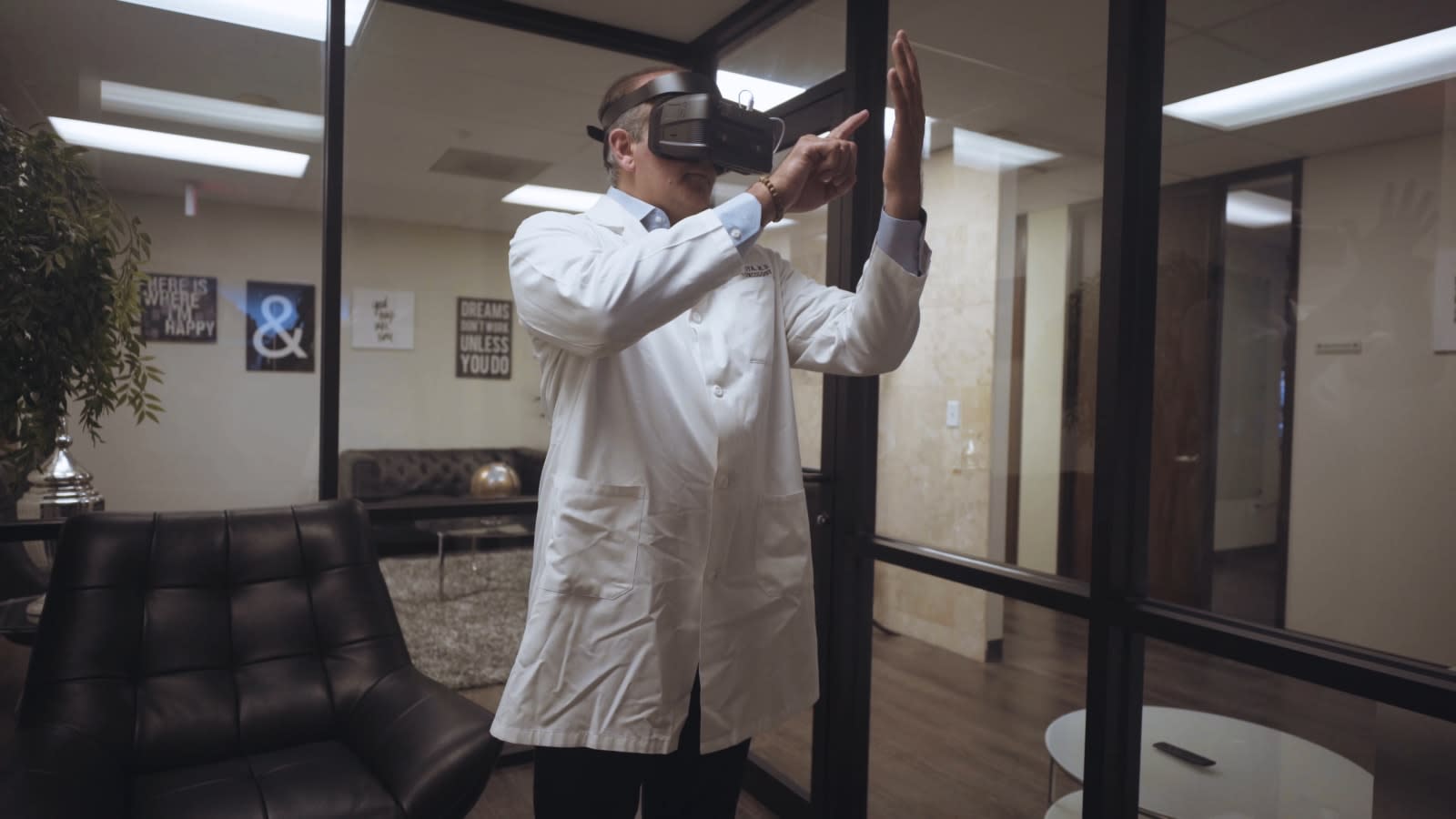 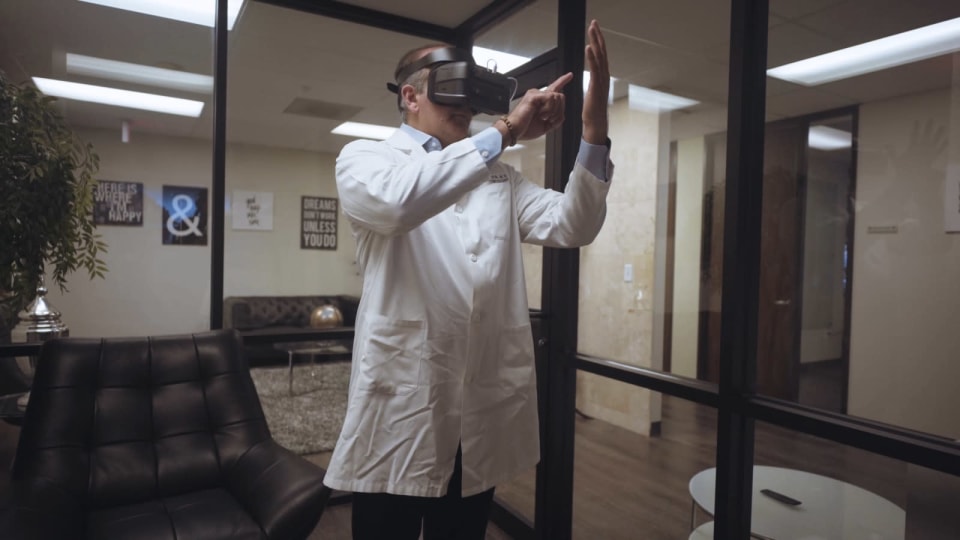 It's the "Wild West" age for virtual reality. The medium has gained traction as a canvas for storytelling and gaming, but hasn't yet been applied in many other fields. As the industry explores ways to use VR effectively, Qualcomm wants to make sure its Snapdragon VR platform helps shape that conversation. The company recently unveiled a VR medical training demo that it created with Dallas-based content publisher Forward XP and an advising physician to teach users how to tell when someone is suffering a stroke, using the popular F.A.S.T method.

F.A.S.T. is a mnemonic to remember the common observable signs of a stroke: facial drooping, arm weakness and slurred speech. T stands for "time to get medical help," which seems a little redundant, but helps tie the first three letters to a memorable word. In Qualcomm's demo, using the company's Snapdragon 835 VR dev kit headset, I found myself in a spaceship-like medical bay with a flying robot that explained each step of the simulation. All of this was rendered in computer graphics, by the way, and not a live portrayal of someone having a stroke. After a short introduction, a man appeared on the chair in front of me, shoulders heaving as he struggled to breathe.

The robot, along with helpful onscreen instructions, told me to look at the man's face and use my hands to point out where it was drooping. The dev kit's 6-DoF (degrees of freedom) head and hand tracking was so quick to recognize my hands that I had barely stretched them out in front of me before it registered that I was hovering over the man's face. Suddenly, the robot was telling me to look for the second sign (arm weakness) by asking the man to raise his arms. 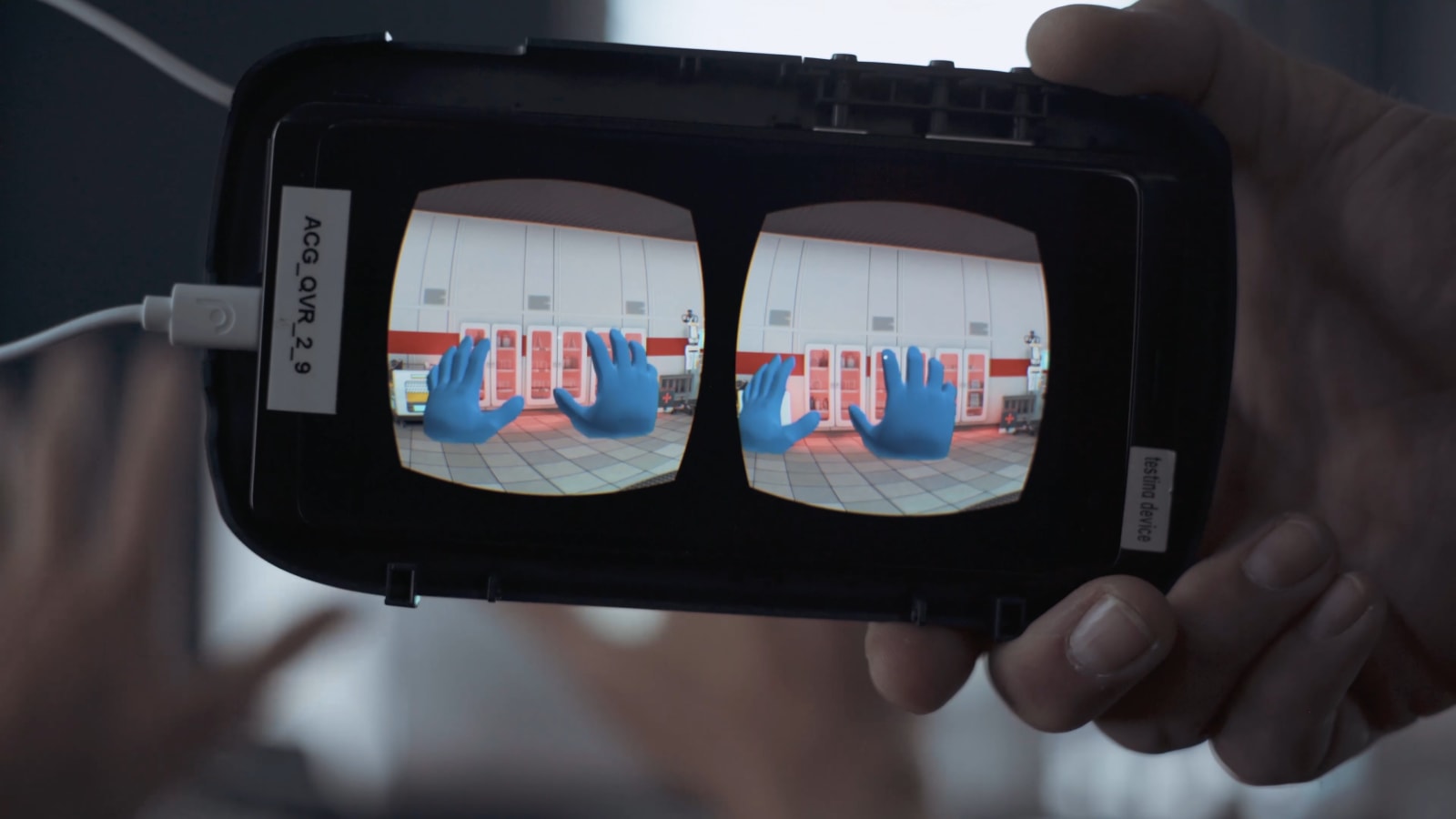 I repeated the phrase I was directed to ask, and the gentleman obliged. But he couldn't keep his left arm up for longer than a second, which the simulation pointed out is another sign he might be having a stroke. Finally, the robot told me to ask the man his name so we could determine if his speech was slurred. To test the accuracy of the speech input, I tried asking what he did for a living or how old he was. The system rejected these questions, and the man did not respond. Only when I repeated the supplied question word for word did he react, and he ended up uttering gibberish. With all three symptoms confirmed, the simulation concluded it was time to get the man some medical attention, and my demo ended.

Although this example was straightforward and relatively obvious, I found it an effective teaching tool. It's easy to memorize what FAST stands for and try to imagine what someone having a stroke would look like. But being able to practice on a somewhat realistic subject displaying the symptoms turns it into a sort of muscle memory, and makes it easier to remember what to look out for in future.

My demo was also just one simulation for a single condition. The program could be improved by adding more patients with different symptoms, as well as a control. That would help teach not just what to look out for, but also encourage trainees to be careful about misdiagnosing someone. Then, the whole course could be redesigned for other conditions, like heart attacks, pneumonia or a variety of ailments with obvious symptoms. 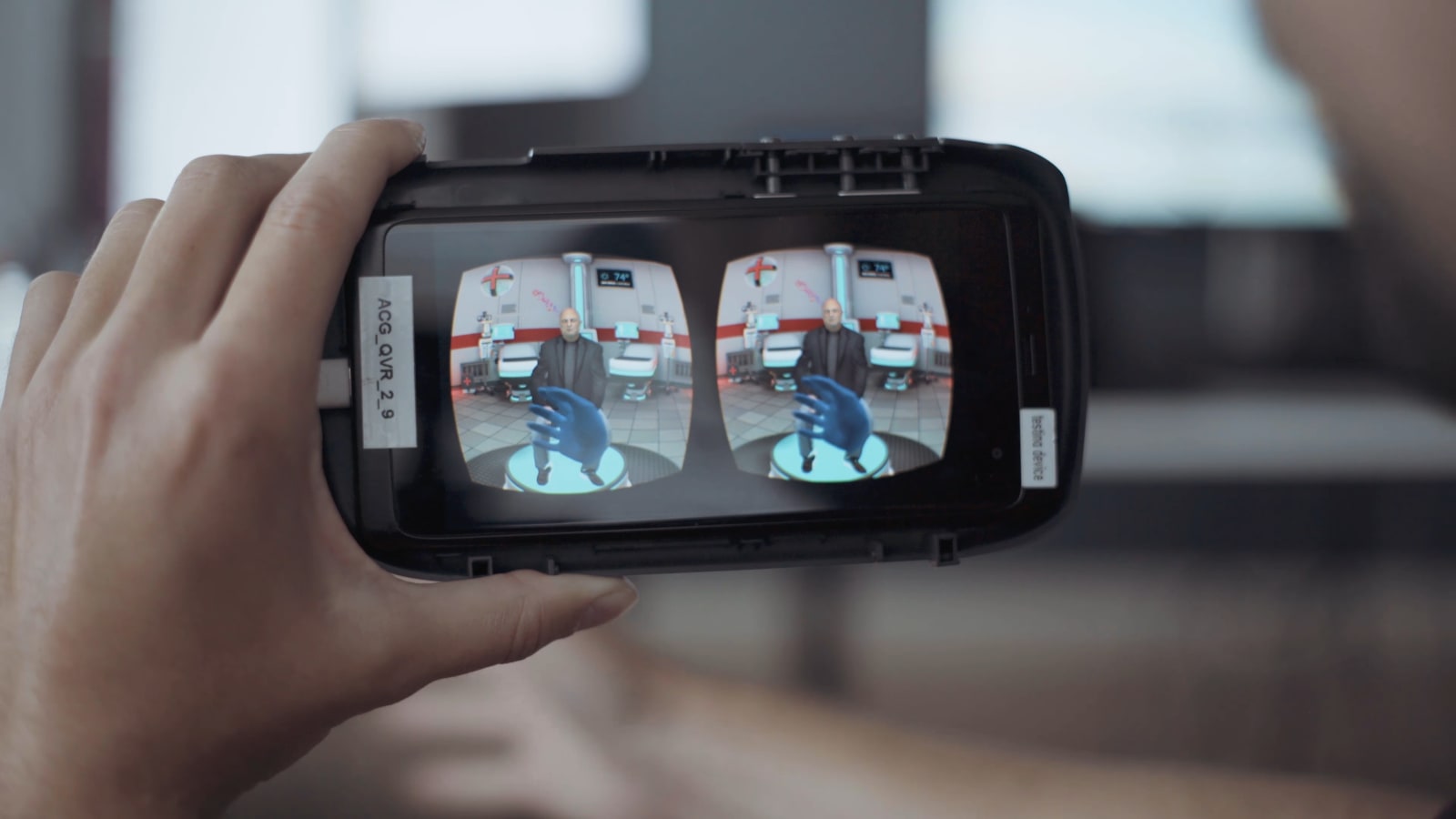 Ultimately, this has the potential to be a useful and effective application of VR in medical training. Instead of trying to teach surgical techniques, which would require an extremely precise level of realism, VR simulations seem more appropriate for training observation-based skills. Of course, as it is with creating most educational content, the designers of such material have to be very careful that they're imparting accurate and updated information.

According to the program manager of Qualcomm's XR (AR and VR) arm Leilani De Leon, "there is definitely a need for medical training that is consistent, standard and accessible." She told Engadget that training doctors globally can be a very large undertaking for companies, and providing standard training on a VR headset that can be distributed around the world at the same time can make the process faster and more convenient.

De Leon said VR can also be useful in phobia treatment. Someone with, say, a fear of snakes, can be taught to overcome it in a simulation where the reptiles are introduced first in the periphery, and then increased in number and proximity. I have yet to test out such a session myself, and can't say that I want to, so I can't speak to its effectiveness.

Meanwhile, Qualcomm hasn't announced how it plans to work with medical providers to bring such training simulations to the rest of the world. But this demo has convinced me that there is room for VR in not just medical training, but in education as well. Classrooms across various disciplines could benefit from adding courses in VR to help students better remember and apply concepts, as long as they are executed thoughtfully.

In this article: gadgetry, gadgets, gear, hands-on, medical, medicine, qualcomm, snapdragonvr, stroke, VirtualReality, vr, wearables
All products recommended by Engadget are selected by our editorial team, independent of our parent company. Some of our stories include affiliate links. If you buy something through one of these links, we may earn an affiliate commission.