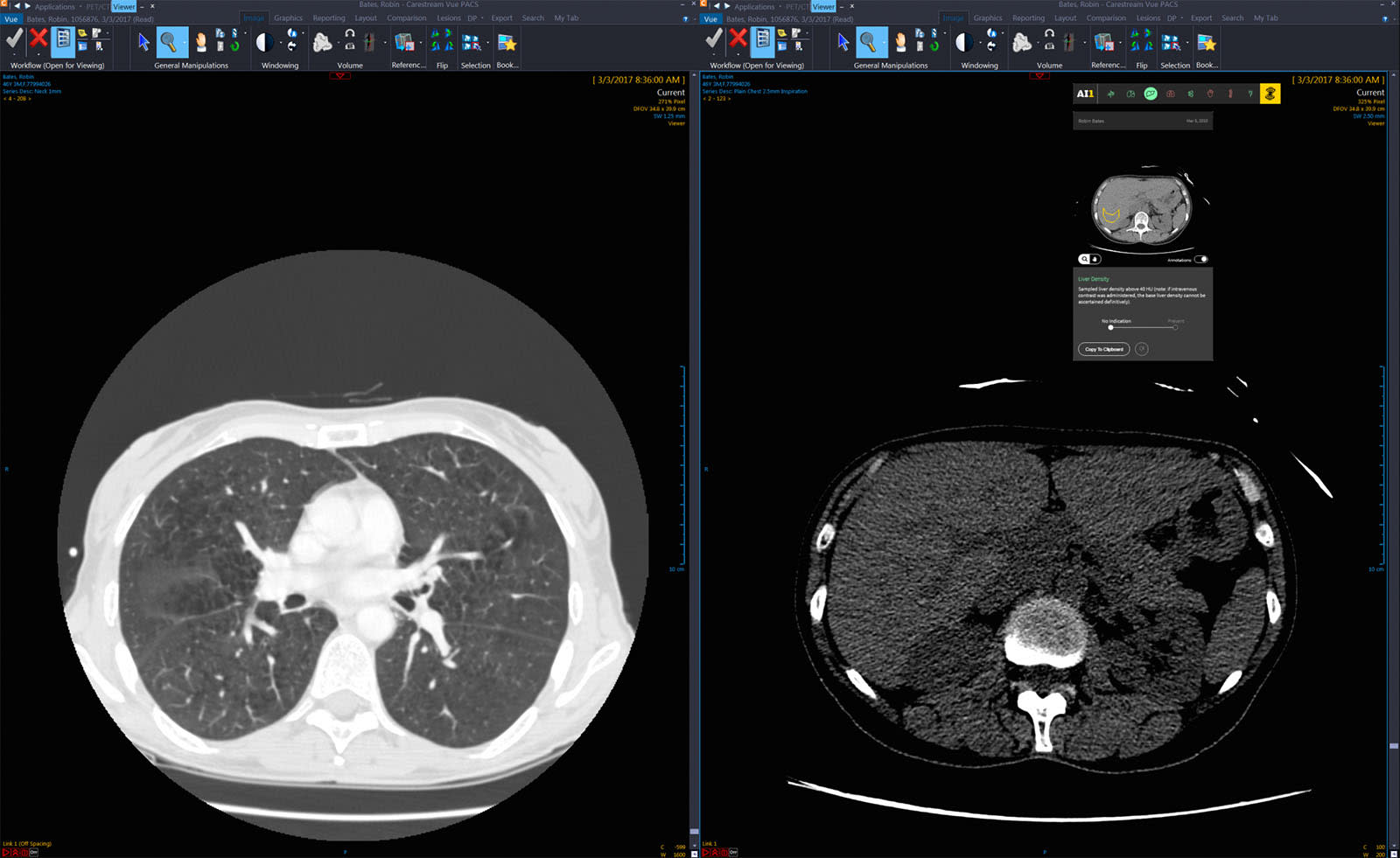 A company called Zebra Medical Vision (Zebra-Med) has unveiled a new service called Zebra AI1 that uses algorithms to examine your medical scans for a dollar each. The deep learning engine can examine CT, MRI and other scans and automatically detect lung, liver, heart and bone diseases. New capabilities like lung and breast cancer, brain trauma, hypertension and others are "constantly being released," the company says. The results are then passed on to radiologists, saving them time in making a diagnosis or requesting further tests.

Engadget met Zebra-Med CEO and co-founder Elad Benjamin at the Hello Tomorrow startup conference in Paris, where he delivered the news about the scans. "We have a product that automatically reads and analyzes medical imaging data from CTs, X-rays, etc.," he said. "And AI1 provides an entire suite [of services] at a flat dollar scale."

The system can detect 11 different ailments right now, and will be able to sniff out six more by the end of 2017. The company has 35 diagnostic products in total that it plans to release within a year. One example of a disease it can catch is coronary calcium, which can cause a heart attack or stroke if too much builds up in a patient's arteries. "We have an algorithm that can automatically receive the CT scan of a chest and give a number, a quantification of exactly how much coronary calcium exists," said Benjamin. "And that can drive much better care of that patient."

Zebra-Med developed its deep-learning systems by examining millions of high-quality image scans. In the video (below), it notes that at an Oxford University hospital, the system was sensitive in 95 percent of 100 CT scans, with a specificity of 100 percent. (Specificity measures how well a test can distinguish those with a disease from those without, while sensitivity is the number of true positive tests compared to all patients who actually have the disease.)

The Al1 algorithm's findings are integrated into radiology information systems (RIS) and picture archive communications systems (PACS) used by medical institutions in the US, UK and elsewhere. That allows radiologists to easily use the results as part of their reading and reporting workflow, Zebra-Med notes.

"A patient comes into an institution and receives a scan, and that is then forwarded to a list of radiologists," said Benjamin. "When they load a particular scan to be examined, our radiologist assistant automatically pops into their diagnostic viewer and shows them the results that we have." Those results are incorporated into the radiologists final report, which goes to the physicians so they can determine what the next steps should be.

Benjamin notes that AI has become particularly good at doing visual analysis, as it is used in numerous systems for face and object detection in smartphone apps and other products. That makes it particularly well suited for MRI, CT scan and X-ray analysis. To become effective, however, AI1 had to analyze a lot of medical scans. "We were founded with the partnership of hospitals that provided us access to those millions of data points," he explained.

The company says that two billion people will be entering middle age in the next decade, but the number of radiologists has remained steady. As a result, current radiologists will be overwhelmed by scan data without the aid of algorithmic systems.

Zebra-med isn't the only company working on this -- IBM has also trained Watson to read medical scans, and is also using the tech to help determine who might acquire specific diseases. Apps have also been used to detect pancreatic cancer by examining your eyes, and another can detect early signs of Alzheimer's disease by examine brain MRI scans.

As for whether we'll be too reliant on AI for such chores, Benjamin believes it's not like that. "Clinicians today are tremendously pressured and overworked," he says. "I believe tools like Zebra can help compliment what a radiologist does by providing a second pair of eyes ... that looks at all the potential maladies of a patient without missing anything."