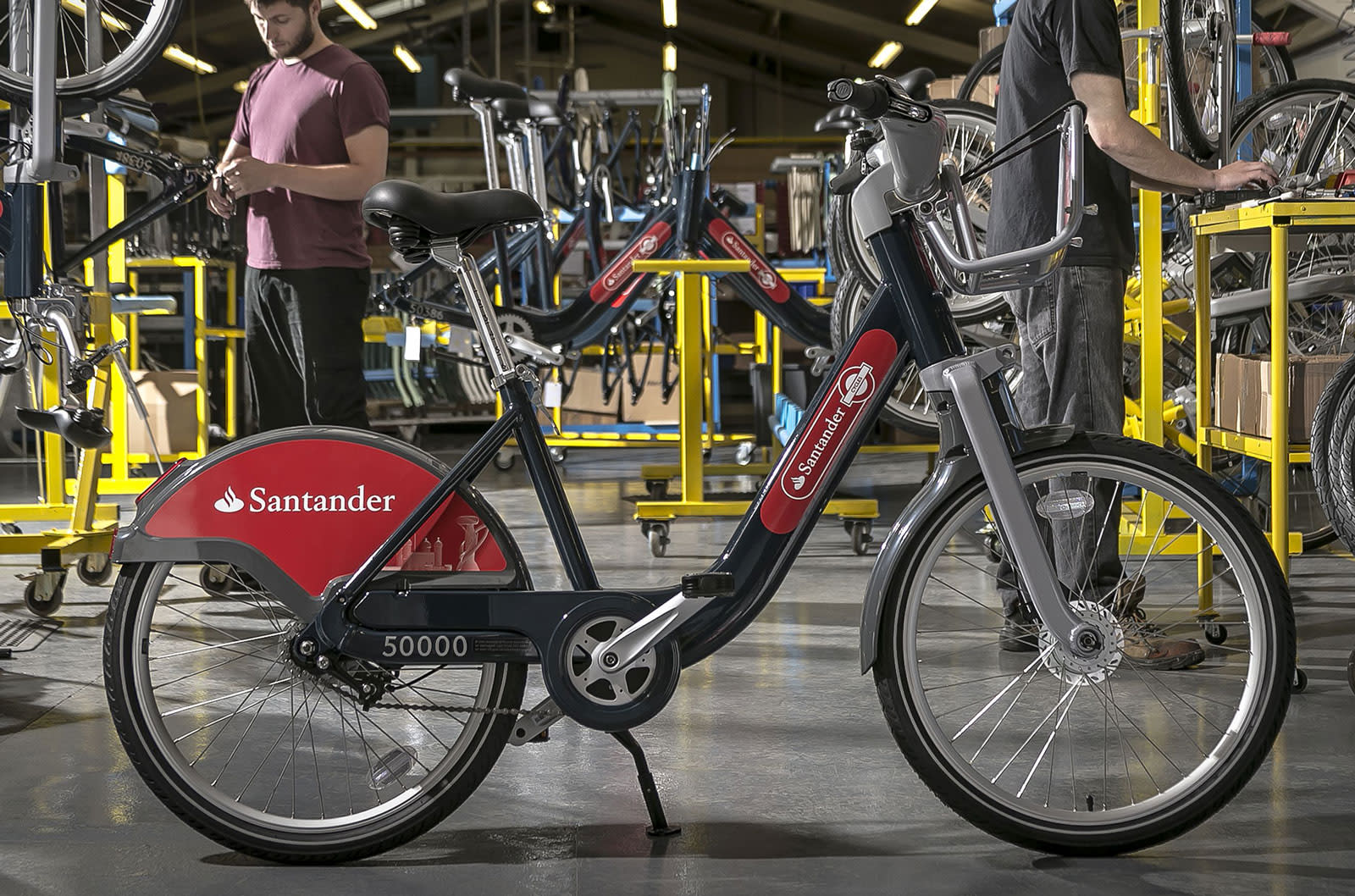 With all the newfangled, dockless cycle-hire schemes popping up in London, TfL couldn't have chosen a better time to give Boris bikes -- officially called Santander Cycles -- a makeover. The transport authority announced that redesigned Boris bikes have begun hitting the capital's streets today, with thousands more to follow this first batch over the next few years. The new model has smaller wheels for faster acceleration, improved brakes, a tweaked frame and fork design for better handling, a comfier gel seat and harder-wearing tyres. Blaze -- the company that created the laser projection light now present on all existing Boris bikes -- has also been involved in the design.

Blaze has improved its front-facing Laserlight to increase the degree of visibility, and has also supplied a brighter brake light for these 2017 models. The new-look bikes are said to be easier to maintain, and also include Bluetooth and the "capacity for GPS technology" for the first time. This isn't so you can pair your smartwatch with the thing and record your ride, though. Instead, the company that runs the Santander Cycles network, Serco, can use the tech to "record the performance of the bikes."

TfL tells us Serco can pull info via Bluetooth such as how much use the bike's had when it's undergoing repairs and maintenance, whereas GPS could be used for big data applications in the future, such as cycle route and docking station planning.

Despite the new design and other upgrades, Santander Cycles are still bound to docking stations, unlike the new wave of schemes hitting the capital that users access and pay for through mobile apps. That said, TfL is still thinking about where new pick-up and drop-off points can go to make Boris bikes a more convenient transport option for Londoners. Today, the authority announced that seven new docking stations for up to 200 bikes will be installed in and around Brixton over the course of this winter.

In this article: bicycle, blaze, BorisBikes, cycling, gear, pashley, santandercycles, serco, tfl, transportation, TransportForLondon
All products recommended by Engadget are selected by our editorial team, independent of our parent company. Some of our stories include affiliate links. If you buy something through one of these links, we may earn an affiliate commission.