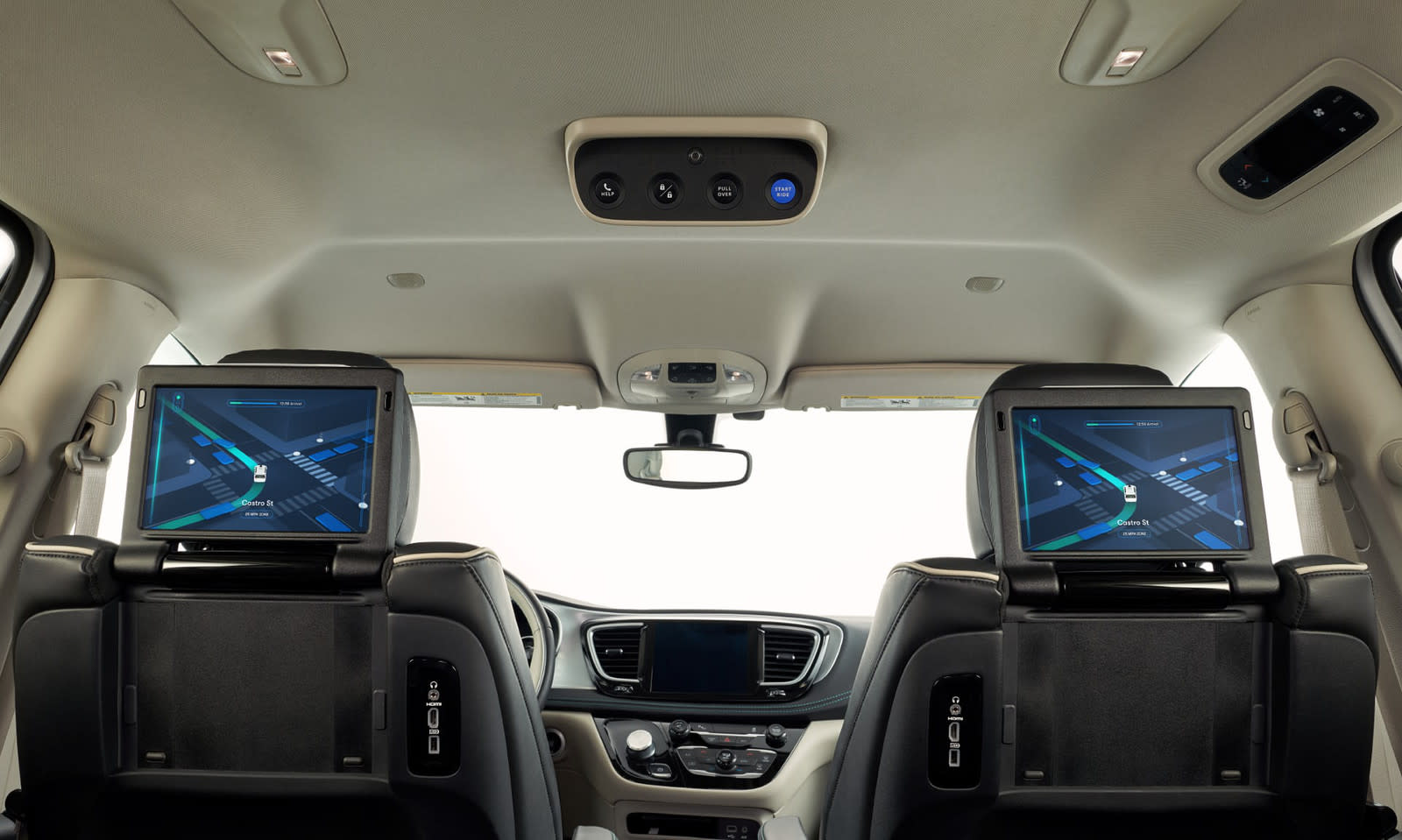 Waymo has begun testing truly autonomous vehicles that don't even need to hand off control to human drivers in dangerous situations. Alphabet's autonomous car development arm has shown off the latest version of its Chrysler Pacifica minivans at an event in California, where the vehicles drove people around without a person sitting in the driver's seat. According to Reuters, the company decided to drop the driver handoff feature after experiments conducted in Silicon Valley back in 2013 showed that users acted like full-on passengers inside the vehicle.

Testers napped, put on make-up and used their phones on the road. In other words, they'd lost context of where their car was going or how fast it was and would've been taken by surprise if they were suddenly given control of the vehicle in dangerous situations. Waymo has been working on ditching the handoff feature since then to allow "passengers to stay passengers."

The latest version of Waymo's minivans feature display screens mounted on the back of the front seats. They show messages explaining why the system just did what it did (say, if it stopped to let a pedestrian cross) as well as visualizations of the surroundings. More importantly, they have a new panel with buttons allowing passengers to start the ride, pull it over, call for help and unlock the doors.

While the buttons still give passengers some semblance of control, Waymo chief John Krafcik said his team is working on a technology that will make their ride-hailing dreams more feasible. That feature will give their vehicles the ability to recognize the person who hailed them even if they're not in the exact spot where they called for a ride.

If you're in Phoenix, Arizona, you might have already seen Waymo's new minivans driving people around. You might not have to wait for years on end to see one even if you're not in Phoenix, though: Krafcik said they're "really close" to unleashing their self-driving vehicles on public roads.

In this article: autonomouscartest, gear, google, self-drivingcar, transportation, waymo
All products recommended by Engadget are selected by our editorial team, independent of our parent company. Some of our stories include affiliate links. If you buy something through one of these links, we may earn an affiliate commission.