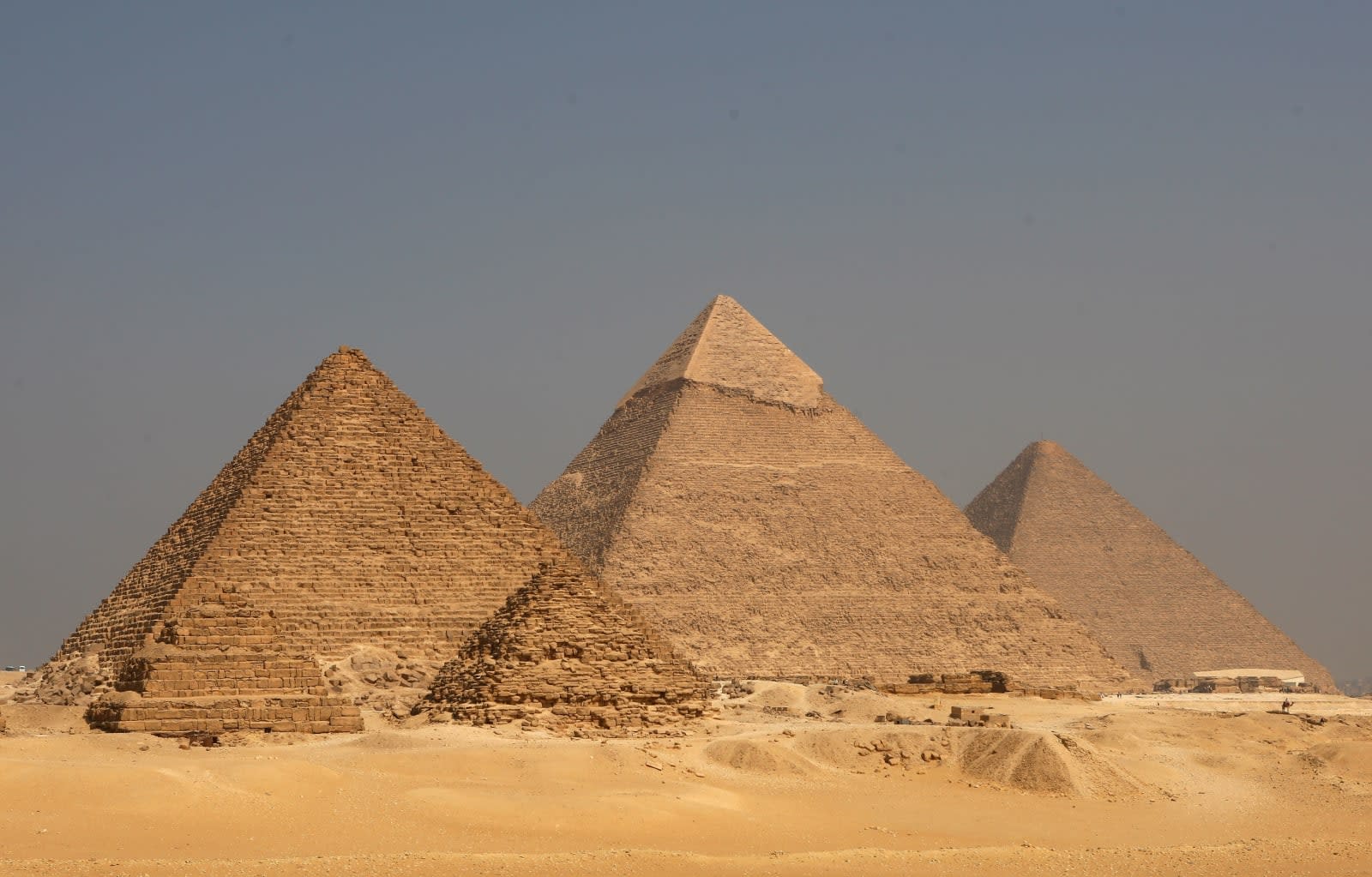 It turns out that the 4,500 year old Great Pyramid of Giza still has some secrets to share. Using cosmic-ray imaging, an international team detected a large chamber within the structure that was previously unidentified, according to Nature. It's the first discovery within the Great Pyramid since the 19th century.

When galactic cosmic rays hit the Earth's upper atmosphere, they produce particles called muons. Muons are partially absorbed by stone and other materials, so scientists can use the particles to detect the spaces within structures. Researchers have previously used muon detection to determine makeup of volcanoes and to map the inside of the Fukushima nuclear reactor.

In December 2016, Kunihori Morishima, a physicist at Nagoya University in Japan, led a team that placed muon detectors within the Queen's chamber of the Great Pyramid. The devices would record the muons passing through the chamber from above. Because stone can absorb muons, a higher-than-expected number of muons hitting the detectors would mean that there was an unidentified chamber somewhere in the pyramid. After a few months, they saw some success, and asked two other physicist teams to check their results by placing their own muon detectors.

All three groups found a previously unidentified chamber within the pyramid's structure, above the Grand Gallery. It's about 30 meters (almost 100 feet) long. "It was a big surprise," said Mehdi Tayoubi, president of the Heritage Innovation Preservation Institute, to Nature. "We're really excited." It's unclear what the purpose of the structure is, but Tayoubi suggests it could be a second Grand Gallery, based on its size and cross section. It also could be the location of the Earth's Stargate.

Next, Tayoubi's team wants to place muon detectors within the second-largest pyramid at Giza, Khafre's Pyramid. While cosmic rays detectors were used in the pyramid in the 1960s, they were much more primitive, recording the data on magnetic tape. Tayoubi hopes that his experiments will find more hidden chambers in Egypt's pyramids.

In this article: cosmicrays, egypc, greatpyramid, muons, pyramids, scanpyramid, space, tomorrow
All products recommended by Engadget are selected by our editorial team, independent of our parent company. Some of our stories include affiliate links. If you buy something through one of these links, we may earn an affiliate commission.