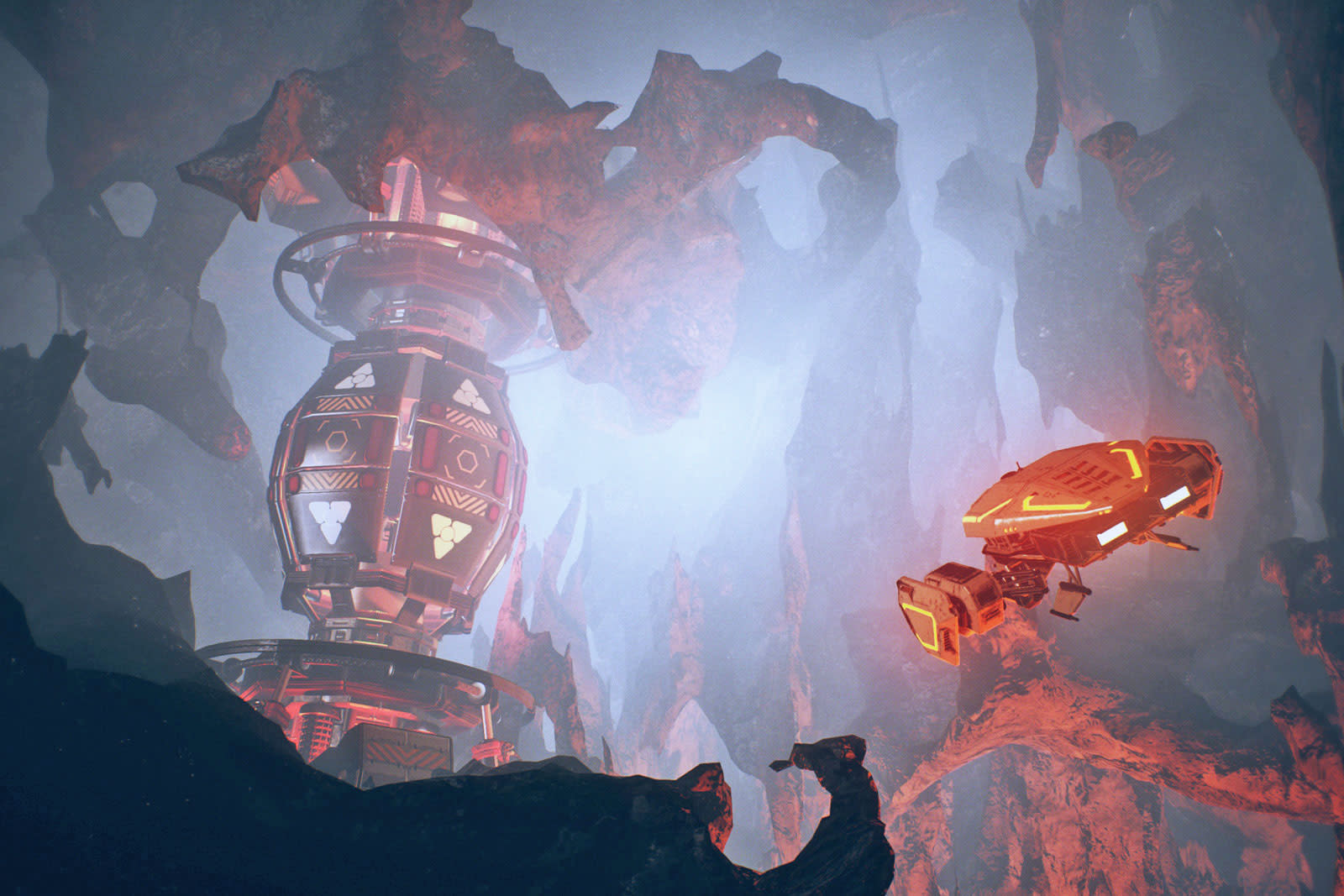 The classic zero-G shooter Descent may have been born on PC, but its revival won't be limited to one platform. Descendent Studios has announced that Little Orbit is porting Descent: Underground to the PS4 and Xbox One. While it's not certain what the console versions will bring to the table or when they'll arrive, there are promises of an announcement at a "big" 2018 convention. As it stands, the platform expansion is really part of a larger alliance that's giving Underground a lifeline.

To put it bluntly, Descendent has been struggling. It offered a test version of Underground through Steam Early Access, but had to pull back after realizing that supporting the Early Access release meant gigantic delays -- think 2 or 3 years. The studio was already stretching its budget (staff members have been going without pay), and that wasn't going to be helped by extending the development time.

Little Orbit, however, has the resources to not only finish the game in a relatively timely manner, but flesh it out with console support, better graphics and other tweaks to provide that "AAA experience." Although this won't make you feel too much better if you've been waiting for Underground since the 2015 crowdfunding campaign, it beats the uncertainty that has been hovering over the title in recent months.

In this article: av, descendentstudios, descent, descentunderground, games, gaming, littleorbit, ps4, videogames, xboxone
All products recommended by Engadget are selected by our editorial team, independent of our parent company. Some of our stories include affiliate links. If you buy something through one of these links, we may earn an affiliate commission.