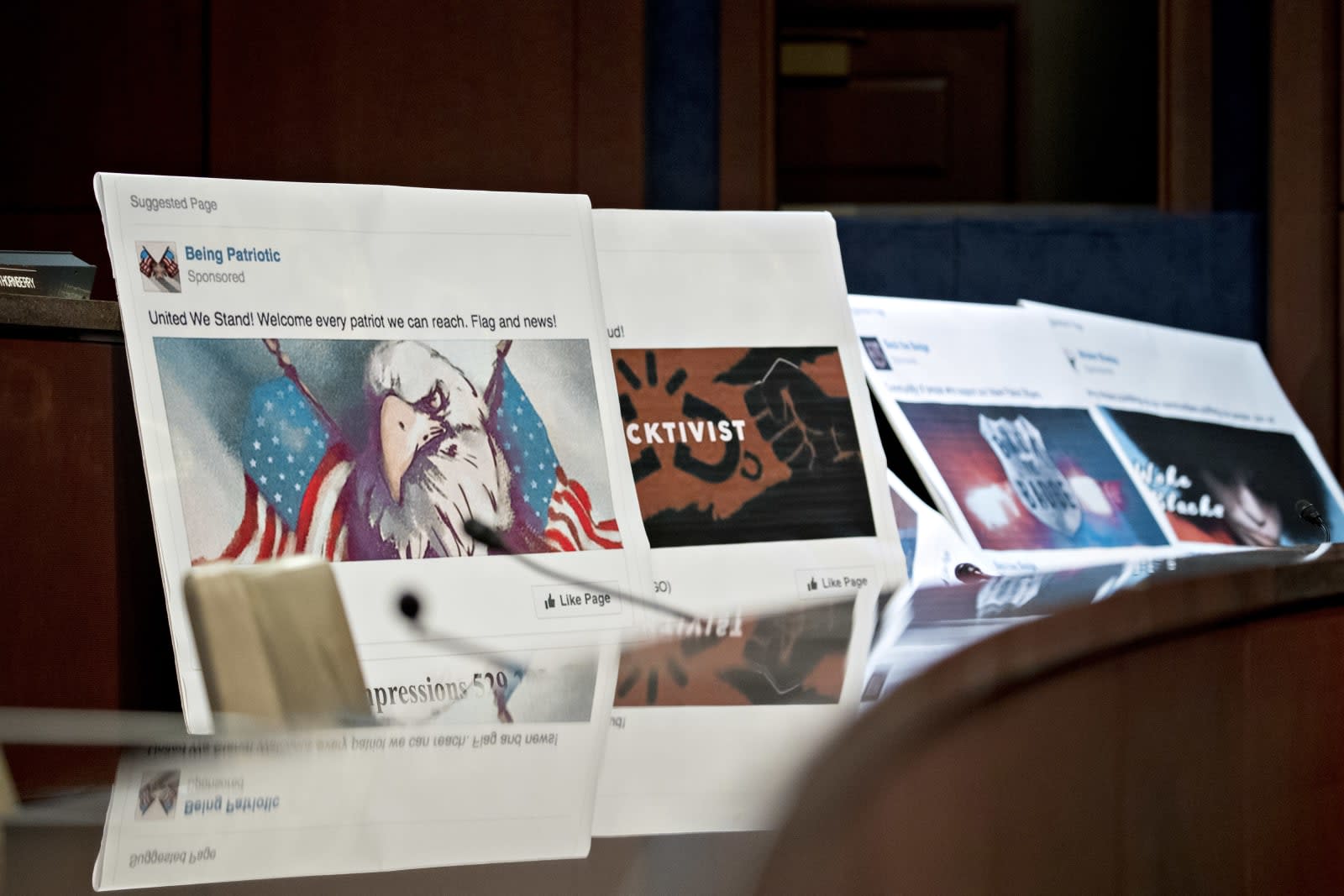 Facebook is facing pressure from lawmakers, tech analysts and even ordinary users to tell people if they were served Russian-linked propaganda during the 2016 US election period. According to Reuters, Democratic Senator Jack Reed asked during the Senate Intelligence Committee hearing the social network attended: "Do you feel an obligation... to notify those people who have accessed [those deceptive foreign government posts]? And can you do that? And shouldn't you do that?" Time Well Spent, an organization critical of ad-supported social media, also pointed out that users who saw those posts might not believe they were manipulated unless Facebook itself tells them.

The social network said that's a tall order, considering over 126 million Americans were exposed to the 80,000 updates and 3,000 ads Russian troll farms posted on Facebook and to the 120,000 they posted on Instagram. Its general counsel argued that he wasn't sure Facebook could even identify everyone who saw those posts, since the company got its numbers from computer models, not from actual counts.

Nevertheless, critics are having a hard time believing the counsel's explanation, since Facebook is known to track people's Likes and clicks for algorithm and ad purposes. Intelligence committee vice chairman Senator Mark Warner likened their request to telling people in a hospital if they've been exposed to a disease. There's even a Change.org petition calling for the company to inform users how they were exposed to Russian propaganda that has garnered over 83,000 signatures as of this writing. Widener University law professor Christopher Robinette told Reuters that the courts likely can't compel Facebook to notify users if they were served Russian-linked ads and fake news, so it will all depend on what the social network decides.

In this article: facebook, fakenews, gear, instagram, internet, russia, russianads, russianposts, socialmedia
All products recommended by Engadget are selected by our editorial team, independent of our parent company. Some of our stories include affiliate links. If you buy something through one of these links, we may earn an affiliate commission.