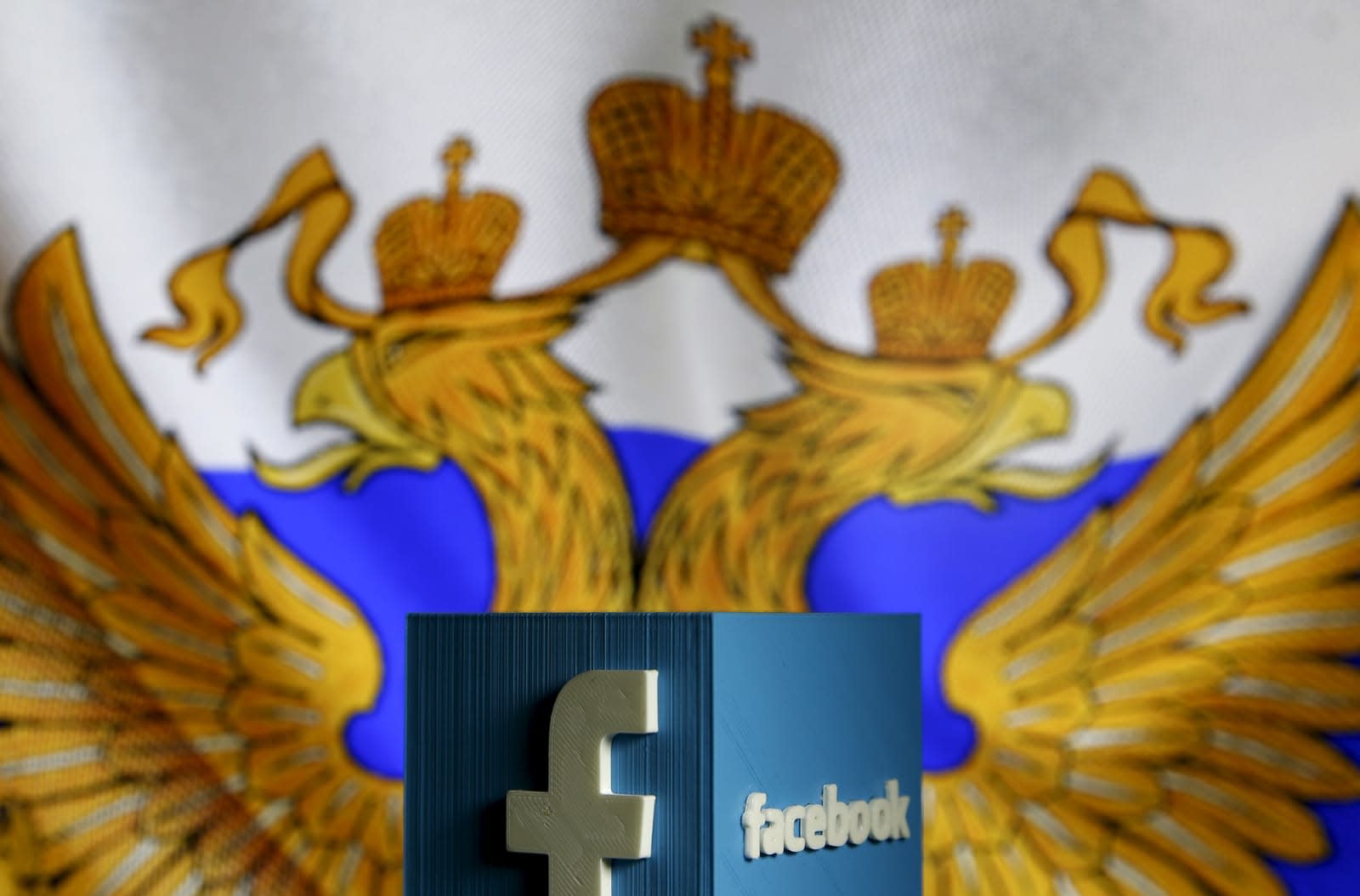 Russian attempts to skew the 2016 US election through Facebook reached much, much further than first thought. Numerous publications (including Axios, NBC News and the New York Times) have obtained Facebook's prepared testimony for the Senate, which reveals that Russia-linked pages reached 126 million American users between January 2015 and August 2017. That's over half of the social network's US base, for those keeping track. About 80,000 pieces of divisive material were shown to 29 million users whose likes, shares and follows spread the content to many more people.

There's more beyond that. Facebook also deleted over 170 Russia-linked Instagram accounts that had made about 120,000 posts, and it had discovered security threats against politicians that stemmed from APT28, the hacking team regularly connected to Russian military intelligence.

Facebook was quick to downplay the volume of Russian posts in its testimony. There were over 11 trillion total posts from Pages on Facebook between 2015 and 2017, the company said. And it's true that merely seeing a post doesn't mean you notice it, let alone that you believe what it says. However, that doesn't change that a significant portion of those 126 million people interacted with those posts. That's millions of people who unwittingly played a part in what appears to be a massive Russian disinformation campaign.

The company certainly isn't alone when Google and Twitter have also found evidence of meddling. This is a broader problem with how underprepared internet companies were to deal with such a broad attempt to influence the American public. However, Facebook doesn't look good in light of this testimony: it had initially claimed that its content didn't influence the election at all, and now it's admitting that Russian operators were wildly successful in sowing chaos (even if only some people fell for the ploy). The company's rush to fix its ad system before the 2018 mid-terms just took on an added sense of urgency.

Update: Ahead of the upcoming testimony, Google detailed many of its findings in a blog post with associated PDFs.

We ​found ​18 ​channels ​likely ​associated ​with ​this ​campaign ​that ​made ​videos ​publicly ​available, ​in English ​and ​with ​content ​that ​appeared ​to ​be ​political ​(These ​channels ​also ​posted ​non-political videos, ​e.g., ​personal ​travelogues).

In this article: apt28, election, election2016, facebook, gear, internet, politics, propaganda, russia, socialnetwork, socialnetworking
All products recommended by Engadget are selected by our editorial team, independent of our parent company. Some of our stories include affiliate links. If you buy something through one of these links, we may earn an affiliate commission.