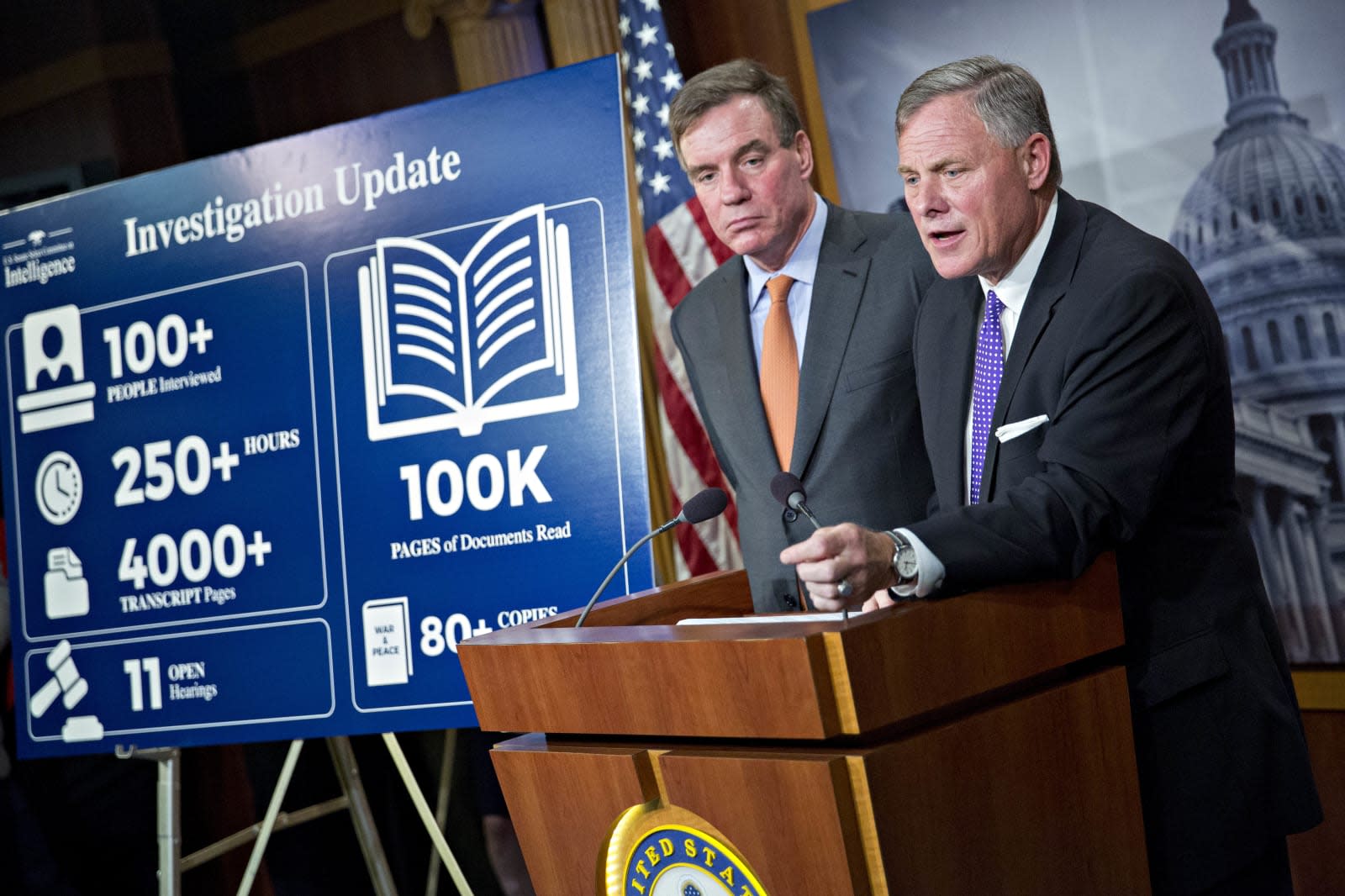 During a press conference today, the Senate Intelligence Committee gave an update on its investigation into Russian interference in the 2016 presidential election. It also warned that those preparing for 2018 elections should work under the expectation that similar initiatives from Russian operatives will occur. "I recommend every campaign and every elected official take this very seriously," said committee Chairman Richard Burr.

The committee has already looked at piles of documents from the Trump campaign and conducted interviews with those associated with the president's campaign as well as members of the intelligence community. The committee also just received thousands of Facebook ads to look through that are thought to have been purchased by Russian operatives. Twitter has turned over some information as well and the Senate Intelligence Committee is expecting more.

Facebook, Twitter and Google have been invited to testify at a November 1st hearing. "I was concerned at first that some of these companies did not take this threat seriously enough," Vice Chair Mark Warner said. "But I believe they're recognizing that threat now, and they are providing us with information." Committee leaders also said that while the committee wouldn't publish the ads provided by Facebook, they did encourage Facebook to do so. "We don't release documents provided by to our committee, period," Burr said. "[It's] not a practice that we're going to get into. Clearly if any of the social media platforms would like to do that, we're fine with them doing it because we've already got scheduled an open hearing. We believe that the American people deserve to know firsthand." Warner added, "At the end of the day it's important that the public sees these ads."

WHAT'S NOT CLEAR: Who from Facebook will show up

What was made very clear was that this investigation is nowhere near finished and the issue of collusion between the Trump team and Russia is still very much open. The goal is to figure out as much as possible before election season starts to ramp up next year. "We've got to make our facts, as it related to Russia's involvement in our election, before the primaries getting started in 2018," Burr said, adding, "You can't walk away from this and believe that Russia's not currently active."

In this article: DonaldTrump, election, facebook, FacebookAds, gear, google, internet, politics, russia, security, senateintelligencecomittee, services, twitter
All products recommended by Engadget are selected by our editorial team, independent of our parent company. Some of our stories include affiliate links. If you buy something through one of these links, we may earn an affiliate commission.