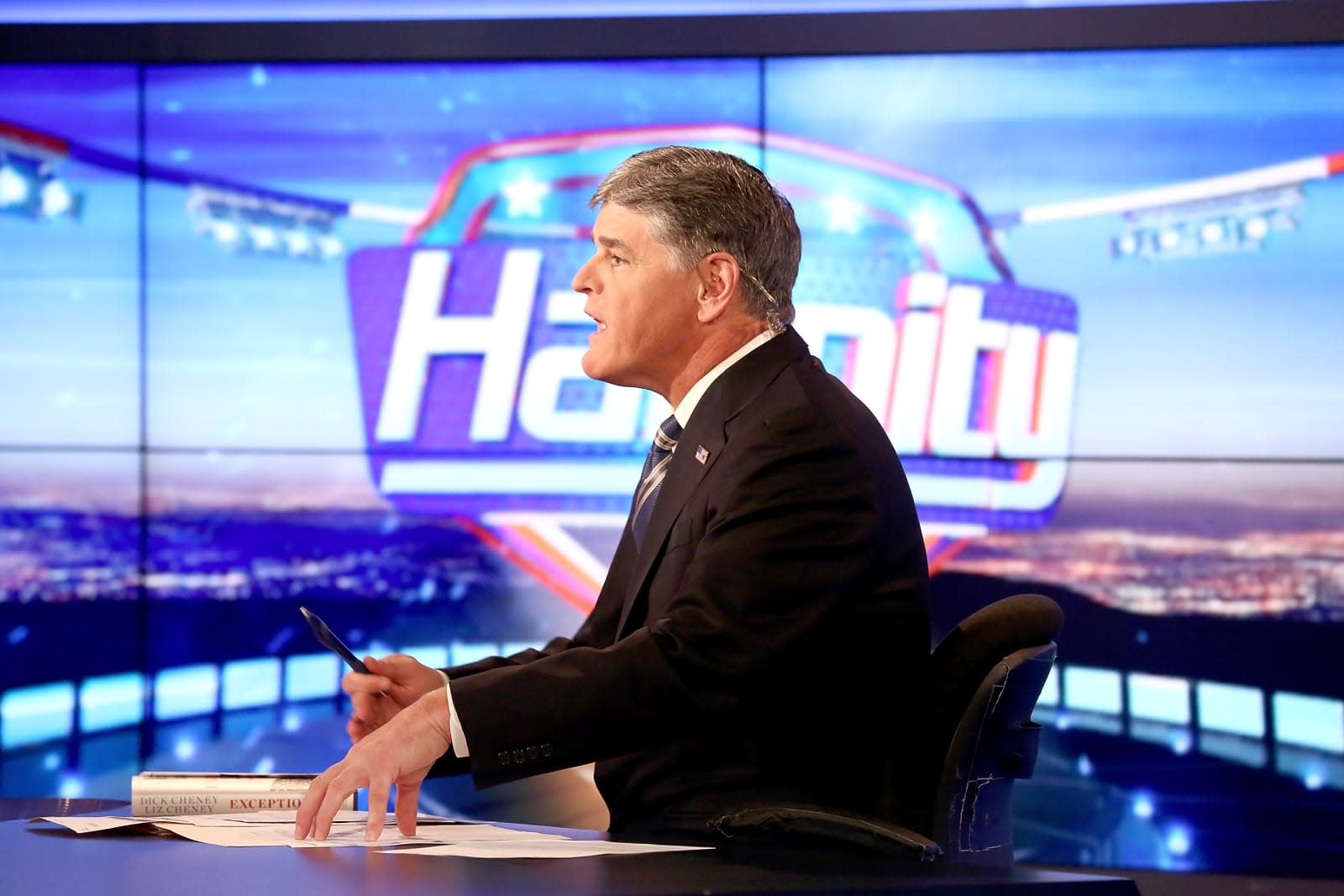 As Fox waits to find out whether it will be allowed to complete its merger with broadcasting giant Sky, UK media regulator Ofcom today delivered a fresh blow to proceedings. The watchdog confirmed that two Fox News shows, hosted separately by Sean Hannity and Tucker Carlson, breached a number of broadcasting regulations, before the channel was removed from British TV screens in August.

In a bulletin, Ofcom said that Hannity had breached three broadcasting codes during a segment on President Trump's ban that restricted travel from seven majority-Muslim countries. "The opening monologue featured several video clips of public figures reacting critically to the Order," it noted. "However, these views were briefly represented in pre-recorded videos and repeatedly dismissed or ridiculed by the presenter without sufficient opportunity for the contributors to challenge or otherwise respond to the criticism directed at them."

It later added that over the course of the programme, the presenter spoke with numerous guests who were supportive of the Trump administration and critical of those who opposed it. "The presenter consistently voiced his enthusiastic support for the Order and the Trump Administration," Ofcom concluded.

The second breach related to Fox News' May coverage of the terrorist attacks in Manchester, England. According to the regulator, parts of Tucker Carlson Tonight included "highly critical statements" about UK Prime Minister Theresa May, Deputy Mayor of Manchester Baroness Hughes, Chief Constable of Greater Manchester Ian Hopkins and the UK government in general. They were accused of not acting to "counter terrorism, stop radicalisation, protect citizens from terrorism or protect 'thousands of underage girls' from rape and abuse."

The presenter didn't include the viewpoints of those accused, nor did he challenge the opinions of his guests. Ofcom said that he reinforced their opinions instead. "We considered that these contextual factors were not sufficient to remove the need for the programme to also reflect significant alternative viewpoints, and treat these with due weight," it added.

Although Fox removed News from UK screens months ago, before a concession might be needed, today's rulings could impact the Competition and Markets Authority's (CMA) decision on whether to approve Fox's £18.5 billion ($24.3 billion) buyout of Sky. After Ofcom raised concerns over Fox's compliance procedures and highlighted the potential for the company to "Foxify" news outlets in the UK, Culture Secretary Karen Bradley referred the case to the CMA. It will assess whether the new mega corporation would "operate against the specified public interests." That includes both broadcasting standards, as well as media plurality.

The UK regulator requires that media companies have a diversity of viewpoints available, which Fox News did not facilitate during its broadcasts in January and May, respectively. It's not the first time the company has been found guilty, either: it was judged to have broken broadcasting rules for airing pro-Brexit views on the day of the EU referendum.

The CMA is currently eight weeks into its 24 week investigation. It doesn't have the power to formally approve or deny the deal, but its findings will help the Culture Secretary reach her final decision early next year.

In this article: av, business, entertainment, fox, foxnews, mediaplurality, merger, ofcom, sky
All products recommended by Engadget are selected by our editorial team, independent of our parent company. Some of our stories include affiliate links. If you buy something through one of these links, we may earn an affiliate commission.