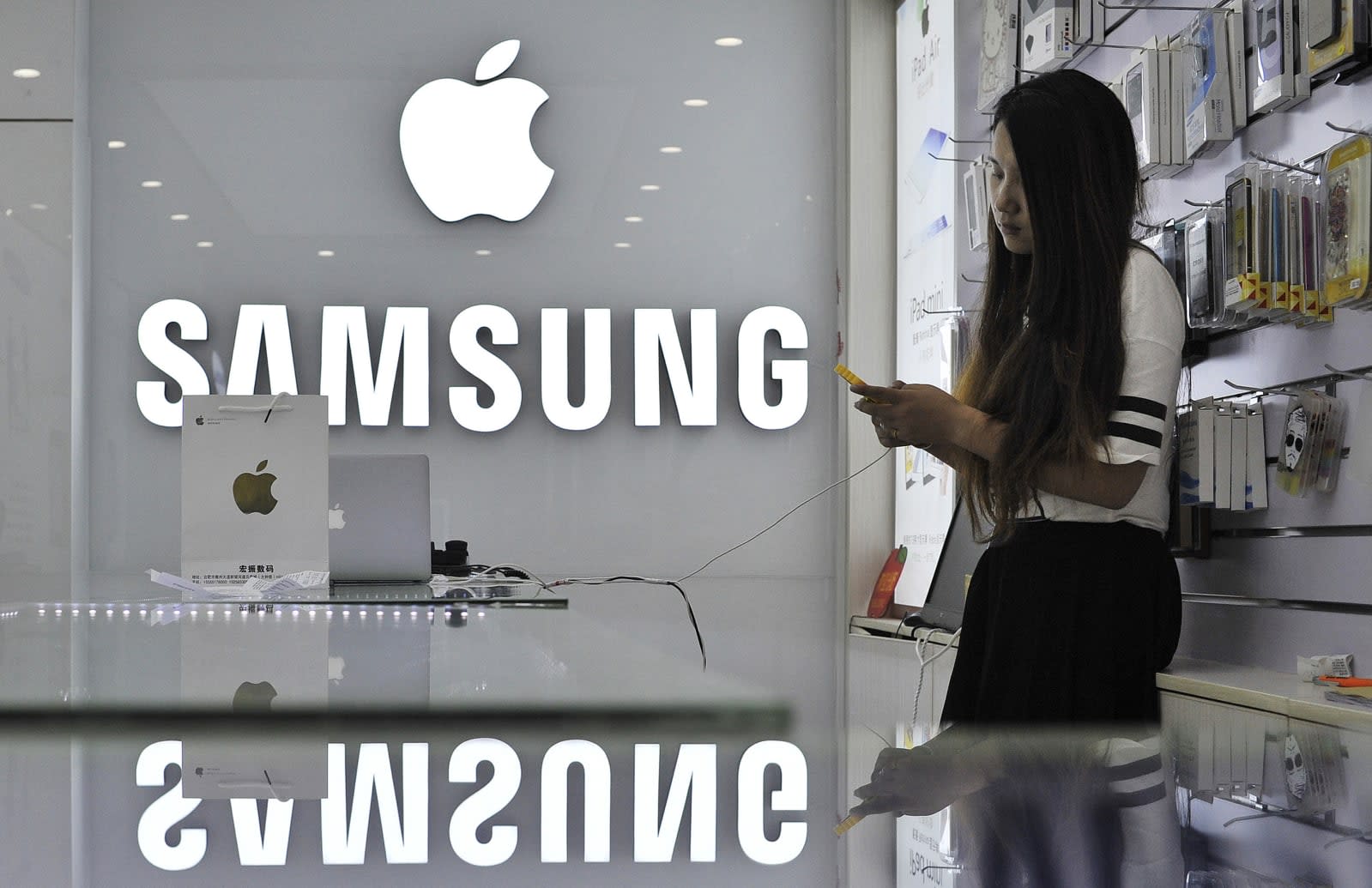 Samsung has been fighting tooth-and-nail against Apple's victory in a key smartphone patent lawsuit, but it may have little choice but to pay up at this point. The US Supreme Court has refused to hear Samsung's appeal in the case, upholding a circuit court decision reinstating a $120 million penalty for allegedly infringing on Apple's patents for technology like slide-to-unlock and autocorrecting text. Samsung had argued that the lower court didn't consider additional legal material, and supposedly changed laws for both issuing injunctions and invalidating patents.

We've asked Samsung for its response to the Supreme Court decision. At first glance, though, it looks like this may be the end of the road for this particular case: Samsung doesn't exactly have other courts to turn to.

The amount is trivial, of course -- $120 million would barely make a dent in Samsung's $12.91 billion profit from last quarter. Rather, it's more about the symbolism of having to pay in the first place. The company has been fighting (and serving) phone patent lawsuits for most of this decade, and it doesn't want the saga to end in defeat.

Update: Samsung has provided a statement, and it's unsurprisingly frustrated that the Supreme Court wouldn't hear its case. It portrays this as a loss for customers and innovation, which is slightly ironic given that even Apple has moved away from slide-to-unlock with the iPhone X. You can read the full statement below.

"Our argument was supported by many who believed that the Court should hear the case to reinstate fair standards that promote innovation and prevent abuse of the patent system. One of Apple's patents at issue in this case has been invalidated by courts around the world, and yet today's decision allows Apple to unjustly profit from this patent, stunts innovation and places competition in the courtroom rather than the marketplace."

In this article: apple, galaxys, gear, iphone, lawsuit, mobile, patents, samsung, smartphone, supremecourt
All products recommended by Engadget are selected by our editorial team, independent of our parent company. Some of our stories include affiliate links. If you buy something through one of these links, we may earn an affiliate commission.