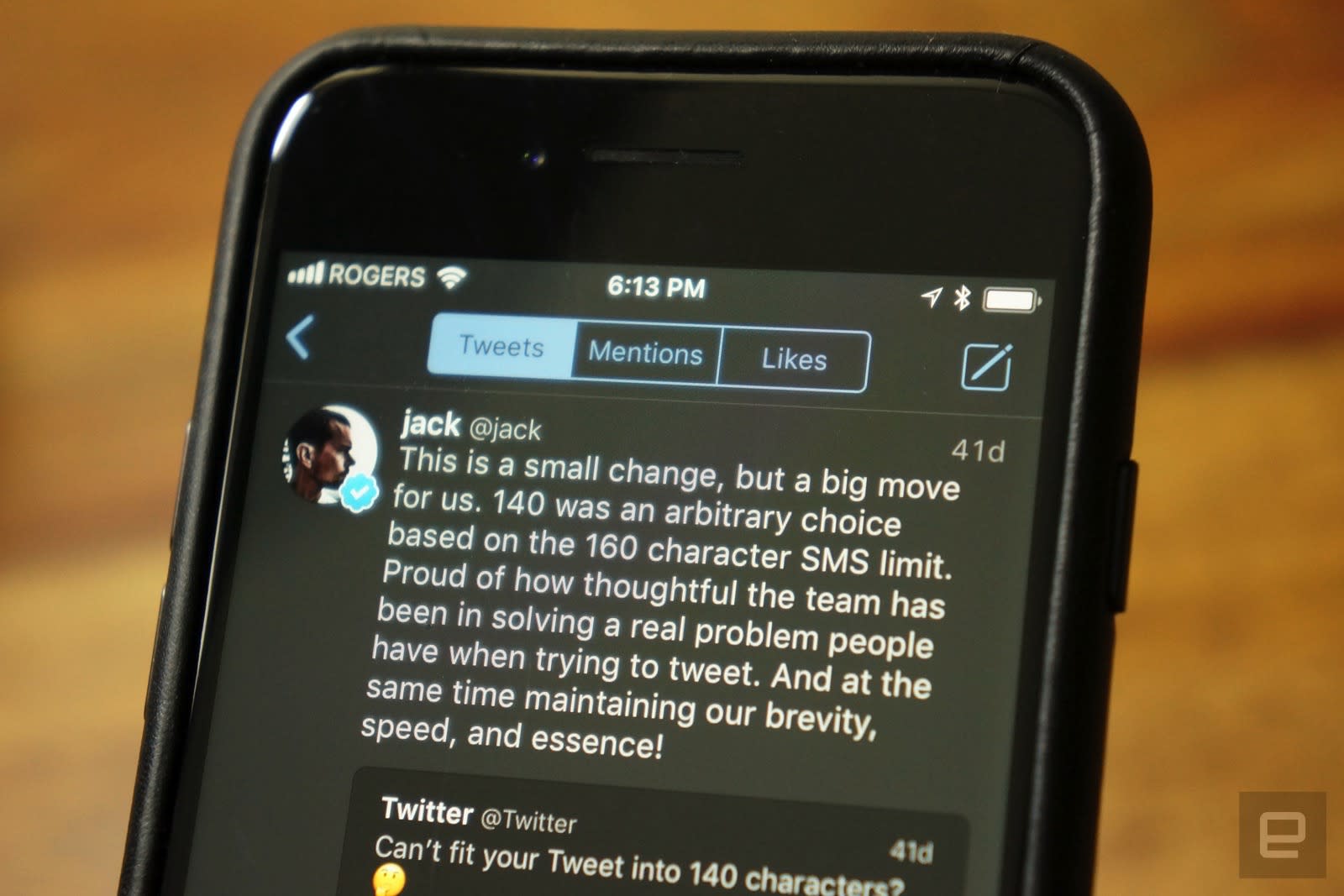 Twitter's experiment with doubling the maximum tweet length was apparently a success. The social network is expanding support for 280-character tweets to every language "where cramming was an issue" -- that is, almost all of them. You're still capped at 140 if you write in Chinese, Japanese or Korean (the density of their languages already lets them say more, Twitter says), but most users now have a better chance of expressing themselves without resorting to tweetstorms or shortening wrds 2 mk thm fit. And before you ask: no, Twitter doesn't believe most people will abuse this newfound freedom.

The company has followed up a previous study with data showing that few of those with early 280-character access misused it. Only 5 percent of tweets were longer than 140 characters, and just 1 percent ran up against the new limit. Twitter expects an initial wave of people pushing the limit out of sheer curiosity (just as they did during the test run), but doesn't expect it to last. In other words, Twitter believes you'll only use more than 140 characters when you actually need it, and that shouldn't happen often.

Whether or not that's how it works in practice is still up in the air. Only a small number of people have had the option of lengthier tweets, and it's entirely possible that a much broader rollout will produce results Twitter couldn't have anticipated. It's safe to say that people aren't relishing the prospect of wordier hate speech and spam. Still, you could argue that the larger limit was overdue. Twitter chose 140 characters because of its initial dependence on SMS to send tweets, which seems quaint in an era when smartphones are commonplace and tweets can include live 360-degree video. Really, the 280-character move is an acknowledgment that the tech world has come a long way in 11 years.

In this article: gear, internet, socialnetwork, socialnetworking, twitter
All products recommended by Engadget are selected by our editorial team, independent of our parent company. Some of our stories include affiliate links. If you buy something through one of these links, we may earn an affiliate commission.