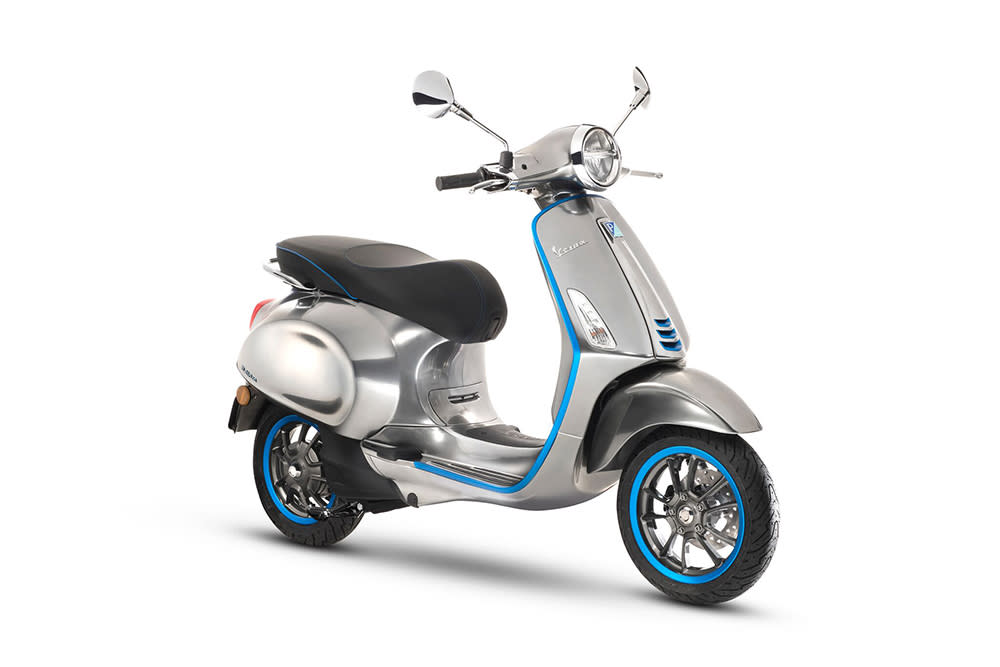 Last year, Vespa announced that it was working on an electric scooter and today it has released some specs and an approximate availability date. The Vespa Elettrica is a silent, fully electric scooter with acceleration capabilities in line with those of traditional scooters, according to Vespa. It has a 62-mile range and can be fully charged in just four hours through a normal wall-mounted electrical outlet. The battery will reportedly last around 10 years, but will drop to 80 percent capacity after 1,000 charge cycles or so. The Elettrica comes in a chrome grey color, but buyers can choose between seven color options for the decorative trim.

Along with the Elettrica, Vespa is also releasing a hybrid version -- the Elettrica X -- which can be driven twice as far as the fully electric version on a single charge. The scooters are set to be available for sale sometime in 2018, but the exact date and pricing haven't been announced just yet.

In this article: ElectricScooter, gear, hybrid, piaggio, scooter, transportation, vespa, vespaelettrica, vespaelettricax, hidden:vv_3x4:abcddfa3-cc14-3e44-a116-1279405f7ef3, hidden:vv_16x09:1761454f-55a0-3fa1-8116-eed70c41881e
All products recommended by Engadget are selected by our editorial team, independent of our parent company. Some of our stories include affiliate links. If you buy something through one of these links, we may earn an affiliate commission.