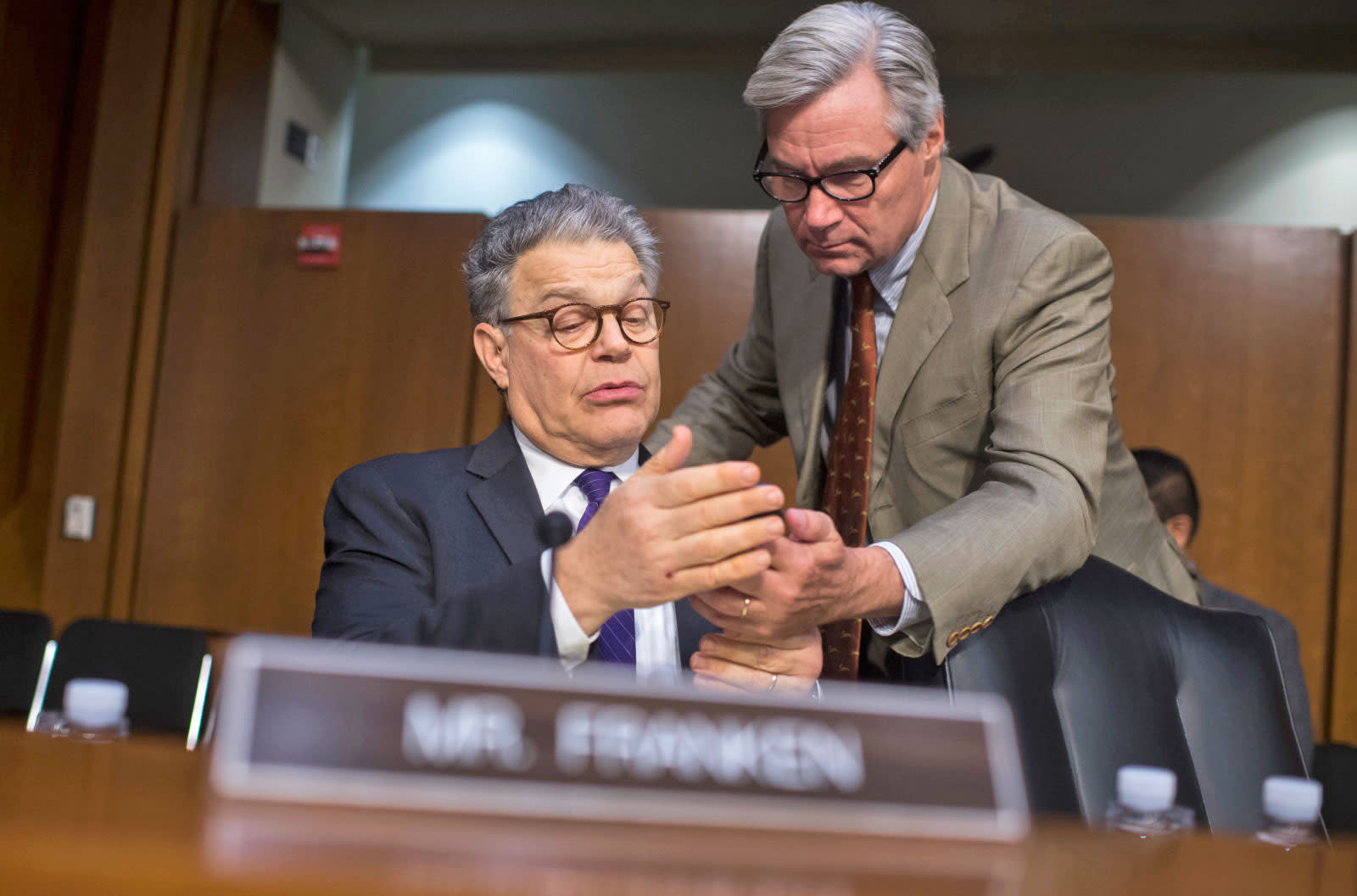 Al Franken has again raised alarms about how Facebook and Google are misusing the "unprecedented power" they wield over how the public gets information. In a speech yesterday, he pointed out that while the firms control 75 percent of all news traffic referrals, both allowed Russia to interfere in US politics despite obvious signals. "The government has a responsibility to ensure that these corporations do not endanger our national security, our democracy or our fundamental freedoms," Franken said.

The Minnesota Senator noted that news publishers spend money, time and talent chasing down stories, but are beholden to companies concerned with revenue, not informed public discourse. "The content creators that rely on [those] platforms to reach consumers have lost all their leverage," he said. "Google, Facebook and Amazon have used their algorithms to extract unfair terms and fees from those dependent on their platforms."

With this unprecedented power, platforms have the ability to redirect into their pockets the advertising dollars that once went to newspapers and magazines. No one company should have the power to pick and choose which content reaches consumers and which doesn't.

A recent example of that is Facebook's recent "pay to play" experiment that relegated publisher's articles in six markets from the main News Feed to a harder-to-reach area called the Explore Feed. That caused a stark drop in organic traffic for sites in those countries, something that would force publishers to make up the deficit by buying ads instead. Facebook said that it wasn't planning on releasing the service globally, but many publishers found the mere presence of the test alarming.

The speech came just a few days after US Congress grilled laywers from Facebook, Twitter and Google about their role in Russian meddling and abuse on the platforms. Franken participated in one of the three hearings, and was particularly critical over Facebook's inability to detect Russian-based ads. "People are buying ads on your platforms with rubles ... you can't put together rubles with a political ad and go, hmm, those two data points spell out something bad?" he asked.

Facebook recently said that it would sacrifice profit to tackle the problem of fake news, but that doesn't address it (and Google's) outsize influence over the publishing industry. That could turn into an anti-trust issue, and with that, much closer government scrutiny. "With this unprecedented power, platforms have the ability to redirect into their pockets the advertising dollars that once went to newspapers and magazines," he said. "No one company should have the power to pick and choose which content reaches consumers and which doesn't."