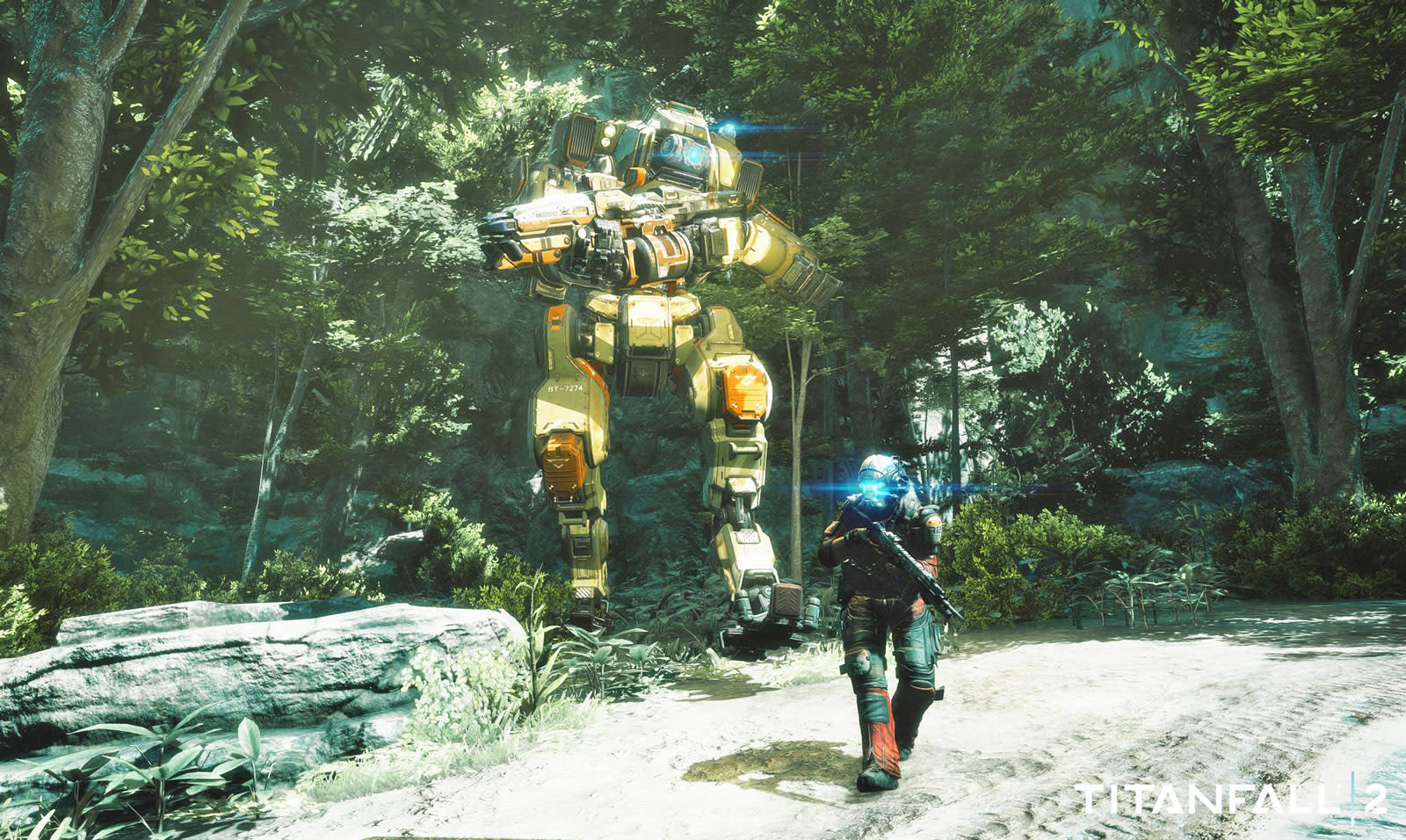 Despite Respawn continuing to support its fantastic mech shooter Titanfall 2 with new content nearly every month after releasing it a year ago, the game's playerbase has dwindled. In a recent interview, the studio's CEO noted that the game's lower-than-expected sales were due to a holiday release window crowded with huge AAA games like Battlefield 1. He said the game likely wouldn't have any more big content releases coming after August, leaving the future uncertain -- but only for the game. EA, which had published the studio's two previous Titanfall games, just announced that it has acquired Respawn in a deal valued over $400 million.

We're excited for one of the world's leading game studios to be joining EA!

The press release points out that Respawn already has a few projects underway in partnership with EA. One, a third-person Star Wars game, was announced in May 2016. This comes in stark relief just weeks after the publisher shut down the studio Visceral, which had been working on a Star Wars game for years in a long, tortured development process. Respawn is also developing a VR experience and another title in the Titanfall universe, though the press release didn't elaborate whether that would be the awaited Titanfall 3 or another mobile game.

Speaking of, the South Korean company Nexon that had published the Titanfall mobile game was reportedly in talks to buy Respawn, according to documents acquired by Kotaku. EA outbid Nexon with an offer that included up to a combined $455 million in cash, stock options and payments awarded for meeting performance milestones.

In this article: acquisition, av, business, ea, ElectronicArts, gaming, RespawnEntertainment, Titanfall, titanfall2
All products recommended by Engadget are selected by our editorial team, independent of our parent company. Some of our stories include affiliate links. If you buy something through one of these links, we may earn an affiliate commission.