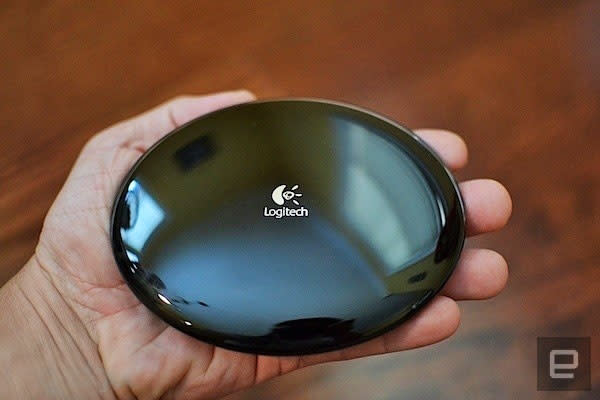 Bricking a device, which usually happens during firmware update gone wrong, is never a good thing. It's even worse when companies do it to their devices intentionally. According to emails received by users, Logitech will be intentionally bricking all Harmony Link devices via a firmware update as of March 16th, 2018. The bad news was first reported by Bleeping Computer.

Harmony Link is a smart device that allows users to control their home entertainment systems via a smartphone app. It released in 2011, and has since been replaced by the Harmony Hub. The technology is cloud-based, and apparently the company has chosen not to renew a license that will expire next year, one that the Link is dependent on. Presumably the license is expensive, and Logitech would prefer to migrate users over to the newer Harmony Hub rather than spend money on outdated tech.

While that logic is somewhat understandable, if frustrating for users, it gets worse when you take a look at how Logitech has treated the Link. Despite the knowledge that this certificate was due to expire in 2018, it has continued advertising and selling the product for years. It's basically been selling existing units in a fire sale over the past few months with a limited three-month warranty, according to Bleeping Computer. If your product is still under its warranty, Logitech will upgrade it to the Hub for free. Outside of that period, Logitech is giving customers 35 percent off a Harmony Hub.

Frankly, this isn't great. As we're more and more dependent on cloud-based devices, this is a risk we increasingly have to take into account. While it's understandable that a company would shut down support for a product it sees as obsolete, intentionally bricking the devices is a step too far. On top of that, this is a device that Logitech has continued to sell up until just a few months ago. What's really interesting is that Logitech has apparently banned the use of the word "class action lawsuit" from its Reddit page, where angry users of the Link are making their voices heard. Clearly the company knows that its users have a good reason to be frustrated.

Update: Following customer backlash, Logitch tells Wired that it will give all Harmony Link owners the newer Harmony Hub free of charge. Previously, the company said it would only do so if a Link device was still under warranty.

"I made a mistake," head of Logitech Harmony Rory Dooley explains to Wired. "Mea culpa. We're going to do right by our customers, and do the right thing."

In this article: gear, harmony, harmonylink, home, logitech
All products recommended by Engadget are selected by our editorial team, independent of our parent company. Some of our stories include affiliate links. If you buy something through one of these links, we may earn an affiliate commission.