Matrix PowerWatch hands-on: The promise of a world without chargers

Your body is this smartwatch’s power source.

When Matrix co-founder Douglas Tham handed me my review unit of the PowerWatch, I had to fight the instinct to ask for a charger. This thermal-powered wearable doesn't need one -- it gets energy by converting your body heat into electricity. It's been a year since I saw an early prototype of the PowerWatch -- a smart(ish) watch that tracks basic fitness metrics. Now, the self-proclaimed energy-harvesting company is finally ready to ship PowerWatches to the early adopters who backed its Indiegogo campaign. I spent some time with this first-generation watch in all its chunky, rugged glory and, while I still wish it were smaller and did more, I find its potential compelling.

There is no battery indicator on the PowerWatch (I mean, it doesn't really need one since it should never run out of juice). A so-called Power Meter around the watch face indicates how much energy I'm generating at any given time, filling up when I produce more. The numbers "00," "25," "50" and "75" sit at the 12, 3, 6 and 9 o'clock positions in the watch's bezel, but they don't actually mean anything, which is not only redundant but very confusing. According to Tham, that's just part of the design. Because its functions are pretty basic and its LCD screen is relatively low-powered, it doesn't take too much electricity to keep the watch running.

The bigger the temperature difference between your skin's surface and the surrounding air, the more energy the watch can produce. I noticed that the Power Meter showed two notches while I was sitting in my office, but it jumped up to about 10 units after my brisk walk home one cold evening. That increased output is due to the bigger temperature differential as well as the fact that I was moving about more, causing my body to generate more heat.

I removed the watch at 10PM, and it stayed on all the way till I picked it up again at noon the next day. Tham said the PowerWatch will keep running for up to 12 months if you don't wear it, and a PowerSave mode kicks in to conserve energy by killing non-timekeeping functions. This didn't happen when I took the watch off, though. But perhaps that's because the PowerWatch was still able to convert energy because there was a temperature difference between the surface I placed it on and the surrounding air, which Tham said can happen. 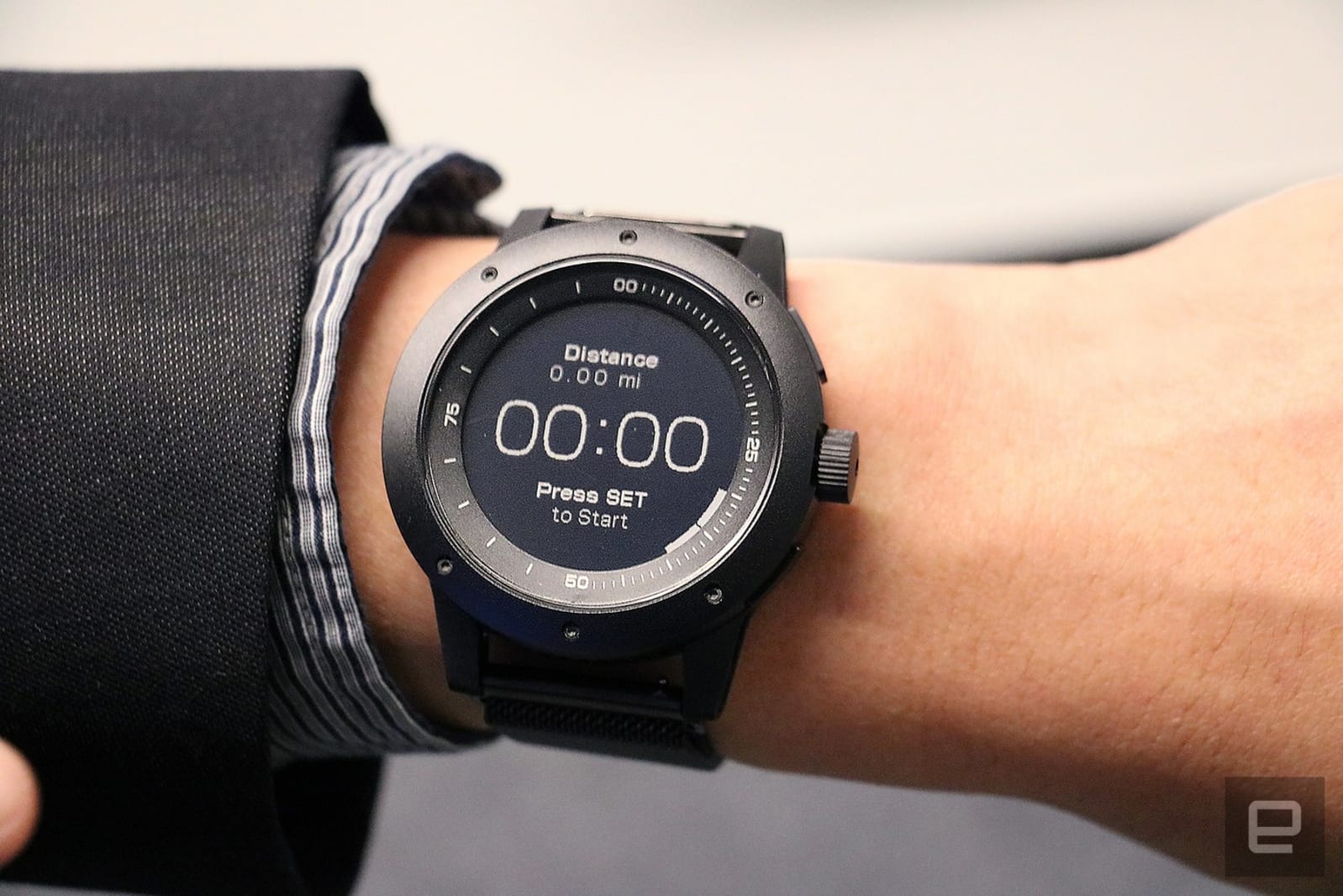 The PowerWatch can not only tell the time, set alarms and timers but also track your activity and sleep. For now, you have to press a button before you go to bed, but a software update will enable auto sleep-tracking. It also measures your calories burned differently than competing devices, which use your height, weight and daily activity to get a rough estimate. The PowerWatch uses the amount of energy you produce based on your body heat, along with your physical measurements to make a better-educated guess, making for a more accurate deduction because a calorie is defined as a unit of heat energy anyway.

The stopwatch is sort of strange. Two or three seconds after you start it, the watch just displays the word "Running" instead of the elapsed time. In fact, navigating the PowerWatch's rudimentary black-and-white OS isn't very intuitive. Because there isn't a touchscreen, you'll have to press the Mode button on the top right of the case to toggle through functions like Daily Activity, Running Mode, Stop Watch and Watch Settings. To go into any of these, you have to pause for about a second after landing on it. So to launch Running Mode, you have to press the Mode button twice, quickly enough that you don't accidentally enter Daily Activity, then hold still. 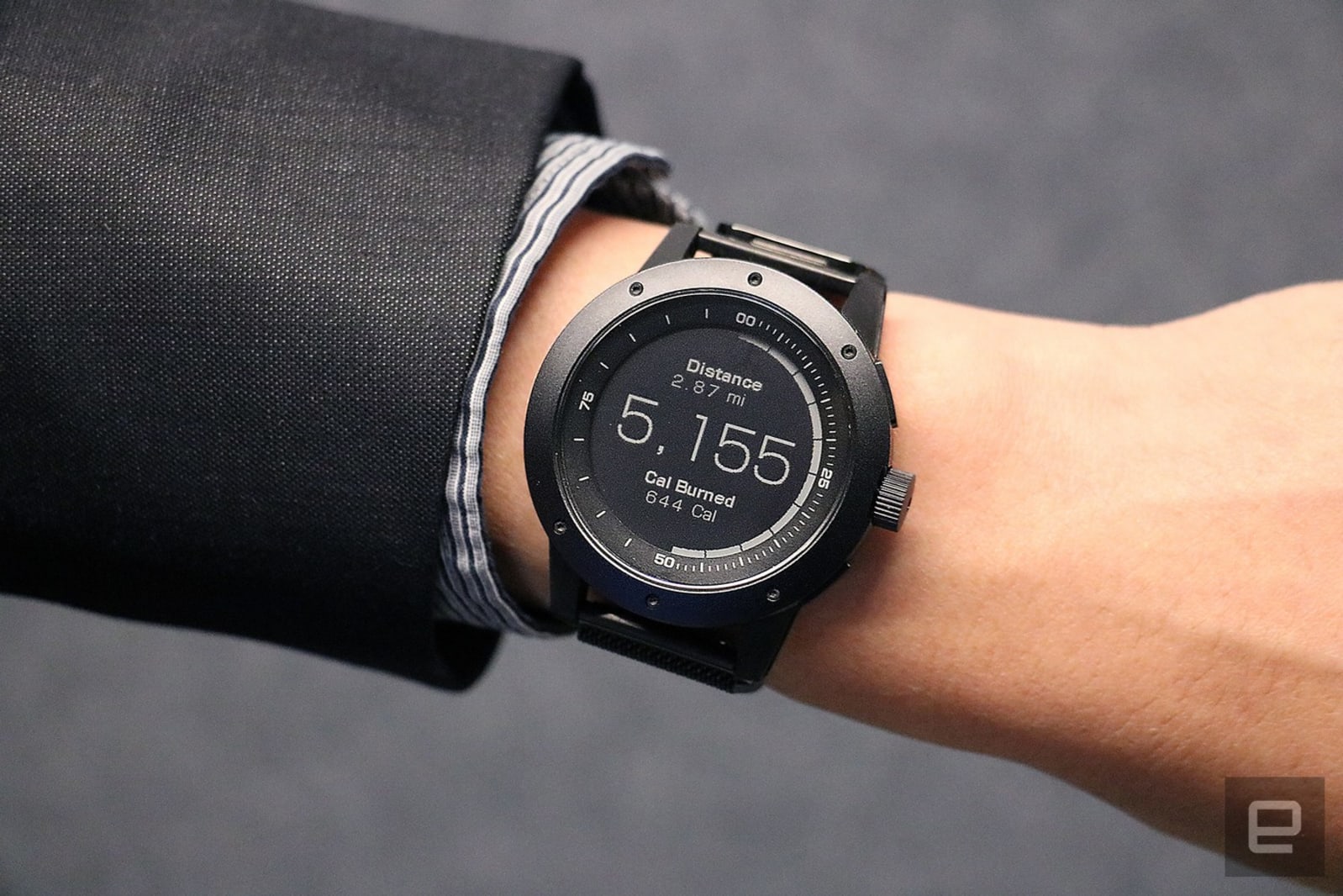 The silver version of the PowerWatch feels chunky on my relatively slender wrist. It's also the cheapest of the trio available, at $199. Tham's unit -- the $229 black model -- looks more elegant, thanks in part to the $20 22mm Milanese band he paired with it. Finally, the more-advanced PowerWatch X costs $279, displays incoming alerts from your phone and has a better water-resistance rating of 20 atmospheres (up to 200 meters) compared to the 5 atmospheres (50 meters) on the regular watches.

Ultimately, the PowerWatch is too basic and hefty for me to keep wearing it, especially when I need to fit into the tighter sleeves of my winter coat. But I'm still intrigued by the PowerWatch's ability to survive sans charger, and honestly, I hope Matrix can take this technology mainstream. I never want to charge a device ever again.

All products recommended by Engadget are selected by our editorial team, independent of our parent company. Some of our stories include affiliate links. If you buy something through one of these links, we may earn an affiliate commission. All prices are correct at the time of publishing.
View All Comments
Matrix PowerWatch hands-on: The promise of a world without chargers