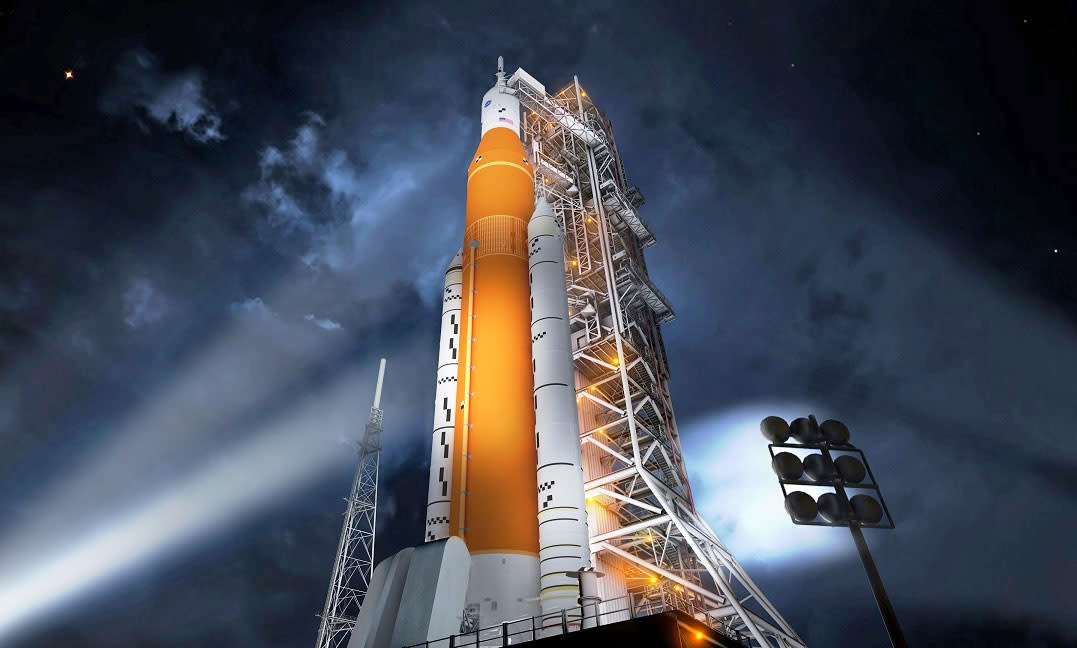 NASA is aiming to launch its deep space-bound Space Launch System (SLS) in December 2019, even though a review has suggested it's not likely to fly until mid-2020. The launch date has already been pushed back once due to technical issues, but NASA is confident it will hit its 2019 target and has taken steps to "protect" the launch date.

"While the review of the possible manufacturing and production schedule risks indicate a launch date of June 2020, the agency is managing to December 2019," Robert Lightfoot, acting NASA administrator, said in a statement. "Since several of the key risks identified have not been actually realized, we are able to put in place mitigation strategies for those risks to protect the December 2019 date."

The proposed uncrewed mission, known as Exploration Mission-1 (EM-1) will lay the foundations for EM-2, the first crewed mission, which is slated for 2023. Despite EM-1's setbacks, NASA is keeping EM-2 on schedule by planning tests for the rocket's launch abort system before EM-1, instead of afterwards, as originally proposed. NASA's clear objective is getting humans into deep space, and to preferably be the first space agency to do so (SpaceX is quickly catching up), but its delays do mean its focused on getting it right the first time around.

In this article: launch, Mars, NASA, Orion, SLS, space, SpaceLaunchSystem, SpaceX
All products recommended by Engadget are selected by our editorial team, independent of our parent company. Some of our stories include affiliate links. If you buy something through one of these links, we may earn an affiliate commission.