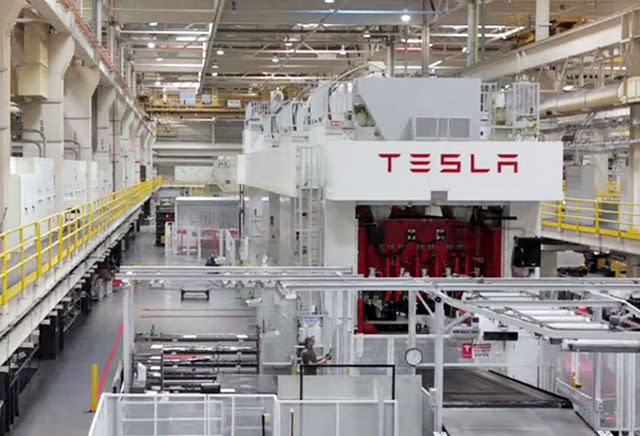 Tesla is buying private machining company Perbix, possibly in a bid to mitigate the woes the car manufacturer announced last week, when it blamed a $619 million quarterly loss on production "bottlenecks". Perbix has been supplying Tesla with parts for nearly three years, but the acquisition will allow the company to produce more parts in-house, helping it fulfill its ambition to "build the machine that makes the machine".

Unfortunately, Tesla is struggling to build any machines at the moment, announcing alongside its earnings report that it won't be able to meet its target of producing 5,000 Model 3 sedans a week during 2017. It's not been revealed how much Tesla paid for Perbix, but financial filings show owner James S. Dudley was given more than $10 million worth of Tesla stock for the deal. Perbix is an expensive solution to Tesla's issues, then, but the cost pales in comparison to the sums Tesla will lose if it doesn't get on top of its production problems.

In this article: acquisition, electricvehicle, ElonMusk, Model3, Perbix, Tesla, TL17BUY, transportation
All products recommended by Engadget are selected by our editorial team, independent of our parent company. Some of our stories include affiliate links. If you buy something through one of these links, we may earn an affiliate commission.