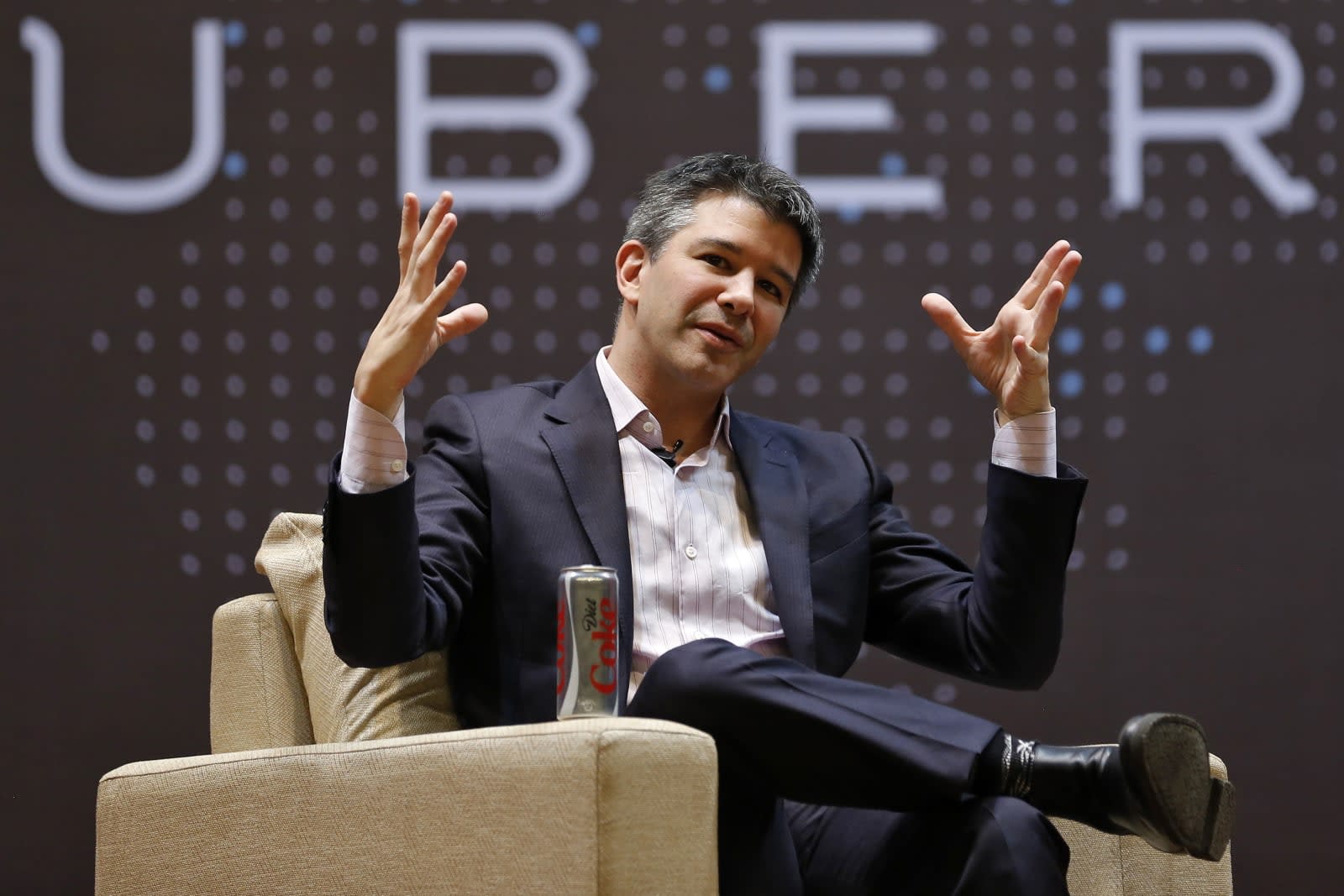 After plenty of negotiation, Uber is about to get a valuable investment... in return for a few favors. Sources speaking to Bloomberg, Recode and TechCrunch have learned that Uber and SoftBank have finalized a deal that should see SoftBank and an investment group pour $10 billion into the company ($1 billion directly, $9 billion buying existing shares) while limiting the control of former CEO Travis Kalanick. He'll still have some influence, but he won't retake the throne -- and it'll end a nasty legal battle, too.

Kalanick reportedly gets to keep a place on Uber's board of directors, and will have the power to appoint two extra seats. Any future changes will require a majority approval from the board, though. With these changes in place, Benchmark (a key Uber investor) will drop a lawsuit against Kalanick. Recode hears the deal depends on Uber shareholders offering enough stock for sale (SoftBank might have to pay extra otherwise), but it's clear both sides are at least willing to bet that this will happen.

Provided everything goes through, the deal could solve multiple problems at once. Uber would ease worries that Kalanick might somehow stage a coup, ends a bitter court battle and, most importantly, gets funding it needs to fulfill its strategy. The transportation firm is still bleeding cash, and it doesn't have a cash stockpile large enough to simply ride things out until it can turn a profit. SoftBank's investment could give Uber considerably longer to sort out is business model and fulfill long-term plans for self-driving cars.

Update: That was fast. Uber has already confirmed interest in the deal, issuing a statement that this will help "fuel our investments in technology" while helping with expansion and its leadership. You can read the full statement below.

"We've entered into an agreement with a consortium led by SoftBank and Dragoneer on a potential investment. We believe this agreement is a strong vote of confidence in Uber's long-term potential. Upon closing, it will help fuel our investments in technology and our continued expansion at home and abroad, while strengthening our corporate governance."

Update 2 (11/13): Softbank has responded, making clear that the deal isn't done yet, (as Uber stated, it is a "potential" investment. In a statement to Reuters, the company said: "If conditions on share price and a minimum of shares are not satisfactory for the SoftBank Group side, there is a possibility the SoftBank Group may not make an investment."

In this article: benchmark, business, gear, internet, ridesharing, services, softbank, transportation, traviskalanick, uber
All products recommended by Engadget are selected by our editorial team, independent of our parent company. Some of our stories include affiliate links. If you buy something through one of these links, we may earn an affiliate commission.