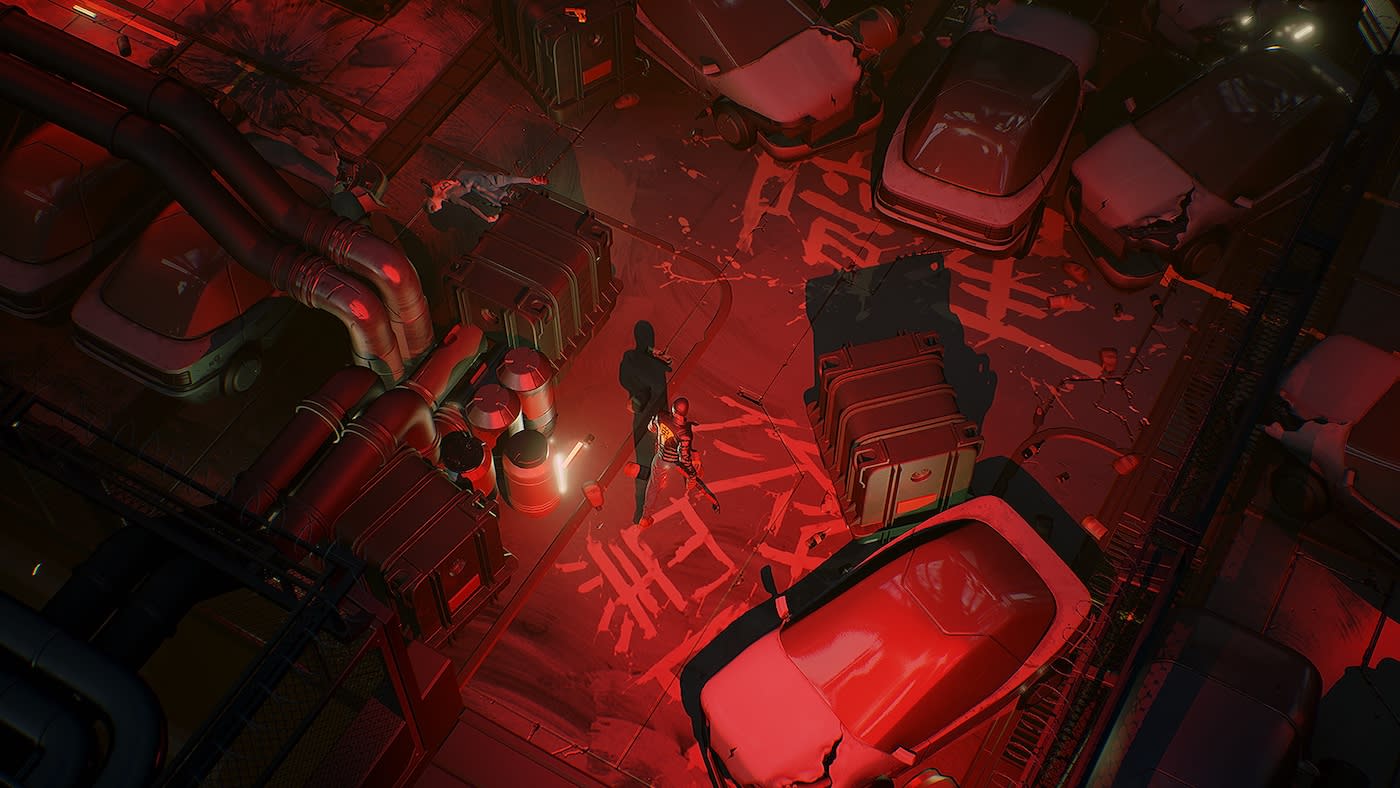 Why your favorite indie game may not get a boxed edition

The ESRB and console makers are putting the squeeze on specialty publishers.

The Entertainment Software Rating Board is not a government entity. In fact, it was created in the 1990s specifically to keep Congress out of the video game industry, at a time when lawmakers were loudly condemning the infusion of digital violence in popular culture. The ESRB was modeled after the film industry's MPAA, doling out ratings for video games in North America. Back in the Clinton era, there were no federal laws requiring publishers to display ratings on their games, and there still aren't today.

The ESRB oversees the entirety of the video game ratings system, from AAA to independent developers and specialty shops like iam8bit, Special Reserve and Limited Run Games (which release physical editions of digital indie titles). This year, the ESRB announced a change to its rating policy that rocked the very foundation of Limited Run Games' business model.

Before September, it was possible to launch a boxed version of an existing, digital-only game without paying for an additional ESRB rating. This policy allowed Limited Run to be a lean operation, avoiding ESRB fees and still releasing physical versions of weird digital games (all of which are already rated by the ESRB).

In September, the board announced a new tier for rating digital-to-physical games, allowing any title with a development budget of $1 million or less to be rated as a boxed product for $3,000, rather than the standard submission price of more than $10,000. With this change, all three console manufacturers made it a requirement for every game to pay this fee and carry an ESRB rating -- even physical launches of digital titles. 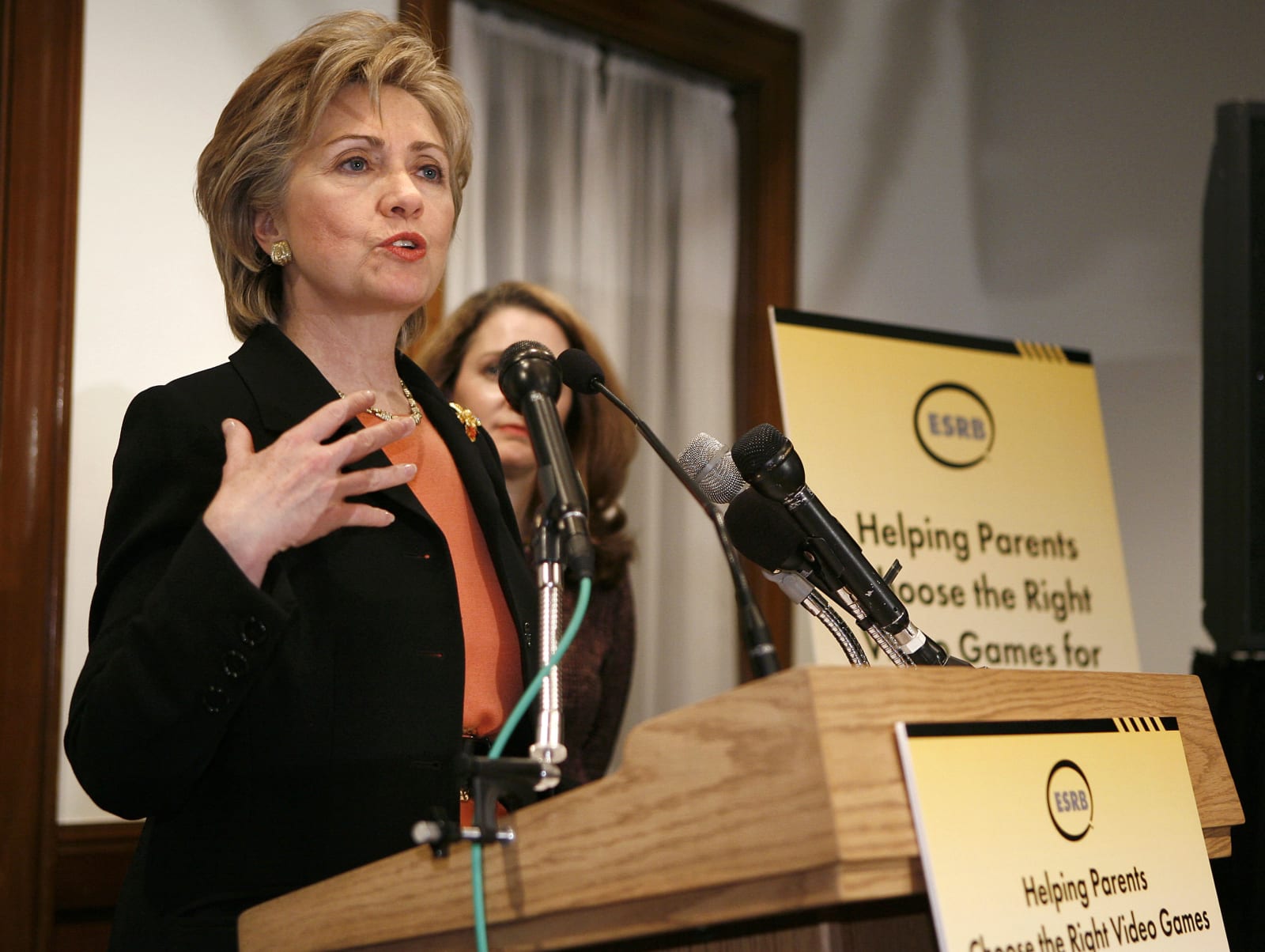 "Obtaining ESRB assigned age and content ratings has always been voluntary," an ESRB spokesperson tells Engadget. "That said, many US retailers, including most major chains, have policies to only stock or sell games that carry an ESRB rating, and console manufacturers have typically required games that are published on their systems to be rated by ESRB."

In this case, "voluntary" is a complicated term. Developers aren't legally required to slap an ESRB rating on their games, but without one, they're shut out of the mainstream marketplace.

"There's no nice way to put it; they basically have a monopoly," Douglas Bogart, co-founder of Limited Run Games, says about the ESRB. "There's no one above them. You have to follow their rules. Your business basically lives or dies by their whim, which is really scary, in my opinion."

Limited Run Games specializes in producing physical copies of otherwise digital-only, independent console games, in small batches. These are collectors' items for fans of cult hits, strange projects and underappreciated gems. The whole endeavor is meant to preserve the indie industry for posterity. With hundreds of new games coming out nearly every day, it's easy to lose a tiny, digital-only title into the ether -- unless its box is sitting on your shelf, snuggled between Halo and Zelda.

The new mandate is a hurdle for Limited Run, which attempts to cover production fees for all of the indie games they box up, taking a portion of the profits afterward. Since Limited Run sells the physical editions through their own storefront, they've historically not needed to secure additional ESRB ratings or pay any fees. Now, Limited Run and the developers they work with are required to pay at least $3,000 to the ESRB if they want to get physical. "We can't just sign any game we want any more solely based on whether we liked it or not," Bogart says. "It needs to have a broader appeal so it can sell more units. Basically, this killed off small-run indie games. Video games have a high cost as it is and then adding that ESRB fee on top of it, pretty much makes it unfeasible."

Some indie developers hit it big with a sub-$1 million game, and for them, the new tier is a great discount. However, for many small developers, $3,000 is an insurmountable barrier.

"That's a whole month's salary for some developers, or funding for their next game," Bogart says. "Some of these people are literally living meal-to-meal."

Limited Run co-founder Josh Fairhurst adds, "The physical release that we're putting out could be the difference between them living another day as game developers or closing up shop and going back to something else. I think that what we're doing in terms of making them money is really important."

And then there's the necessary Long Form rating process itself, which can add months to a boxed edition's release schedule.

"It takes considerably longer now to get a game through the entire process to market, and it also hurts the developer on how much money they're getting," Bogart says. "It's delayed a lot of our stuff, which, as a business, hurts."

For AAA and mid-size publishers, the new, discounted rate for digital-to-physical games is a net positive -- if they publish a game that cost less than $1 million to make, they get to save a few thousand dollars in rating fees. Small indies, however, are now on the hook for at least $3,000 if they want to release a physical product through a service like Limited Run, iam8bit or Special Reserve Games. It's not surprising the new rules favor large publishers over small ones, considering the ESRB's reliance on the multi-billion-dollar AAA gaming market.

The Entertainment Software Association founded the ESRB in 1994, as Congress was holding hearings about violent and sexual content in games like Mortal Kombat and Night Trap, threatening to impose regulations on the entire industry. The ESA is the trade association behind the Electronic Entertainment Expo, or E3, and its due-paying members include the most prominent names in games: Activision Blizzard, Electronic Arts, Microsoft, Nintendo, Sony Interactive Entertainment, Tencent and 31 other companies. Aside from a few well-established mid-tier publishers like Focus Home Interactive and Gearbox, the independent industry is not represented in ESA membership.

The ESA oversees the ESRB. All three major console manufacturers are on the board, and all three agreed to mandate the new digital-to-physical rating tier this September.

"They just made it harder for us smaller publishers," Bogart says. "In some cases, you're going to see the small publishers probably shrink and go back to digital-only, which is what we were trying to prevent."

The ESRB has streamlined the rating process for indie developers over the years -- in 2011, it rolled out a free, automatic rating system for digital games; it's still free today. Plus, the ESRB and ESA have invested heavily in the International Age Rating Coalition, which offers free ratings from authorities across the globe. And for midsize or super-successful small studios, the new fee is a real value, implemented "to accommodate publishers of digital games with a small development budget who didn't initially anticipate releasing their game in a physical form at retail," as the ESRB puts it. Still, the mandate puts specialty publishers, who tend to work with smaller indie games, in a difficult situation. Limited Run hasn't had to cancel any projects because of the new rules -- but Special Reserve Games has. Ruiner, a highly acclaimed cyberpunk game from independent Polish studio Reikon Games, was on track to get a physical edition this year, courtesy of Special Reserve. However, on Halloween, the company canceled the boxed version, citing the ESRB's new mandate:

"In late August, the ESRB announced a new mandate for all physical releases across all consoles would soon be required, and shortly after we announced our intention to produce Ruiner, we received word that this mandate would be applied to it and future new game releases. The process of obtaining this rating comes with a fee that puts the production costs for new releases like Ruiner out of the acceptable range for us to produce physical discs for PS4. This decision was agonizing, and we have tried multiple ways to reach a compromise, but sadly, we have had to change our plans to produce our intended collector edition PS4 discs for Ruiner."

Not every small-batch publisher has a problem with the ESRB's new rules. Iam8bit, for example, tells Kotaku it supports the board's decision, noting that ratings help parents decide which games are suitable for their kids, whether they're shopping online or in the real world. This is the ESRB's founding principle, after all -- keeping ultra violent, sexual or otherwise "inappropriate" games out of young people's hands.

Fairhurst just doesn't see how this mission applies to his business at Limited Run.

"The thing that I think is crazy about this is the ESRB was created to give parents the knowledge that they need to make good purchasing decisions for their children, but there's not parents wandering onto our site and, in the 10-minute window that we have a game available for sale, picking up the game for their kid's birthday," he says. "They're not uninformed. They're a very specific type of customer that knows what they're buying."

If the ESRB is going to impose a fee on digital-to-physical games, Bogart would like to see it based on the number of discs a publisher will actually produce. Limited Run generally only presses 2,000 or 3,000 copies of a single game, while AAA publishers will press -- and sell -- hundreds of thousands. For a major publisher, $3,000 or even $14,000 represents just a sliver of a game's development costs. For Limited Run, the fee raises its costs 20 percent to 100 percent, Bogart says.

"Having to pay for a rating hurts us significantly more than the bigger publishers," he says. "This might have been seen as a win for a lot of the bigger publishers, but for us that do smaller runs, they're not taking into consideration how many copies we're printing. And the fee itself is what hurts us."

Technically, there are no laws forcing publishers, developers or small-batch distributors to have their games rated. Technically, ESRB ratings are part of a voluntary system. But, practically, the ESRB has the power to dramatically disrupt gaming's small-batch industry.

"If the ESRB doesn't let us get through the process of getting a game rated or it's too expensive, that's a release we have to cancel," Bogart says. "That's potential money we lost for the company and for the developer. If that keeps happening or we keep getting fees from the ESRB for whatever the violations are, they can take us out pretty quickly."