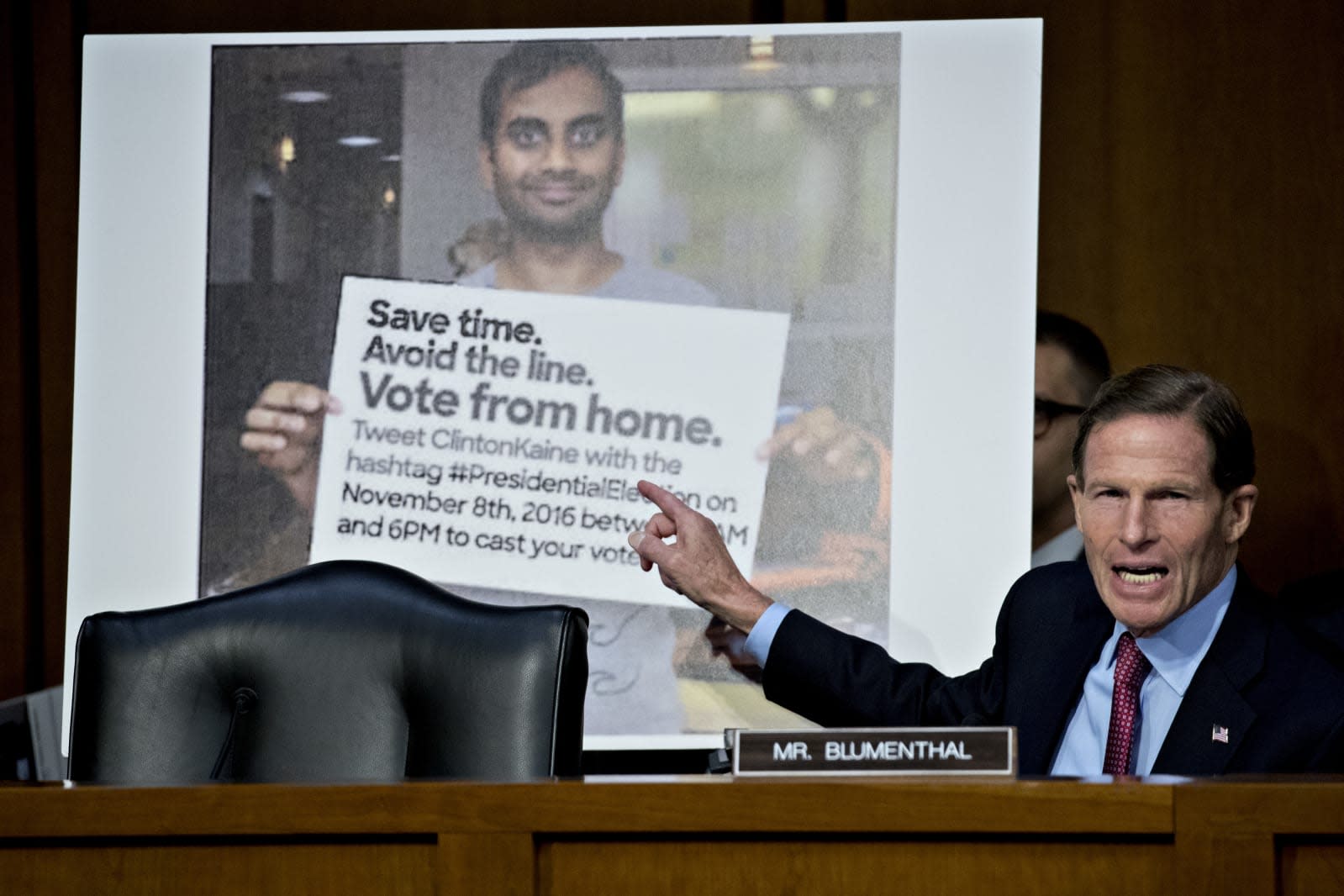 It's not just companies like Google asking the Federal Election Commission to improve disclosure for online political ads. A group of 15 Democrat senators (led by Sens. Claire McCaskill, Amy Klobuchar and Mark Warner) has filed an official comment calling on the FEC to take "immediate action" increasing the transparency for internet political ads. Russia took advantage of exemptions in political ad law to influence the 2016 presidential election without revealing its involvement, the senators argued, and that could be "the norm" if the Commission doesn't step in. Internet ads should be scrutinized just as closely as their TV and radio counterparts, according to the senators.

The filing comes just a day before the end of a comment period on a proposal that the FEC should update its election ad rules. It also follows less than a month after a bipartisan group of senators introduced a bill that would ask online companies to follow the same political ad rules as conventional media.

There's no guarantee that the comments will influence the FEC's position. However, it illustrates the sense of urgency among those worried Russia will try to skew future elections. The 2018 midterms are less than a year away -- if there's going to be any kind of impact, lawmakers can't afford to wait.

In this article: ads, advertising, election, fec, federalelectioncommission, gear, government, internet, law, legislation, politics, russia, transparency
All products recommended by Engadget are selected by our editorial team, independent of our parent company. Some of our stories include affiliate links. If you buy something through one of these links, we may earn an affiliate commission.