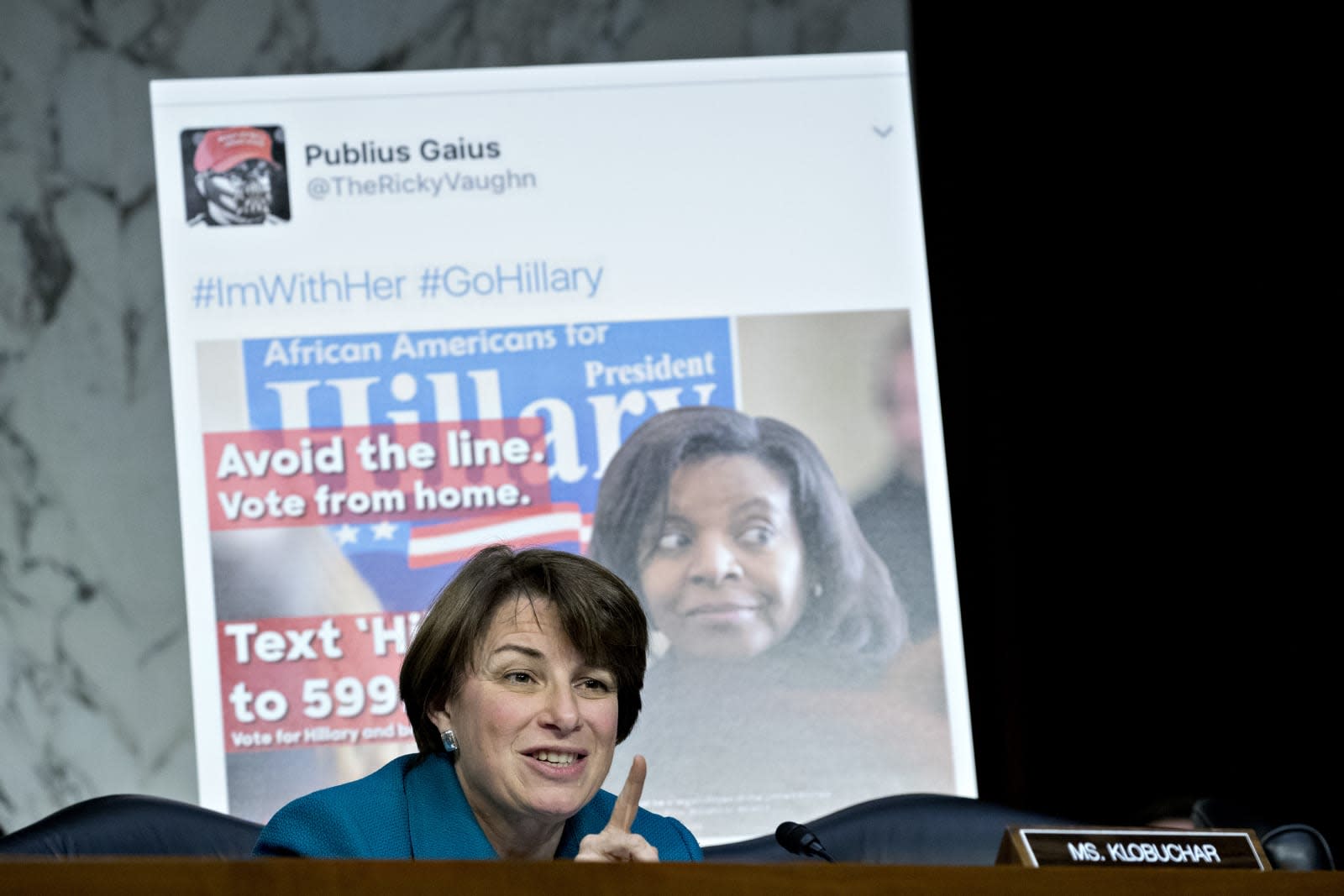 It's no longer shocking that bogus, Russia-backed Twitter accounts tried to influence voters in the 2016 presidential election. But how long did it take this apparatus to get started? Not long at all, apparently. A Wall Street Journal analysis has determined that Russian Twitter accounts started promoting Donald Trump mere weeks after he announced his candidacy in June 2015, not December 2015 as the US intelligence community said in its election report. In addition to heaping heaping praise on Trump, many of these early posts attacked the Republicans' then-favorite Jeb Bush as well as the Democrats' Hillary Clinton.

The support for Trump was clear even at that stage: there was a 10-to-1 ratio of praise to criticism among the bogus accounts, a figure that would climb to 30-to-1 when the election was two weeks away. Identical messages often showed up within minutes of each other, hinting at tight coordination. And those posts that didn't fit the pattern typically came from accounts that were bent on manipulating social tensions, such as Black Lives Matter protests and Texas' secession movement.

And as illustrated earlier, some of these accounts got plenty of attention. One account for a fake conservative Texan woman amassed roughly 70,000 followers, including Lt. Gen Michael Flynn and Sean Hannity.

The WSJ warns that its ability to measure the full timeline is limited: as Twitter removes tweets the moment it suspends an account, it's difficult to go back and see every post. It's possible that the initiative started earlier or had different ratios. Nonetheless, the findings suggest that Russia's social influence campaign favored Trump right from the start, well before it was clear how he would fare in the Republican primaries or the general election.

In this article: donaldtrump, gear, internet, politics, russia, socialnetwork, socialnetworking, trump, twitter
All products recommended by Engadget are selected by our editorial team, independent of our parent company. Some of our stories include affiliate links. If you buy something through one of these links, we may earn an affiliate commission.