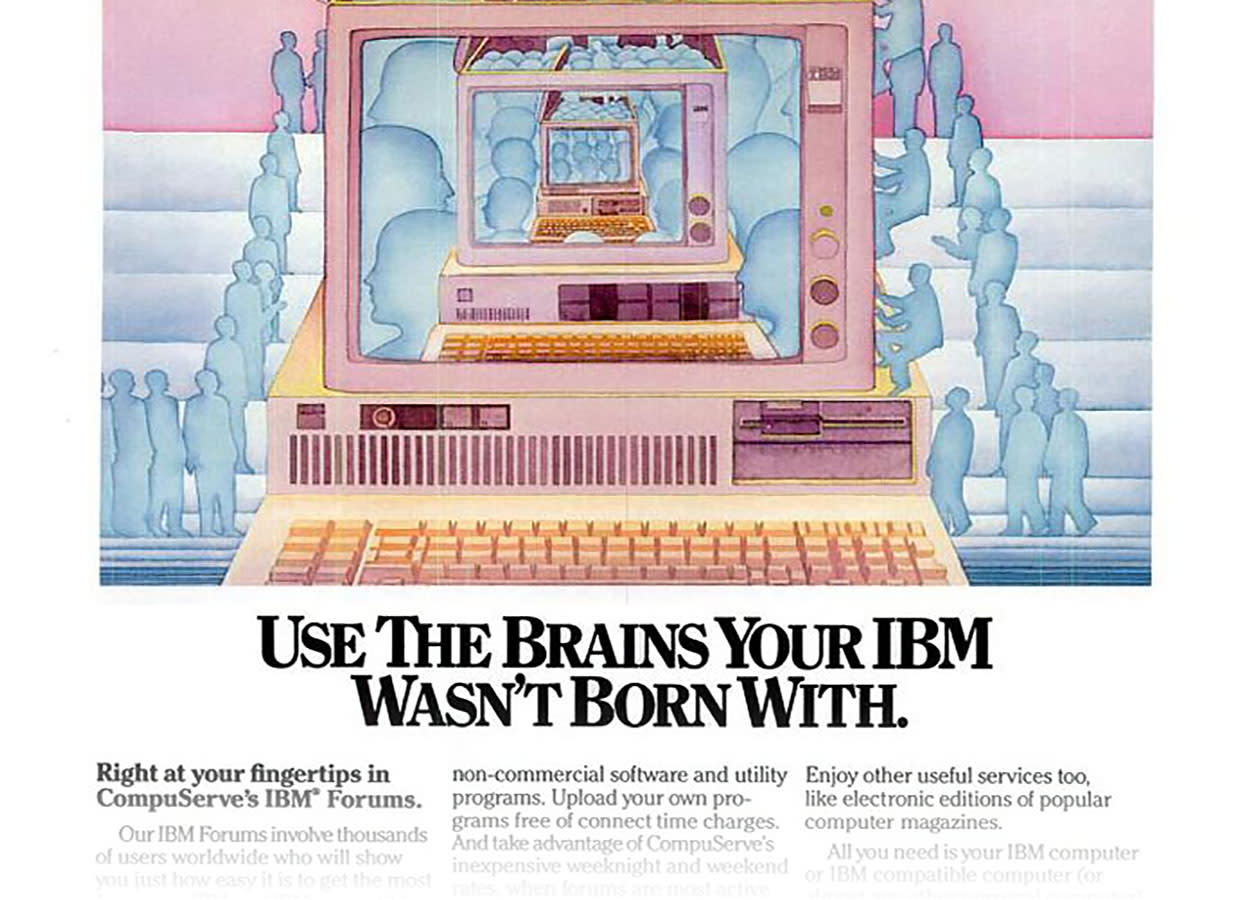 It turns out that Instant Messenger (AIM) isn't the only thing that AOL is shutting down next month. On December 15th, Oath (AOL and Engadget's dear parent) is also closing what remains of the CompuServe forums which, yes, still actually exist. CompuServe had the first ever mainstream online forums well before the internet came along, letting users connect to its central servers via old-school dial-up modems. You can credit (or blame) the company for allowing some of the first online group chats about subjects like investing, politics and religion.

CompuServe provided a less nerdy alternative to BBS systems, making it easier for investors, gamers and families to connect to services and meet others online. The company charged a whopping $5 an hour, which didn't include the telephone line, by the way. When AOL came along in 1991 with lower prices, followed soon after by the internet, it was the start of a long descent for CompuServe. Its parent, H&R Block, sold it to AOL in 1998 for what probably seemed then like all the money, $1.2 billion.

After AOL bought CompuServe, it renamed it to WorldCom Advanced Networks. That division eventually purchased the MCI telecommunications group and, after a bankruptcy, was renamed MCI. Verizon, the parent of Oath and AOL, eventually acquired MCI, completing a weird circle of old-school tech acquisitions.

When it shut down AIM, Oath VP of communications Michael Albers told Engadget that "it ignited a cultural shift ... [but] the way in which we communicate with each other has profoundly changed." Obviously, that applies in spades to CompuServe, a much older technology.

While much reduced from their glory days, the forums still have an active user community which is obviously dismayed by the news. "I'm in the stunned-and-disbelieving phase, which will no doubt last a while," said one member. So, if you're old enough to remember the squeal of a 1,200 baud modem, pour one out for another deceased technology.

In this article: AOL, Closing, CompuServe, Dialup, Forums, gear, internet, pre-Internet, TL19CNTNT
All products recommended by Engadget are selected by our editorial team, independent of our parent company. Some of our stories include affiliate links. If you buy something through one of these links, we may earn an affiliate commission.