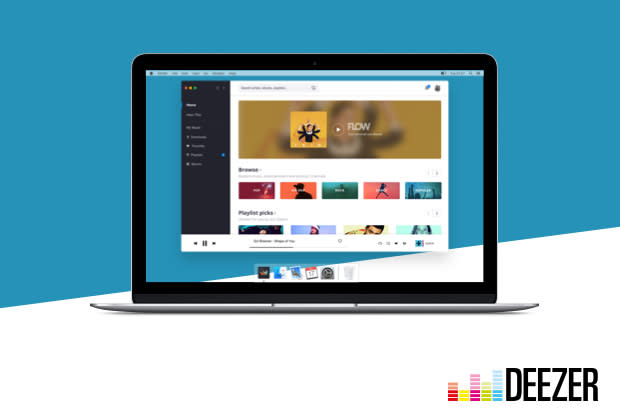 Music streaming service Deezer moved beyond Bose and Sonos speakers a couple of months ago in US markets, expanding its subscription offerings to pretty much everyone via a mobile app. Around the same time, Deezer opened up its HiFi tier to any speaker with Chromecast built-in. Now, the company is bringing exclusive video content and a free trial of Deezer's $20 per month HiFi service to a new desktop app for macOS and Windows.

As noted by The Verge, the new desktop app makes Deezer the second service to offer lossless audio on desktop, after Tidal. Currently in beta, the new app will allow access to Deezer's 43 million tracks as well as Flow, the service's feature that uses your listening habits to create a custom playlist, like Spotify's Daily Mix or Apple Music's personalized playlists. Desktop users will also get exclusive videos with interviews and performances from artists. Subscribers in France, Germany, UK, Brazil and Latin America can expect local content in the app as well.

Deezer's Premium+ service runs $10 per month, in line with its competitors. Its HiFi offering is $20 per month, and you can get a trial of the latter on the desktop if you're a subscriber to the former through the end of the year. What's more, the beta version of that new desktop app is available today.

In this article: av, beta, Deezer, desktop, gear, HiFi, macos, premium+, Windows
All products recommended by Engadget are selected by our editorial team, independent of our parent company. Some of our stories include affiliate links. If you buy something through one of these links, we may earn an affiliate commission.