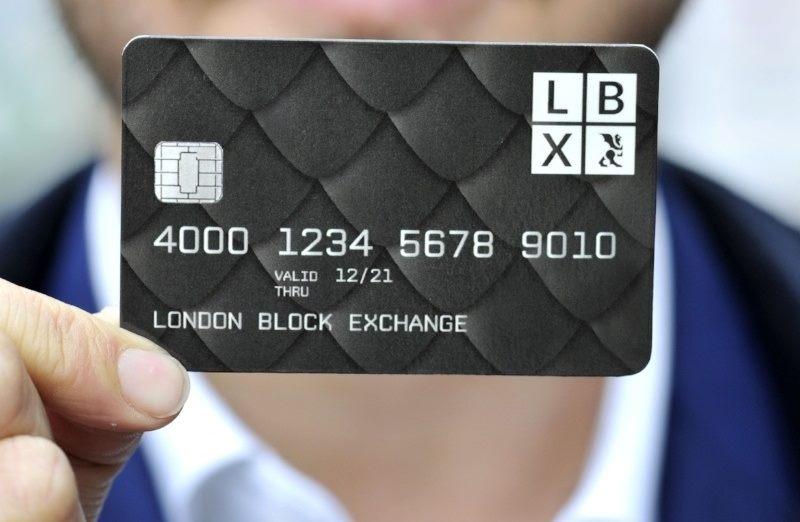 With Bitcoin trading at all time high, investors are working out whether it's best to sit on their stockpile or make the most of it while they can. For those wishing to utilise their investment, opportunities can be limited, with only a small number of big companies currently supporting cryptocurrency transactions. London Block Exchange (LBX) wants to change that. It's launching a new Visa debit card that will let users spend their Bitcoin (and other digital currencies) anywhere across the UK.

LBX claims that the Dragoncard, which launches in the coming weeks, is the first to let investors instantly convert their Bitcoin, Ethereum, Ripple, Litecoin and Monero currency into sterling. The platform and accompanying smartphone app are secured by the same systems that underpin the UK banking system and have provisionally been approved by the Financial Conduct Authority (FCA).

When used on the High Street, customers will be charged a 0.5% fee for converting their cryptocurrency holdings into pounds at the till. The Dragoncard also comes with a one-off £20 charge and will charge a small fee for ATM withdrawals. Public pre-registrations are already open, but institutional investors will only be accepted via invitation.

Bitcoin transactions, by default, aren't typically fast. They take several minutes to complete, which has led experts to deem it unsuitable as method of payment. LBX handles the conversion itself, rather than at the point of sale, allowing it to potentially remove that headache for users altogether.

In this article: bitcoin, cryptocurrency, etherium, internet, LBX, litecoin, londonblockexchange, tomorrow, visa
All products recommended by Engadget are selected by our editorial team, independent of our parent company. Some of our stories include affiliate links. If you buy something through one of these links, we may earn an affiliate commission.