This real-life Tachikoma dukes it out with digital and real combatants.

Between the success of shows like BattleBots and the amount of interest in last month's MegaBots debacle, it's pretty obvious that people really want to watch robots fight. But while watching two mechanical titans grapple can be satisfying, few things have captured the feel of the robot battles in video games and anime. Reach Robotics' $300 MekaMon, which launches today in the Apple Store, might be the closest we've seen to capturing that cyber-future ambience. Its bots can run and climb around the physical world while also using AR to add virtual weaponry for the full Japanese mech experience.

Each MekaMon is a 2.2-pound spiderlike device with a round torso that can fit in your hand. The plastic shells have a futuristic military style, reminiscent of Ghost in the Shell's Tachikoma. But while those anime bots roll and hop around the streets of Tokyo, the MekaMon have four long legs that allow them to stroll around and traverse small steps. Leave one idle long enough and it'll even do a set of pushups to keep itself occupied.

The robots are controlled via the iOS or Android app, which is loaded with lots of options for piloting your MekaMon. It doesn't just let you control the robot's direction with a joystick. You can also choose the kind of gait the robot walks with, from a scuttle to a lumber. You can also have your MekaMon hunker down low to hide behind objects. There are even a few programmed actions thrown in for fun, like lifting its leg as if it's peeing on a hydrant and playing dead with a dramatic flair that puts Aibo to shame. 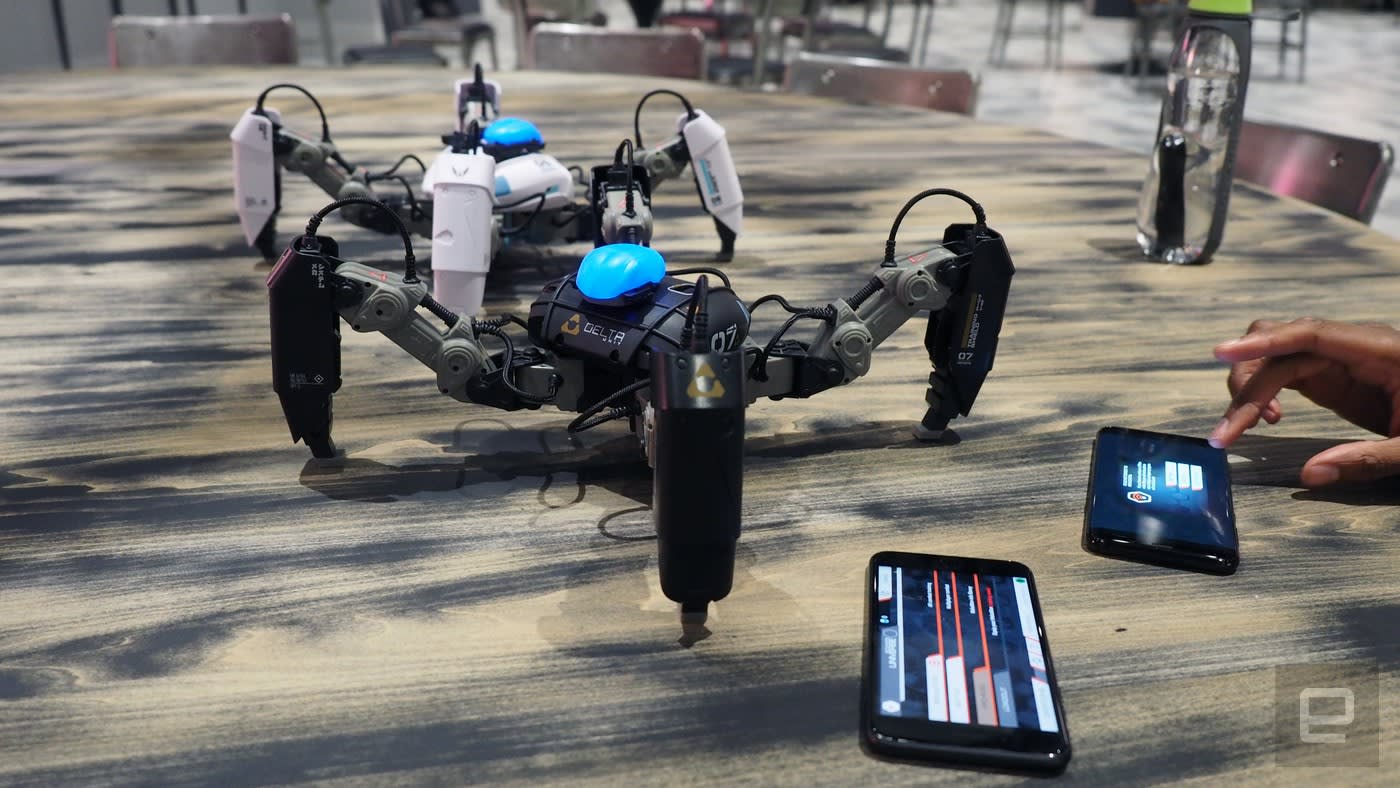 But MekaMon is more than just another robotic pet to play with. They were built for battle, and the app has two combat modes. For the single player, there's an AR function that creates virtual opponents for you to fight. You place your Mekamon on the specially-marked mat and the app will render enemy robots to destroy and towers to defend. They may only exist in the confines of your screen, but your robot will treat them as tangible things it has to avoid. So you can't ram into the simulated enemies or climb over the building you're supposed to be defending.

While duking it out in an AR version of Asteroids has its charms, where MekaMon really shines is when you pit two of the robots in a head-to-head battle in the real world. One player sets up a battle on her device that the other player joins, with the system keeping track of both robot's damage levels and other stats. You can set up a battle arena with obstacles that the robots have to climb over or barriers they can hide behind. In my testing, the robots really excelled at making it over various piles of books and squatting to fit behind a wooden box. 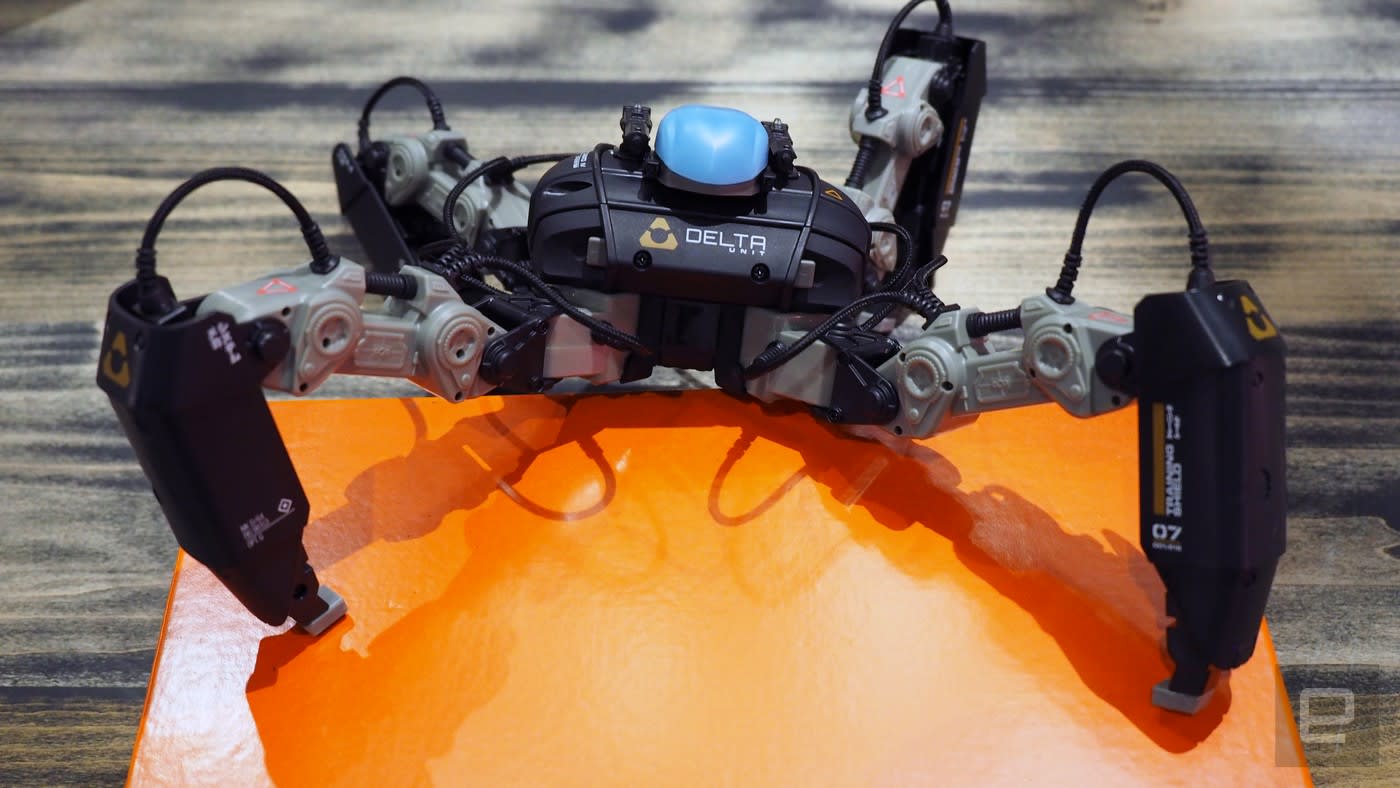 Instead of relying on brute force, MekaMon robots use virtual projectiles represented by plastic guns you snap onto its torso. These become attacks you can access in the app, with their mechanics heavily inspired by those of collectible card games like Magic: The Gathering or Pokémon. Over time you can assemble a collection of different packages of attacks and defenses, choosing which "deck" you want to equip at the start of each battle.

You can fire virtual missiles or send out EMPs. However, you can't just spam the button for a never-ending stream of fire; the robot can "overheat" and shut down for a short period of time, leaving it vulnerable. 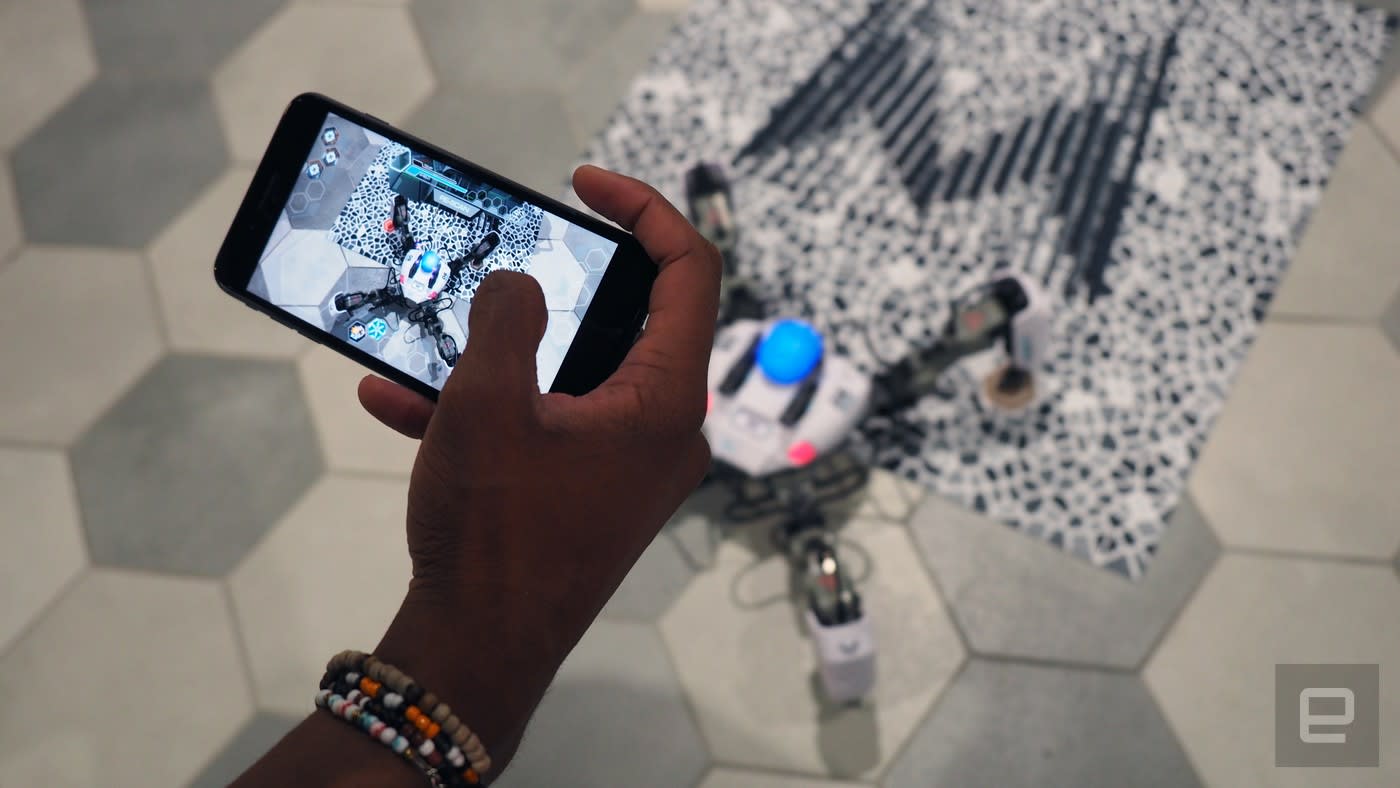 The attacks are detected via infrared sensors, like the Laser Tag matches of your youth. And just like your childhood friends, the MekaMon dials up the drama, recoiling when hit and collapsing in defeat when its energy is depleted. These reactions make each battle feel a little more visceral, which is important when there's no actual physical contact involved.

Even though they're designed to avoid actually hitting each other, each MekaMon can take quite a beating. The body is made of durable plastic and should survive some abuse at the hands of children or jealous pets. I even accidentally steered one off a table, but it landed on its feet and continued on its way with no problems. If parts came off they could have easily be popped back on or replaced completely: Each MekaMon is intended to be modded for that extra-personal touch. 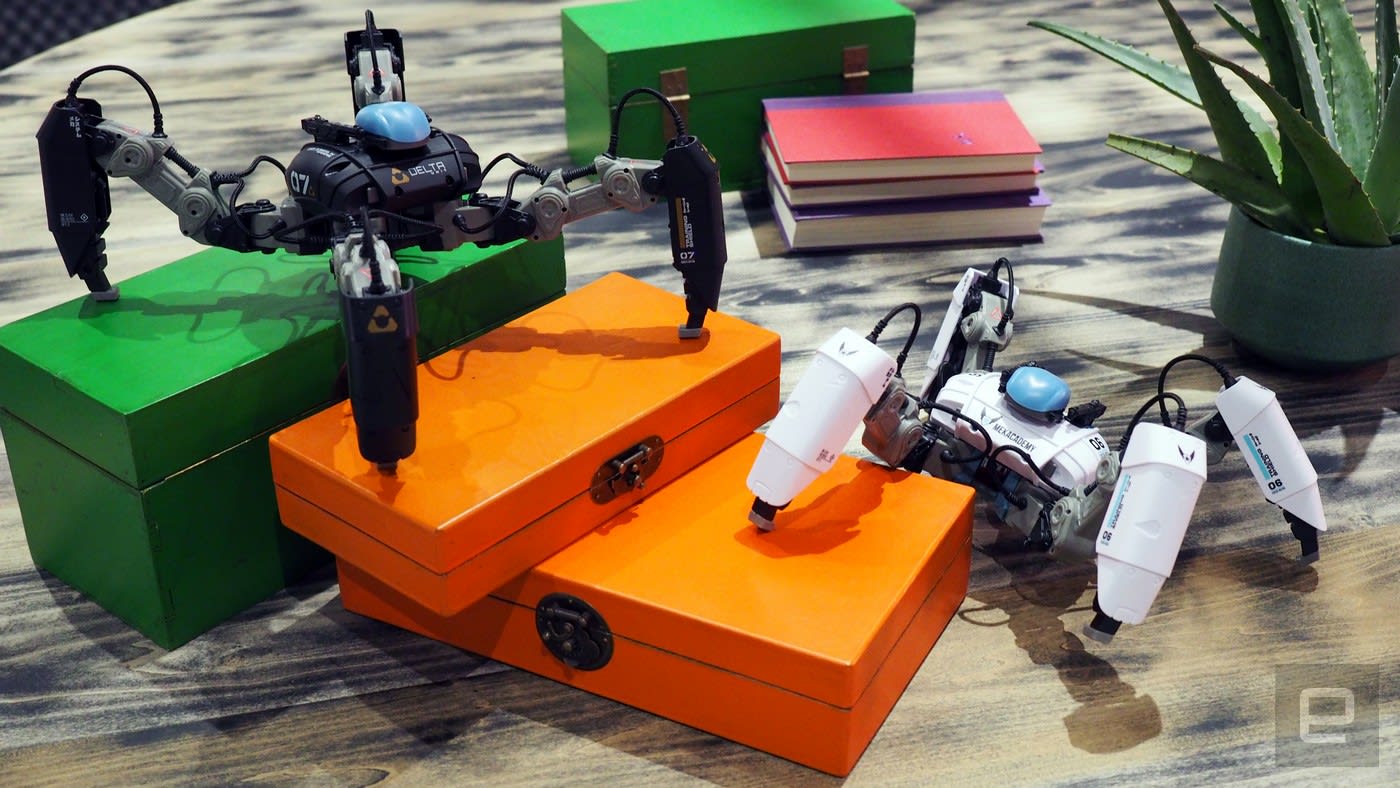 The MekaMon might have been designed for battle, but its insect-esque legs and programming tics also have the effect of making it feel more organic and familiar. Other robots like the Cozmo use an expressive face or cute voice to generate empathy, but all the spider-like MekaMon needs is a crab-like shuffle and some hilariously overdramatic death poses.