Raven and Teenage Engineering cooked up some speakers that are like nothing we've seen before.

Most people still don't know who or what Teenage Engineering is. But, those that do probably think of them as a music company — the iconic OP-1 synthesizer, OD-11 speaker and line of tiny Pocket Operator synths have earned Teenage Engineering that reputation. But more than that, the company is made of of people who love getting weird with hardware design; pushing the boundaries of what can be created is in Teenage Engineering's DNA.

Two new products Teenage Engineering designed in partnership with Raven were just unveiled at the Baidu World conference in Beijing, China, and they most definitely fit with that ethos. Simply referred to by the single letters "H" and "R," the easiest way to identify devices is to call them smart speakers. But they don't in any way resemble what Amazon and Google have trained us to think of when we think of speakers that you talk to.

Of the two products, the R is easily more striking. The prototype brings to mind Apple's iMac G4 with its pivoting arm and screen floating on top of a white dome. In this case, though, the entire construction is much smaller — there's a speaker base, a six-axis gimbal "arm" and a touch-sensitive, LED screen, all packed into a tiny frame. But unlike the iMac G4, the R can move all on its own. It's not ready for production yet, but the R uses a combo of motors and software to make the R's display look at you when you speak to it. Or, it'll just dance along to music you play. 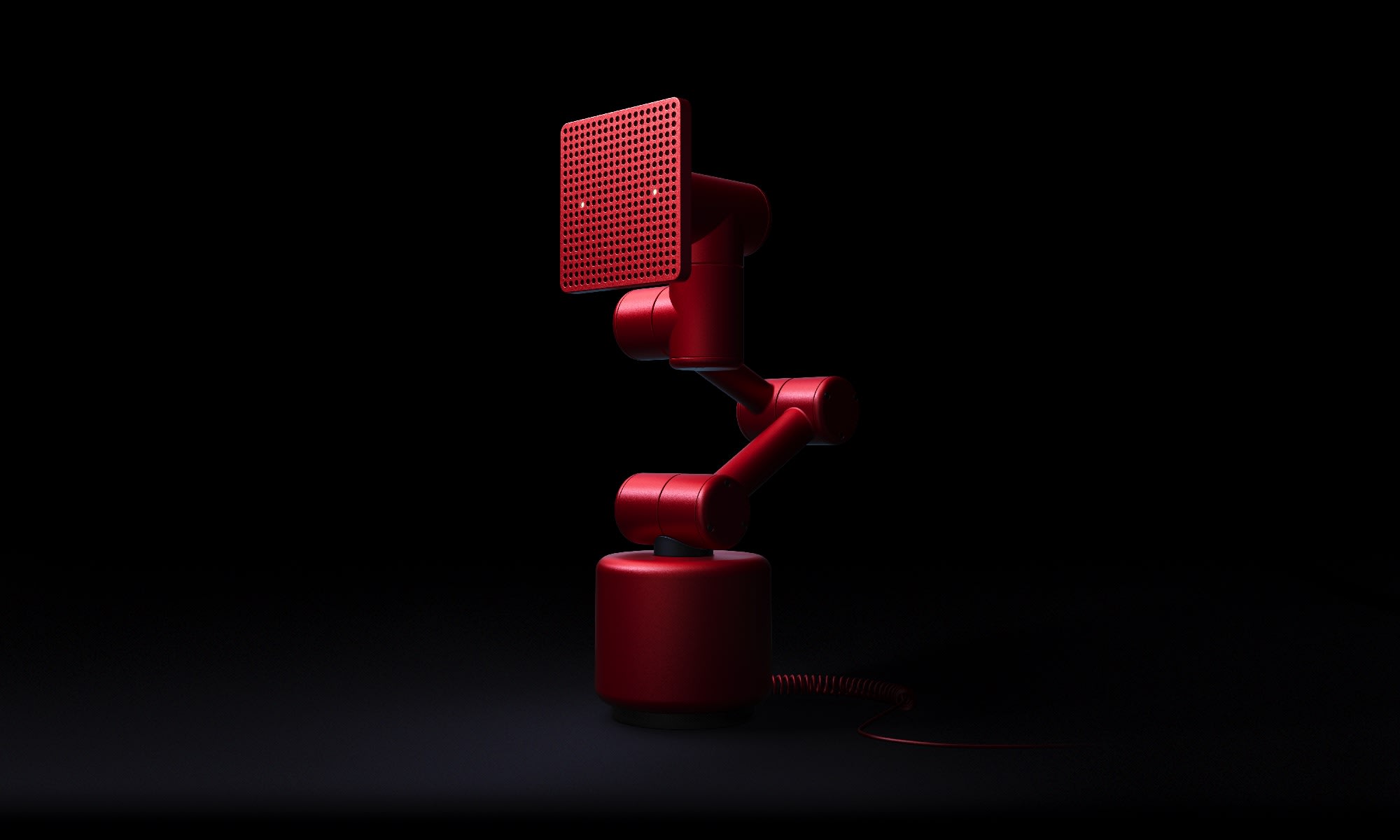 The H is a bit less ambitious, but no less distinctive. It essentially looks like a stack of colorful drink coasters, and you can even remove the top layer. Just as on the R, that top piece is a touch-sensitive LED array with built-in microphones; it also functions as a remote when you remove it from the rest of the H. Below the screen, the the H houses a speaker, more microphones and a rechargeable battery so it can be moved around the home. When it's connected, you can tilt the screen up so it faces forward when not being used as a remote.

As with everything Teenage Engineering builds, having personality is just as important as having a functional product. "In my head, [the R] is a mix between a plant and a pet," CEO and founder Jesper Kouthoofd told Engadget. "When I was doing the first sketches for the H, I was thinking of fruit. That's why it's so colorful. With the R, I thought of flowers."

That personality extends to the display itself. Kouthoofd said that its primary purpose is more for emotional connection and feedback rather than displaying information. It'll light up and respond to your voice or music that it plays; it can also show small bits of info like the time. But like the Google Home or Amazon Echo, voice feedback is the primary interaction.

While the H responds to users with visuals and sound, the R will add in motion; as such, Teenage Engineering is thinking of the R as its first foray into robotics. "Other robotics companies focus so much on having the unit move around, they don't really care about the interaction between the man and the machine," Kouthoofd said. "Teenage Engineering believes it has to give something back to the user, at an emotional level." Kouthoofd said. An example of that is how the R will respond to music. Teenage Engineering wrote custom software so that it'll analyze what's being played, divide up the beat and dance along, in time. It'll even recognize when there's a breakdown in a song and change things up.

Unsurprisingly, building the arm and its motors was the most challenging part of the process, particularly given that the team went from 3D-printed models to a working prototype in about six months. But despite the high level of engineering here, Kouthoofd hopes the speaker will be affordable — relatively speaking. "Hopefully the end product will not be a $2,000 robot," he said, "it'll hopefully be around $500 or $600." That's a lot more expensive than an Amazon Echo, but Teenage Engineering isn't afraid of charging premium prices. The OP-1 synthesizer still sells for $899, while the OD-11 speaker costs $999.

How exactly these products will work remains a bit of a mystery, largely due to the fact that both products are initially only launching in China. Most of the software and AI will be provided by Baidu and Raven, which Baidu purchased earlier this year. For those not familiar with Raven, the group now works on voice recognition and skill as well as design and hardware mechanics. Kouthoofd says it'll essentially do all the smart speaker things that devices from Google and Amazon are doing — it'll answer questions, play music, let you order food, control smart home devices and generally connect to Baidu's knowledge graph and servers to pull down info.

Kouthoofd admits that he's not 100 percent sure how the H will work in use, because his team has been so focused on the hardware side of things. But Raven had already built something similar for China; this new model will likely work the same way, just with Teenage Engineering's distinctive design language. 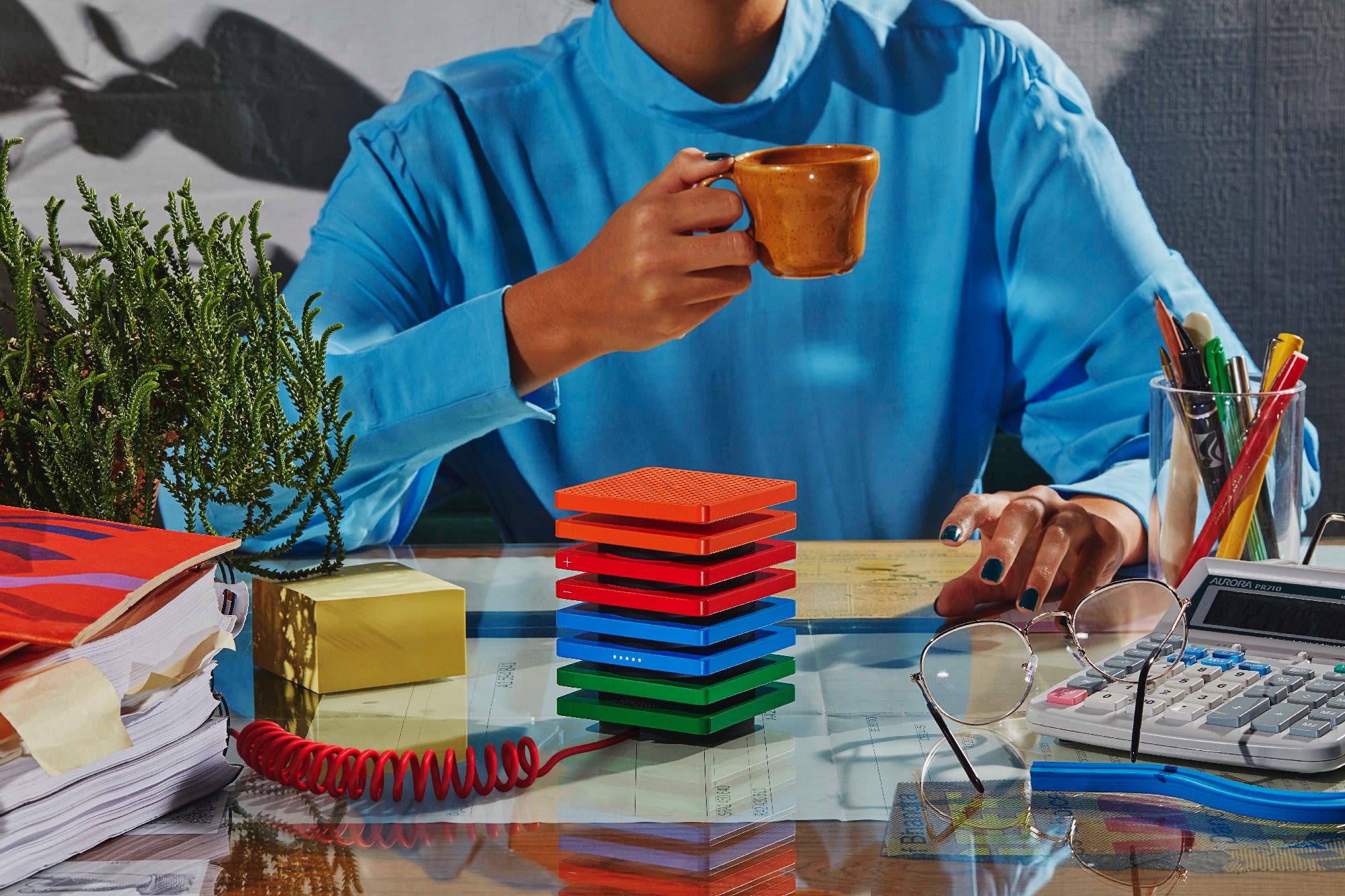 Teenage Engineering expects to bring these new products out of China, but it's not going to be easy. Baidu operates only in China, and its services won't work with other languages right now — a pretty big requirement for a voice-activated speaker. Kouthoofd casually mentioned the potential of working with Amazon or Google to get their robust voice services on Teenage Engineering products in the future, but it's not the main focus at the moment.

Besides, Kouthoofd is currently a lot more enamored with the technology coming out of China than what's going on in Silicon Valley. "Everything comes from Silicon Valley... they dictate what's cool in the tech world," he said. "I've been thinking for two years that it's a little bit boring, it's just one voice." But the Teenage Engineering crew looks at China as an opportunity to bring their unique perspective to a massive marketplace. "We bet on China instead of Silicon Valley because that's where we can make a change," he said. "We can't really do that in Silicon Valley, it has a really strong voice, but we can be part of China's voice."

The first step in building that voice starts today: The simpler H model is available for pre-order now, with delivery expected in late December. But the R model is still in the prototype phase. Between that and the new market Teenage Engineering is trying to enter, it's hard to say how successful the company will be at jumping into China.

But Kouthoofd looks at this as just the beginning of Teenage Engineering's move to robotics. "We thought about what we can deliver on today, not in a year," he said. "So we built a robot in the home with a face: that's the H, with its display and voice. The R is like giving it a body... maybe for the next phase we'll do the legs."

All products recommended by Engadget are selected by our editorial team, independent of our parent company. Some of our stories include affiliate links. If you buy something through one of these links, we may earn an affiliate commission. All prices are correct at the time of publishing.
Teenage Engineering and Raven's 'H' and 'R' aren't typical smart speakers
Baidu
design
exclusive
gear
raventech
robots
TeenageEngineering
tomorrow