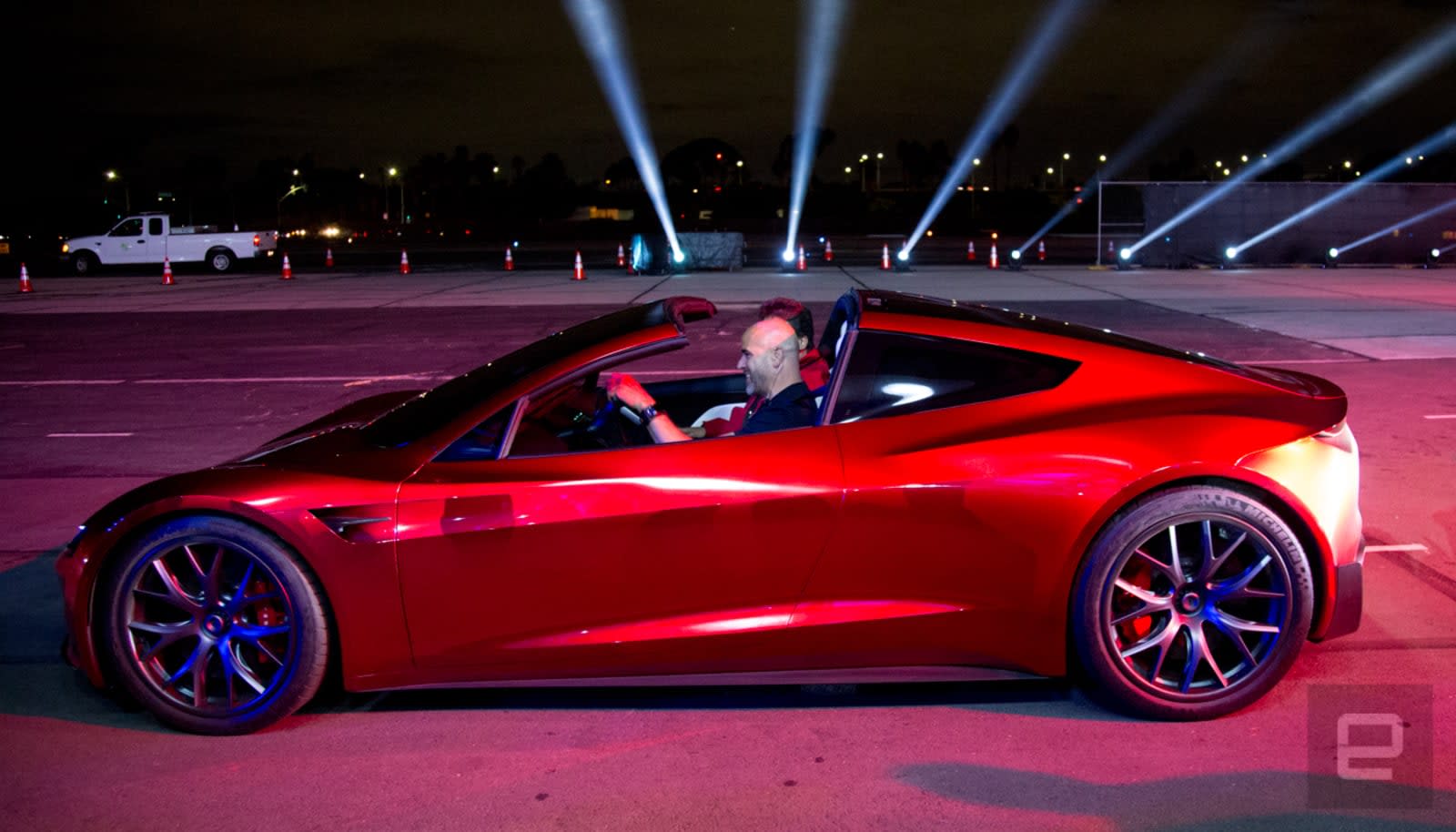 When Tesla unveiled a brand new Roadster, it noted that the vaunted 1.9-second 0-60MPH time was present in the base model -- implying that there might be headroom for even higher performance. But is there? Apparently, yes. Elon Musk has clarified that there will be a "special options package" that brings the Roadster's speed to "the next level." It's vague, to be sure (does this include Founders Edition models?), but it does indicate that what Tesla quoted wasn't necessarily the best it could muster.

It's easy for Tesla to make these promises when the first Roadsters aren't expected to ship until 2020. This gives it plenty of time to tackle the challenge and figure out exactly how much power they can wring out of this design. However, an even faster car is more plausible than it might seem. The key to the Roadster's breakneck pace is cramming a 200kWh battery (twice what a Model S P100D has) into a compact body. It wouldn't take a dramatically larger power pack to see substantial gains, even considering the added weight that usually comes with bigger EV batteries.

As it is, even a modest improvement could make the Roadster tough to beat, at least in some situations. At present, the fastest factory 0-60 time outside of Tesla belongs to Dodge's Challenger SRT Demon at 2.3 seconds, and that's a stripped-down single-seater. There are cars with higher top speeds, like Koenigsegg's Agera RS, but they're either no longer in production or aren't as quick to hit the 60MPH mark. Provided the Roadster lives up to Tesla's bragging, it might only face serious competition once other automakers commit to electric supercars.

Should clarify that this is the base model performance. There will be a special option package that takes it to the next level.

In this article: car, electriccar, electricvehicle, elonmusk, ev, gear, roadster, tesla, transportation
All products recommended by Engadget are selected by our editorial team, independent of our parent company. Some of our stories include affiliate links. If you buy something through one of these links, we may earn an affiliate commission.