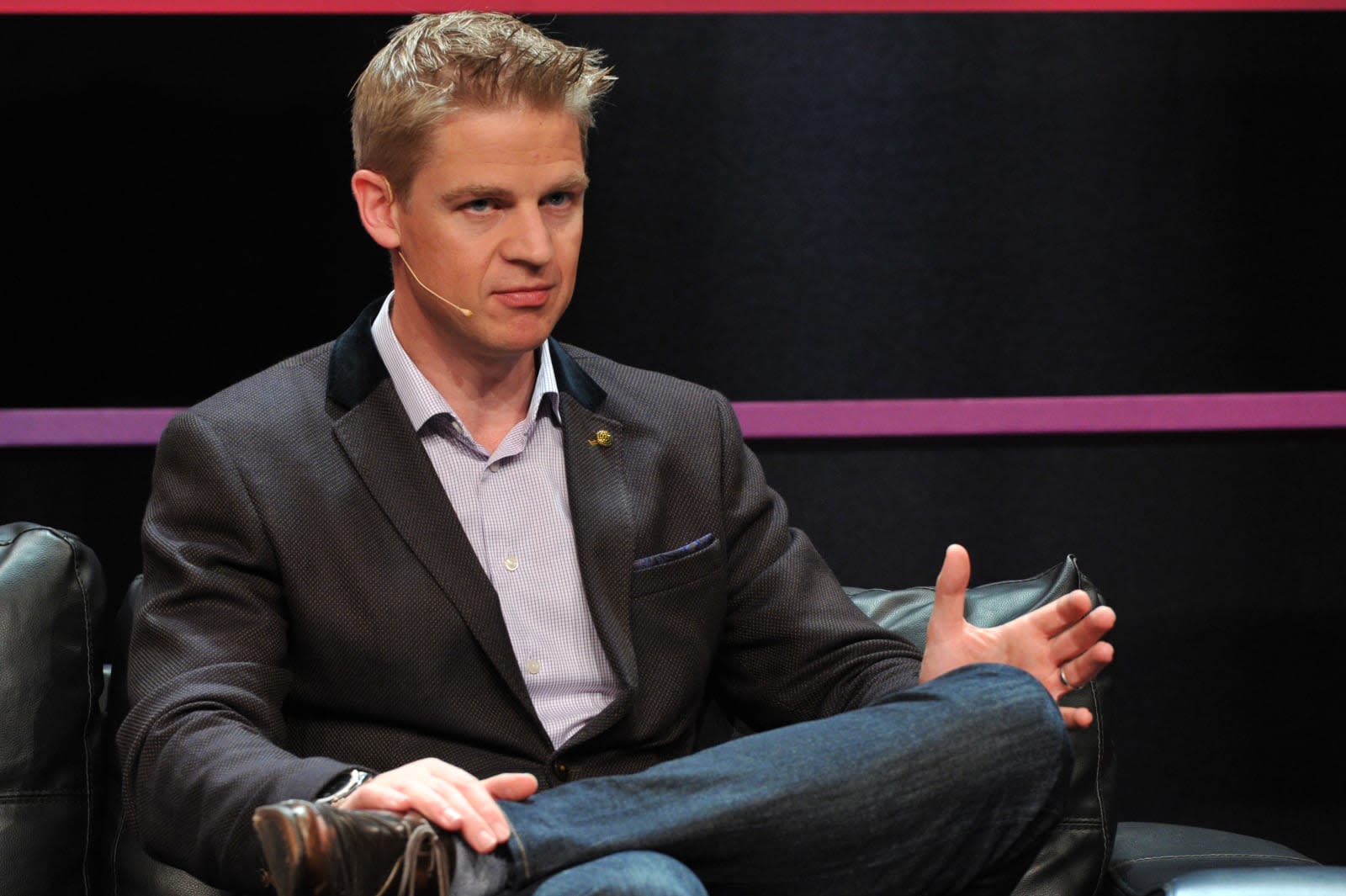 FanDuel co-creator Nigel Eccles has been toying with startup ideas ever since his company proposed a merger with DraftKings, and he's taking action now that the merger has fallen apart. Eccles has stepped down from his CEO and chairman positions to helm an eSports startup. He won't say much about what it is (besides "something awesome," naturally), but this isn't an acrimonious split -- he's "a little bit sad" to be going. FanDuel's previous financial chief, Matt King, is returning to the company to fill Eccles' shoes.

The move isn't completely shocking. When the merger fell flat, Eccles was faced with the prospect of running FanDuel indefinitely rather than taking a reduced role (namely, chairman) that would have let him pursue a new venture. Clearly, he decided that his entrepreneurial ambitions couldn't wait any longer.

His departure also underscores the buzz surrounding eSports. As Eccles told Recode in an interview, conventional sports are in a "harvest mode" where the big players are entrenched. The eSports realm, meanwhile, is in a "growth mode" where there's plenty of untapped potential. It's easy to see why Eccles would be willing to leave the relative security of FanDuel, then. When major team owners are rushing to stake their claims and gaming leagues are making regular appearances on TV, there's a real chance that the right startup could hit the big time.

Excited but a little bit sad to be leaving @fanduel today. It has been an amazing 8 years. Really excited to see how Matt King and the team drive the company in 2018 and beyond. For me I'm building something awesome in eSports. Watch this space.

In this article: dailyfantasy, entertainment, esports, fanduel, fantasysports, gear, internet, services
All products recommended by Engadget are selected by our editorial team, independent of our parent company. Some of our stories include affiliate links. If you buy something through one of these links, we may earn an affiliate commission.