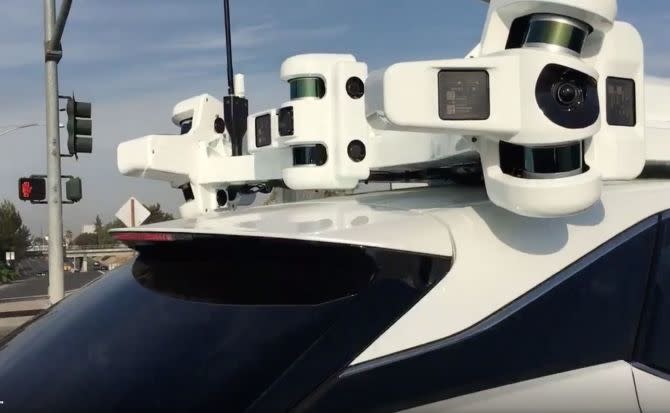 Apple, which has been famously tight-lipped on its self-driving vehicle research, has posted what looks like its first public research on the subject, notes Reuters. The paper is listed on the public site Arxiv, often used by researchers to get preliminary feedback before publishing in a final form. The report describes a new way to use LiDAR called VoxelNet. That would make it easier for autonomous cars to not just spot the location of objects, but determine critical information like whether they're pedestrians or cyclists.

While the scientific part of the paper is interesting, the most surprising part about it is that it exists at all. Until recently, Apple has kept most of its research in-house, but its approach can make it hard to attract the best scientists and engineers who want their work published and peer-reviewed. In July, Apple finally took a step in that directly by publishing the Apple Machine Learning Journal. The paper in Arxiv, however, is its first external publication on self-driving cars.

LiDAR is great at figuring out the exact position of objects in 3D space, but they have a notoriously low resolution. In order to figure out exactly what the object is, vehicles must therefore also rely on other sensors and cameras. That adds costs and processing bottlenecks.

Apple's team has achieved "highly encouraging results" in using AI to examine the sparse LiDAR data alone and pick out distant pedestrians and cyclists. The researchers say they've achieved better results so far than other methods, something that could one day make self-driving cars both cheaper and safer. The research is still in the early phases, though, and hasn't yet been road-tested.

Apple chief Tim Cook has called self-driving cars "the mother of all AI projects," and the research indeed shows how autonomous driving benefits from machine learning. The paper is also a sign that both AI and self-driving are challenging to a point that Apple can no longer go it alone on research.

In this article: apple, autonomous, gear, research, robots, self-driving, transportation
All products recommended by Engadget are selected by our editorial team, independent of our parent company. Some of our stories include affiliate links. If you buy something through one of these links, we may earn an affiliate commission.