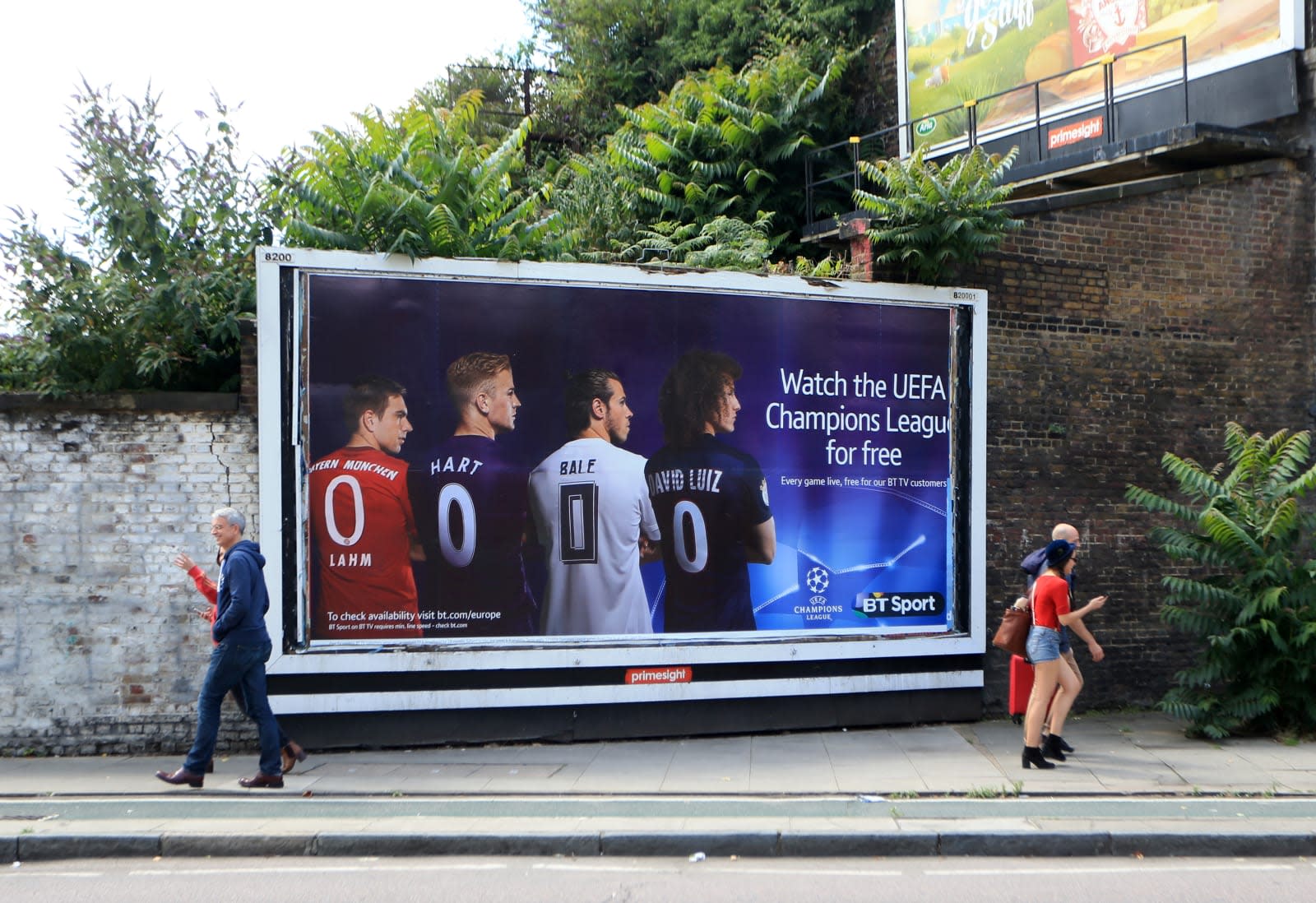 Broadband packages are notoriously difficult to untangle. Prices are obscured with introductory discounts and the speeds you get are nothing like what was advertised. It sucks, and the UK's Advertising Standards Authority (ASA) knows it. So today, the watchdog has announced new rules for broadband advertising. From now on, the figure you see must be based on the download speeds available to 50 percent of the company's customers at peak hours. In addition, a qualifier like "average" must be visible. It's a marked improvement over the previous guidelines, which said speeds must be available to at least 10 percent of customers.

The problem, of course, is that every home is different. You might have full-fibre access, or a nearby cabinet with old-fashioned copper running up to your doorstep. As a result, it's hard for internet service providers to give one definitive number on their billboard ads. Still, marketing materials can be deceptive. The ASA consulted on a number of solutions, including an average download speed over a 24-hour period (rather than peak hours) and a range of speeds available to the middle 60 percent (20th to 80th percentile) of customers. The latter was ultimately abandoned because it didn't explain where customers were likely to fall within the range.

The new guidelines will take effect on May 23rd, 2018. They're just that, though — guidelines. It will, therefore, be interesting to see just how many providers fall in line.

The ASA made a similar rule-change last year to simplify broadband pricing. In May 2016, it announced that all providers would have to include line rental in its broadband prices. All of the major ISPs are now co-operating, which has made it easier for customers to manage their bills and compare packages.

Ofcom, the UK's media and telecoms regulator, is conducting a similar review into broadband speeds. In October, it published a consultation with suggested changes to the Broadband Speeds Codes of Practice. These included forcing ISPs to use peak time windows for speed estimates, based on a national sample of their customers. Unlike the ASA's rules, however, Ofcom wants speeds to be advertised as a range. They would be given to customers at the point-of-sale and in relevant after-sale information. The rules would also make it easier for customers to switch if their speeds fall below the minimum guaranteed by their ISP.

In this article: ads, advertising, AdvertisingStandardsAuthority, adverts, ASA, Broadband, gear, internet, InternetSpeeds
All products recommended by Engadget are selected by our editorial team, independent of our parent company. Some of our stories include affiliate links. If you buy something through one of these links, we may earn an affiliate commission.