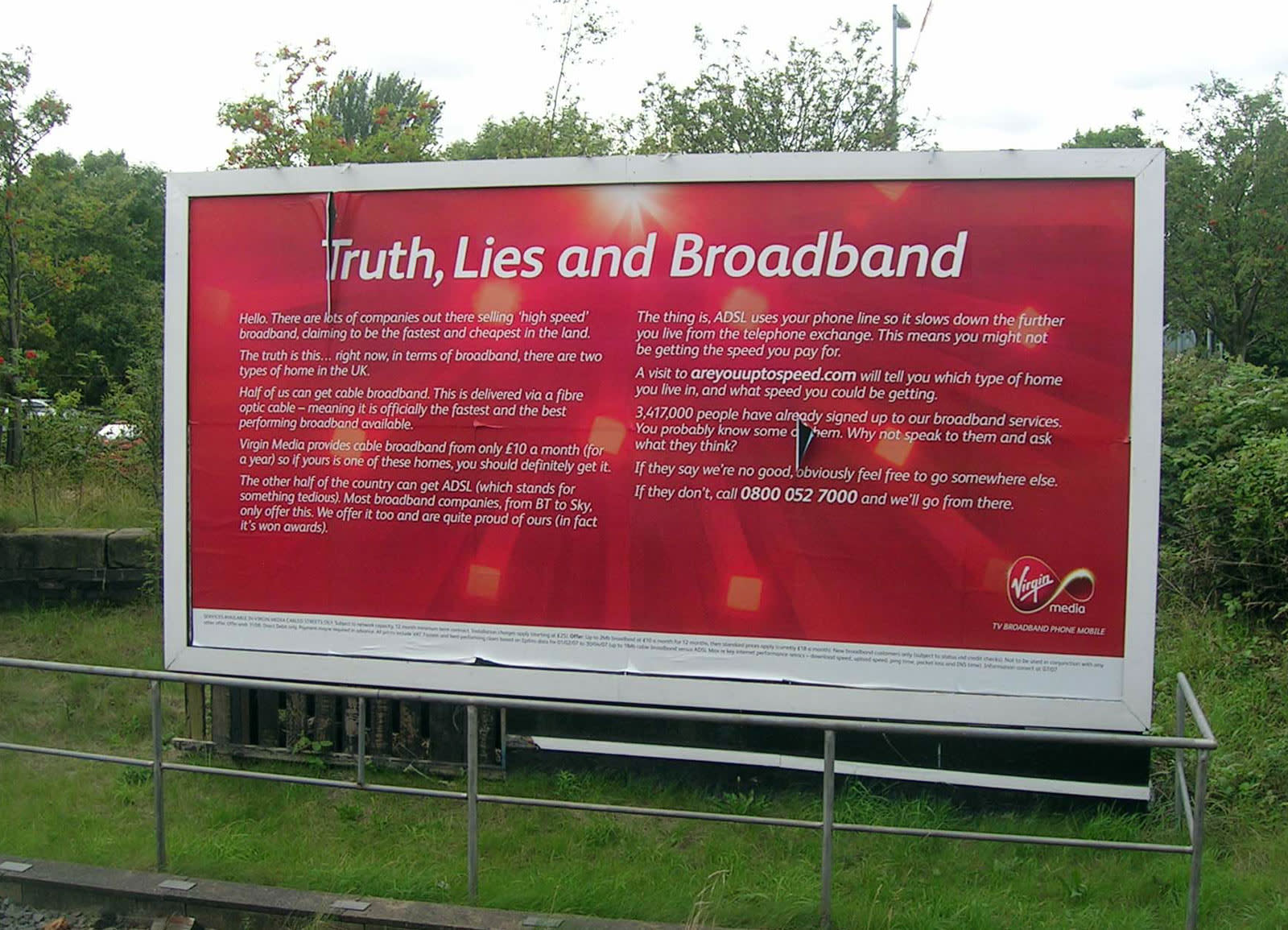 Broadband pricing is easier to understand than it used to be. Last year, the Advertising Standards Authority (ASA) forced ISPs to include line rental in the price of contracts, so consumers know exactly what they're expected to pay each month. (Introductory discounts still obscure the price you'll be paying later down the line, but hey-ho. Baby steps.) That November, the ASA said it was also time to revisit speed claims, given most customers are unlikely to get what's advertised. Today, the Committees of Advertising Practice (CAP) -- which sets the rules the ASA enforce -- has proposed a number of ways speed claims could be made more transparent.

As it stands, the "up to" speeds ISPs advertise only need to be achievable by at least 10 percent of subscribers. Most people aren't aware these figures are best-case scenarios, and that depending on congestion and distance from exchange, they can actually expect something much slower. The CAP is suggesting these "up to" speeds could be replaced with peak-time median download speed, 24-hour national median download speed, or the range of peak-time or national speeds that users within the 20th to 80th percentile achieve.

If that all sounds a bit complicated, we're with you, but the gist is that any of those figures would paint a clearer picture of what speeds the regular subscriber gets, not just those that live opposite an exchange. CAP is also suggesting that any ad making speed claims should tell consumers to get a more specific estimation of what speeds they're likely to get straight from the horse's mouth.

CAP is soliciting feedback on its four options from the industry and consumers, though it will also consider other good suggestions. The open consultation ends mid-July, so it's reasonable to think new guidelines, whatever they might be, will be drawn up before the end of the year. Sky has actually jumped the gun a little on this. From December last year, it began including average speeds in ads alongside the usual "up to" figure. Average download speeds appear to be too simplistic a measure for CAP's liking, but at least Sky is setting something of an example by making its speed claims more transparent before being forced to.

In this article: ads, advertising, AdvertisingStandardsAuthority, adverts, asa, broadband, cap, gear, internet
All products recommended by Engadget are selected by our editorial team, independent of our parent company. Some of our stories include affiliate links. If you buy something through one of these links, we may earn an affiliate commission.