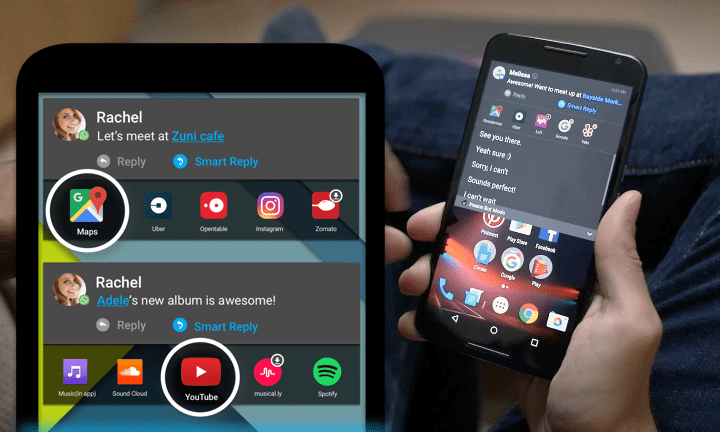 Samsung may have botched the launch of its virtual assistant Bixby, but it has already promised to patch things up with the next release, which will leverage "deep linking capabilities and enhanced natural language abilities" in order to deliver "a predictive, personalized experience." In addition to integrating Viv's technology for Bixby 2.0, the Korean giant has now acquired Fluenty, an AI startup co-founded by local accelerator FuturePlay.

Fluenty is best known for its chatbot and assistant service that suggest smart replies, which is similar to what Google and LinkedIn offer but is instead made for various social networking services, including WhatsApp, Facebook Messenger, Telegram, Line, Kakao Talk, Naver Talk and more.

As simple as it sounds, Fluenty relies on a deep learning model initially based on "over 700 million public chat conversations, searching for patterns in replies most frequently used by people." The startup then spent over two years to reduce the loading times from seven seconds to a mere 50 ms. Recent iterations have evolved to suggest personalized smart replies that match the user's messaging habits (such as signing off with "cheers" instead of "bye"), thus making the interaction more human-like. And this, of course, fits Samsung's "next-generation intelligence" initiative quite well.

What's more, Fluenty's deep linking engine also predicts what the user may want to do based on the messages -- be it launching a navigation app or taxi app at the mention of a location name, opening Yelp to make a reservation when it knows you're planning dinner, or launching YouTube or any music player when an artist is mentioned.

Due to the acquisition, Fluenty has already unpublished its apps as of yesterday, and it'll be shutting down its services on December 31st (customers who subscribed for an upgrade between June 30th and November 27th this year are eligible for a $0.99 refund). In other words, folks who want to give Fluenty a spin will just have to wait for its integration into Bixby 2.0.

Samsung's acquisition of Fluenty -- founded by former employees of LG Electronics, Naver and Kakao -- is also a big win for FuturePlay. "Fluenty is the first Korean AI startup to be acquired by Samsung, and I believe this could be the starting point to change the way larger corporates view startup acquisitions," FuturePlay CEO Jung-hee Ryu told Engadget. "While some Korean tech startups tend to have brilliant tech, founders, and patents, it's been hard to find acquisition cases due to rather conservative Korean tech giants. We believe that with the right support, entrepreneurs with engineering backgrounds can build extraordinary startups. I guess our experience in co-founding Fluenty, and even inventing some of their IPs kind of proves that." Fluenty's team of nine people have moved into Samsung's Suwon office as of today.

In this article: ai, assistant, bixby, business, fluenty, futureplay, gear, machinelearning, robots, samsung, services, smartassistant, tomorrow
All products recommended by Engadget are selected by our editorial team, independent of our parent company. Some of our stories include affiliate links. If you buy something through one of these links, we may earn an affiliate commission.