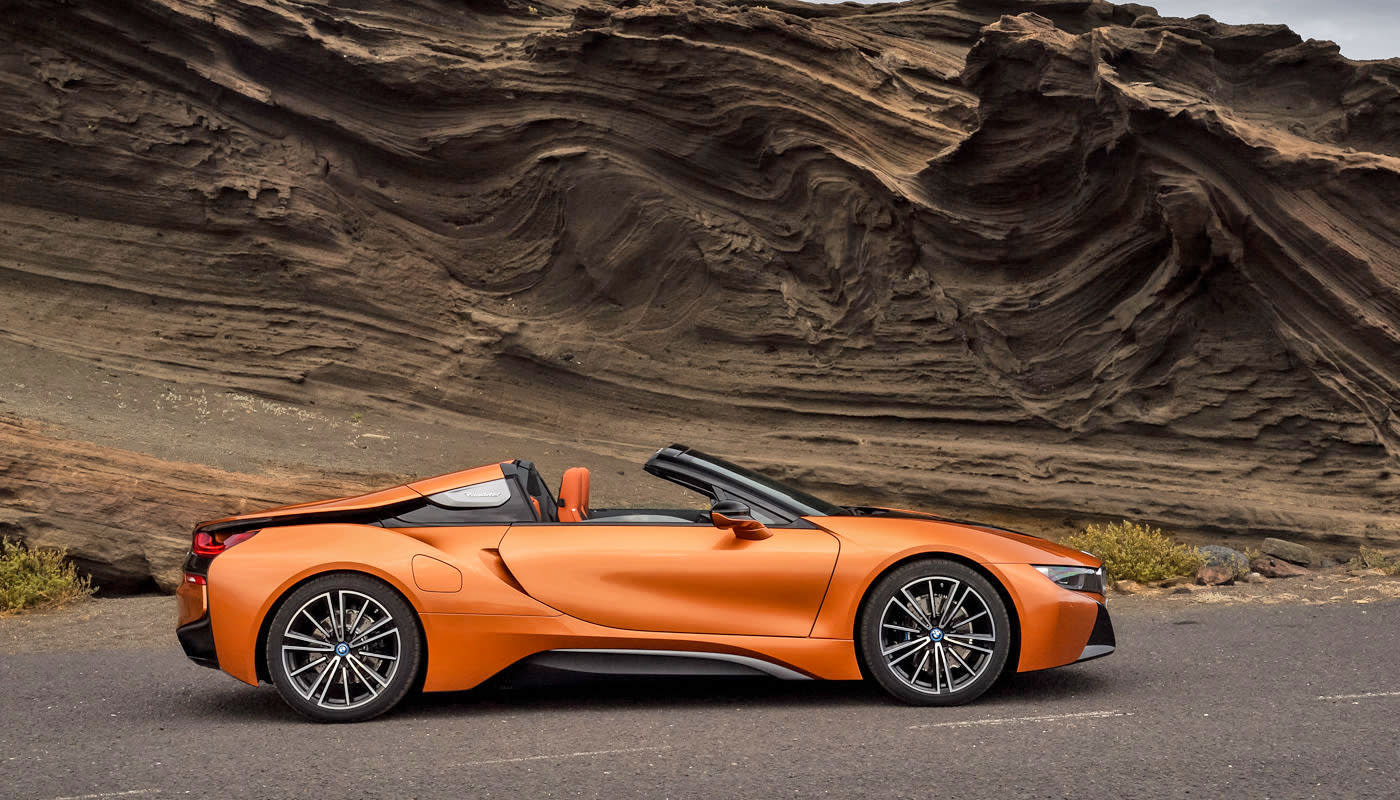 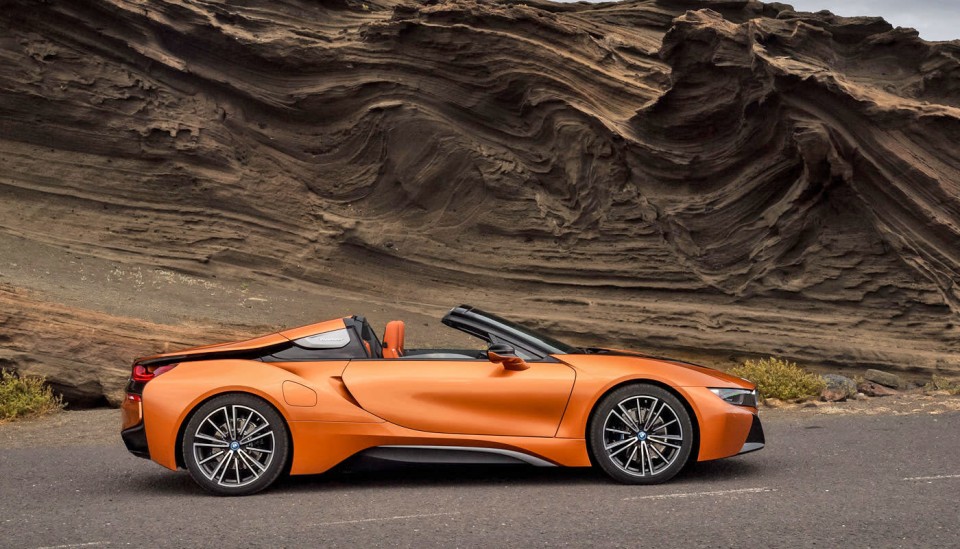 The i series vehicles has been BMW's electrified brand on the road since 2014. The i3 is the pure-electric urban bubble vehicle while the supercar-styled i8 is the hybrid of the pair. But beyond sharing similar design cues and a TRON-inspired paint job, the two vehicles couldn't be further from each other. At the 2017 LA Auto Show, the automaker placed even more space between the cars with the new 2019 convertible and coupe i8s. Under the hood of the 2019 all-wheel drive i8s are two electric motors and a three-cylinder turbocharged engine. Just like the previous version of the car. But BMW was able to optimize its eDrive tech to get more power and range out of the car. The 2019 models squeeze 18 miles of pure EV range out of the car thanks to the new 11.6kWh battery pack. Up from the 12 miles available from the old 7.1kWh battery. The automobiles also get an additional 12 horsepower out of the system bringing it up the total to 369 horsepower.

Both cars also get 70 miles per-gallon equivalent according to BMW. But that could change pending EPA tests. 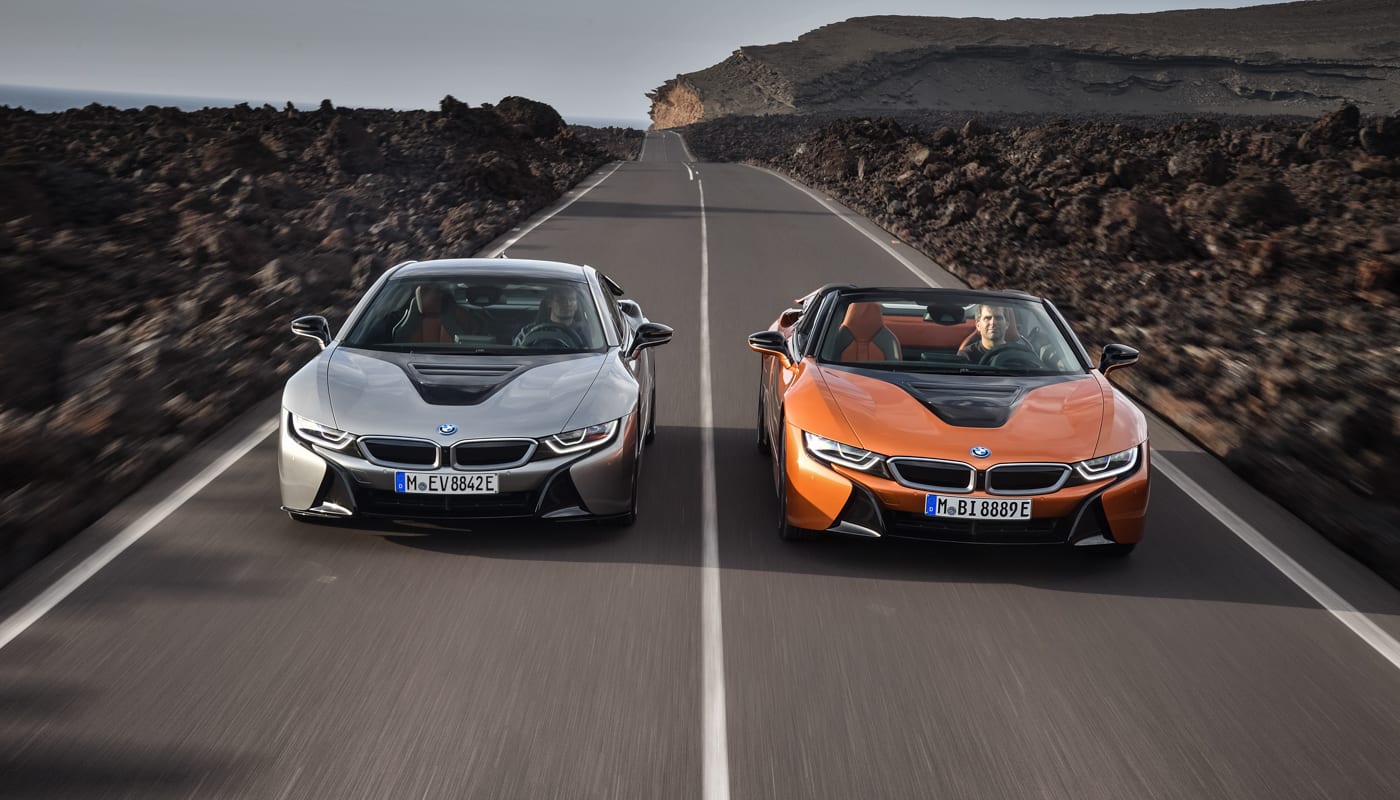 Other than two new colors (E-Copper and Donnington Grey) and a badge behind the doors, the Coupe looks pretty much like its predecessor. If you really want to make sure your new i8 sticks out from the pack, you have to go with the new Roadster. It looks cooler (because convertibles always look cooler) and the electric convertible soft top opens in under 16 seconds at speeds up to 31 miles per-hour according to BMW.

Of course you're going to need to make sure you're making some serious cash to afford either version of the i8 with a street price expected to be north of $150,000. Final pricing will be announced later. 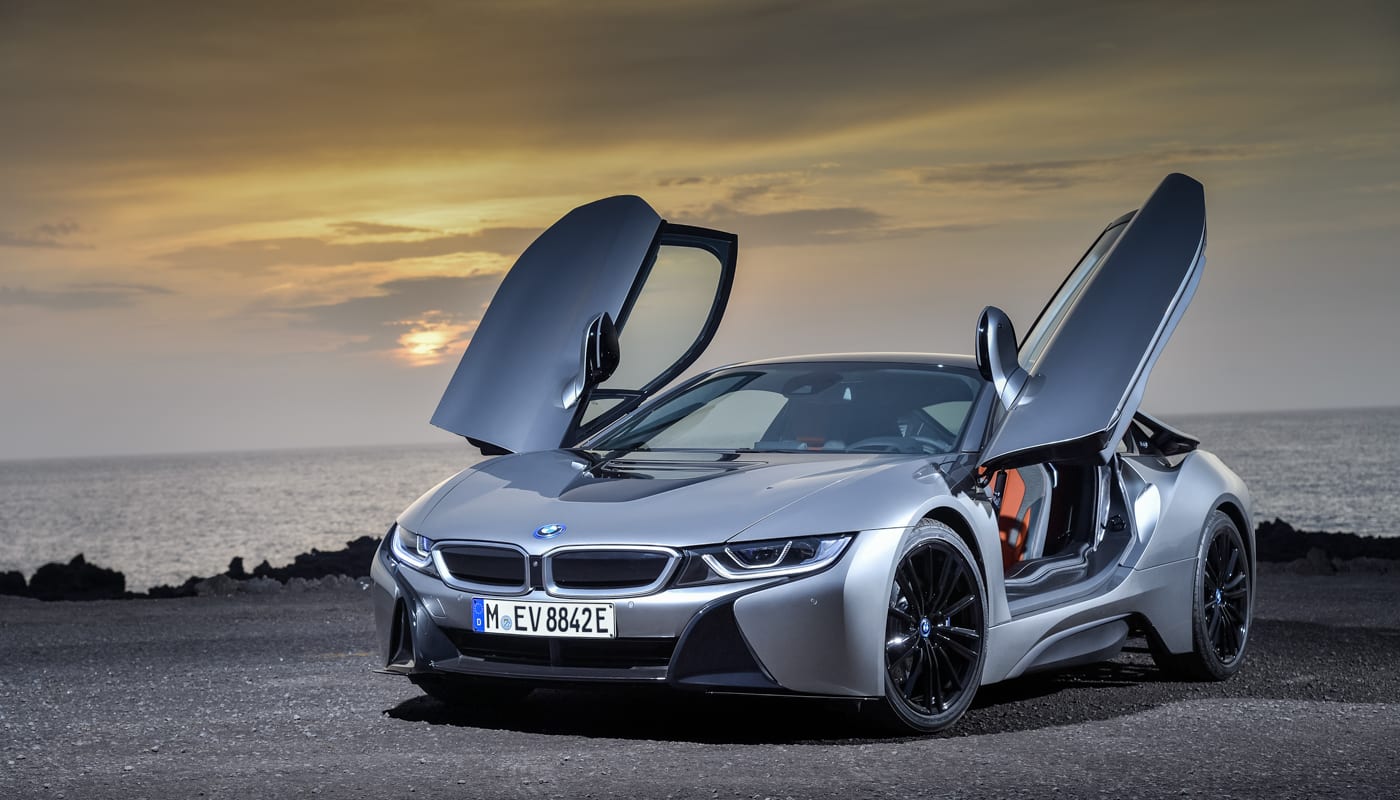 Both low slung cars appeared onstage alongside the North American debut of the BMW i Vision Dynamics that was introduced at the Frankfurt Auto Show a few months ago. The cars along with the i3s are part of the automakers commitment to have 12 electric cars by 2025. "For us, electric mobility is the new normal," said Klaus Frohlich, member of the board of management at BMW AG and development during the BMW press conference.

That's part an aggressive short-term goal to introduce 40 cars in the next two years. The highest number of vehicles introduced in a two year period by the automaker in its over 100 year history. BMW is going to be extremely busy over the next couple years.