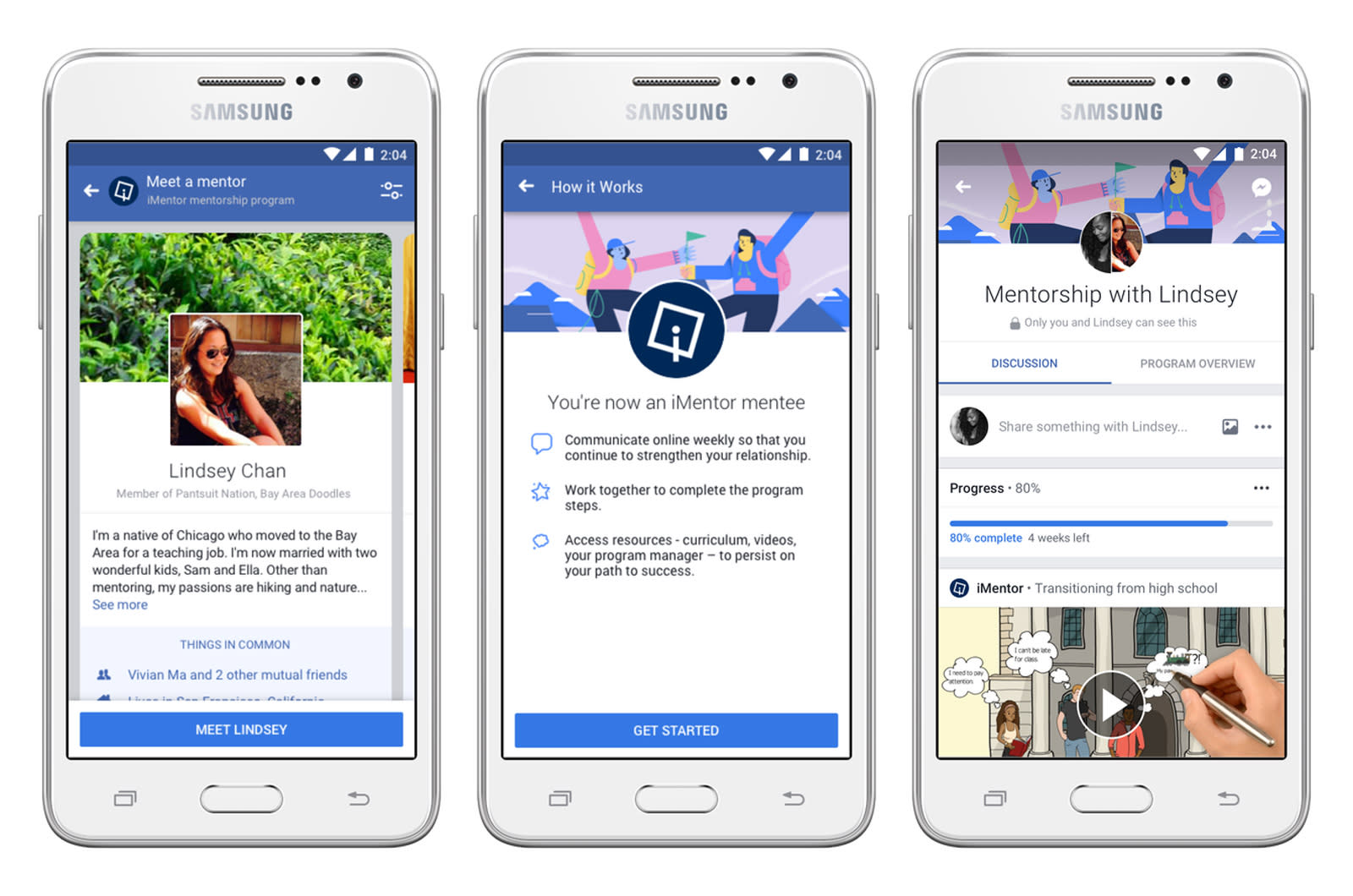 Facebook is once again hosting a Social Good Forum, and that means a new suite of tools and updates to help communities. To start, there's a Mentorship and Support feature that helps mentors and would-be learners connect with each other to step through guided nonprofit programs. Also, the social network is eliminating fees for donations to nonprofits -- you can be sure that every bit of money you contribute will go to those that need it.

Further upgrades expand fundraiser creation to more regions (including Australia, New Zealand, Canada and Europe) and blood donation searches are expanding to Bangladesh. There's a fundraiser developer toolkit to link Facebook fundraising to outside campaigns, and a community help toolkit to provide data to disaster response teams. Simultaneously, Facebook is launching a $50 million annual fund that will directly contribute to disaster relief starting in 2018.

The efforts could go some way toward helping people in need, and it's easy to see the elimination of donation fees leading to more Facebook-based charity drives. The initiative comes at an awkward time for Facebook, mind you. Mark Zuckerberg recently had to apologize for an insensitive VR tour of Puerto Rico, and there have been protests as officials evict homeless people near a Zuckerberg/Chan-backed private school for low-income families. As much as the company is doing to help the less fortunate, it's still grappling with its own ethical dilemmas.

In this article: api, blooddonation, charity, community, developer, facebook, gear, giving, internet, nonprofit, socialnetwork, socialnetworking
All products recommended by Engadget are selected by our editorial team, independent of our parent company. Some of our stories include affiliate links. If you buy something through one of these links, we may earn an affiliate commission.