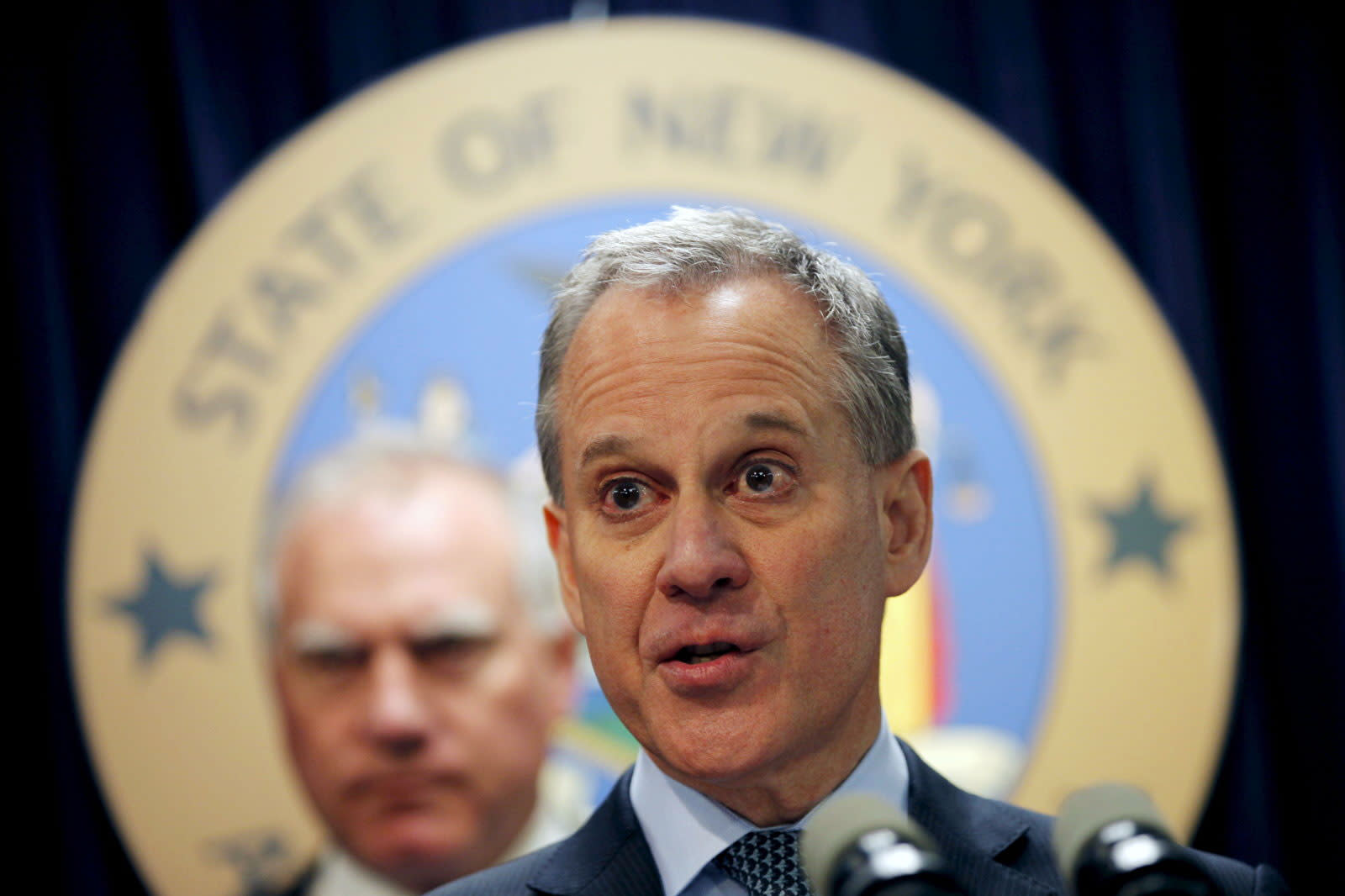 Last week, New York State Attorney General Eric Schneiderman posted an open letter that blasted the FCC for refusing to investigate the allegedly fake anti-net neutrality responses to the agency's public comment portal. Now Schneideman is taking matters into his own hands with a new web portal for New Yorkers to check and see if their identities were used without consent, then report to the Attorney General's office if they were.

"Everyone should be concerned about potential corruption of the federal policy making process," said Schneiderman in a statement. "The FCC is refusing to help us -- or anyone else -- conduct a serious investigation, so we're asking New Yorkers to help us get to the bottom of what happened. New Yorkers deserve a fair and transparent process -- not only here where the future of their internet access hangs in the balance, but in every case where the government is considering a policy that affects Americans' daily lives."

According to Schneiderman's office, the FCC has been unwilling to provide any evidence of the misused identities, which is against the law in New York. The Attorney General's office believes that tens of thousands of New Yorkers' names and addresses were used to fraudulently flood the public comment system in the name of anti-net neutrality.

In this article: ericschneiderman, fakecomments, FCC, gear, netneutrality, NewYork, NewYorkAttorneyGeneral, politics, publiccomment
All products recommended by Engadget are selected by our editorial team, independent of our parent company. Some of our stories include affiliate links. If you buy something through one of these links, we may earn an affiliate commission.