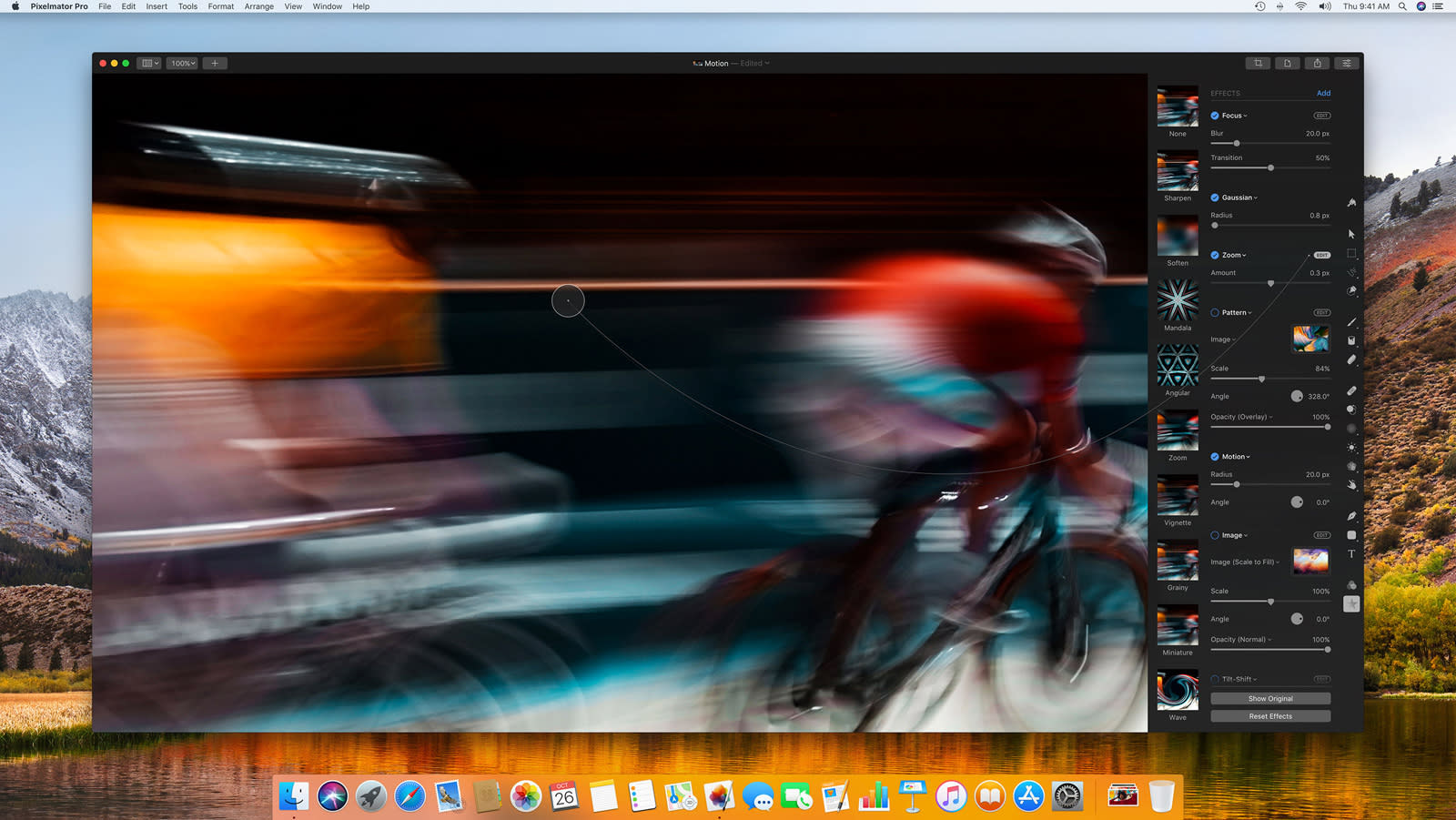 Adobe isn't the only one rolling out an AI-savvy pro image editor -- right on cue, Pixelmator has released its previously-teased Pixelmator Pro on the Mac App Store. The $60 software promises many of the tools you'd hope for in a higher-end creative package, such as RAW processing, smart layout tools, non-destructive changes and advanced effects editing, but its centerpiece is its use of machine learning. It can remove objects, snap to items, level the horizon and identify layers without the painstaking manual effort you've typically needed in the past.

Pixelmator Pro also switches to a single-pane interface that aims to reduce clutter, and its heavy reliance on Mac-specific frameworks (Swift for code, Core Image and Metal for graphics) should give it a level of optimization you might not get from a cross-platform app.

Much like Apple's own creative apps, the overhaul has left some features by the wayside, at least for a while. The 9to5Mac crew has noticed that cropping is currently limited to fixed ratios (that will be addressed in a later update), and your MacBook Pro's Touch Bar won't get a workout in version 1.0. However, what's here could be enough to justify a purchase if you want sophisticated editing but can't stomach the idea of paying a monthly fee.

In this article: ai, coreml, gear, imageediting, mac, machinelearning, personal computing, personalcomputing, pixelmator, pixelmatorpro, software
All products recommended by Engadget are selected by our editorial team, independent of our parent company. Some of our stories include affiliate links. If you buy something through one of these links, we may earn an affiliate commission.