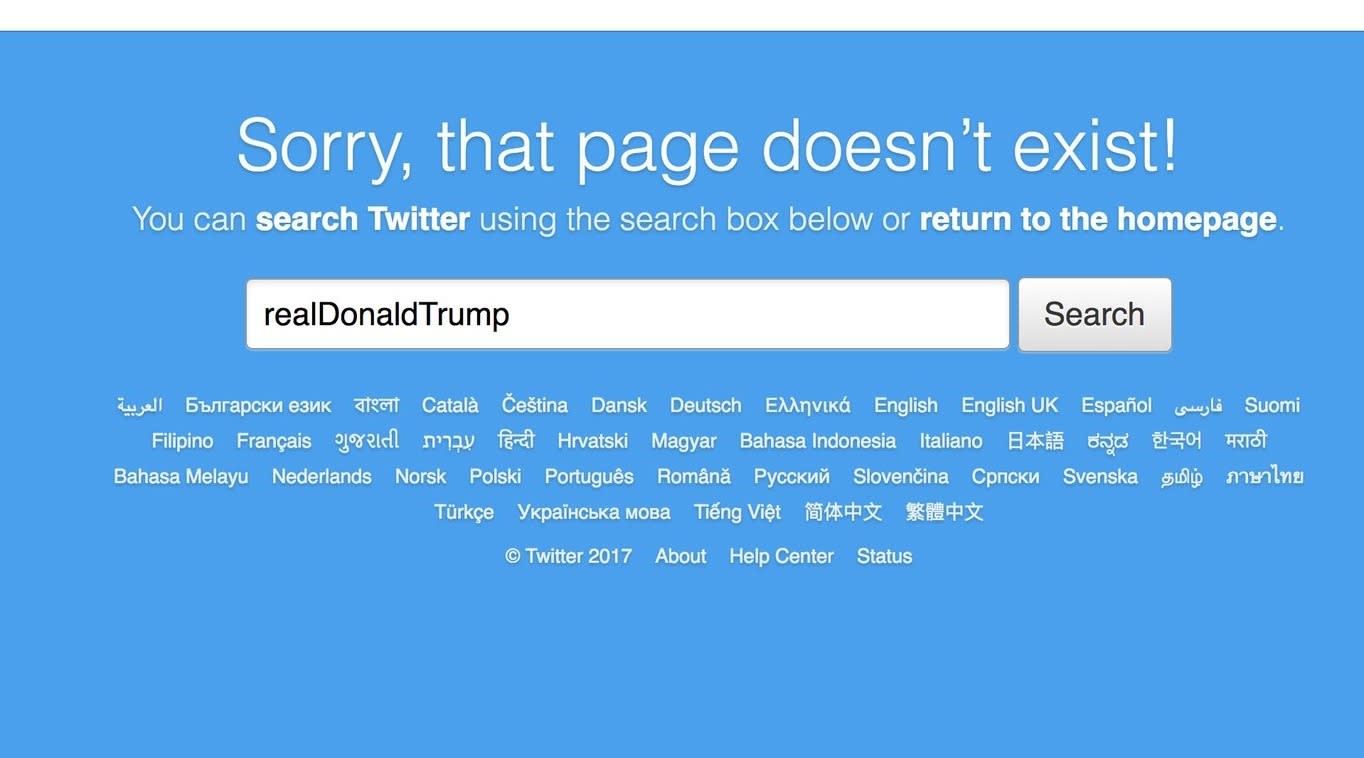 Earlier this month, the @realDonaldTrump Twitter account disappeared for about eleven minutes, however, the company never revealed who the employee was that deactivated it. Now TechCrunch has talked to Bahtiyar Duysak, a 20-something contractor from Germany who now describes the event as a mistake. Duysak worked in customer support with the Trust & Safety division and says that towards the end of his final shift, an alert came in that someone had reported Trump's account. Although he put things in motion for it to be deactivated, he says he didn't expect for that to actually happen.

Since the incident, Twitter said it has implemented safeguards that would prevent this from happening again, even as people continue to take issue with some of the President's tweets that appear to violate the company's rules. As for Duysak, he's back in Germany where he said "I want to continue an ordinary life. I don't want to flee from the media." He's not being investigated by the FBI and says he didn't violate any rules, but hopes that people in the media will stop pursuing him via his friends and family.

In this article: deactivated, donaldtrump, gear, internet, Twitter, video
All products recommended by Engadget are selected by our editorial team, independent of our parent company. Some of our stories include affiliate links. If you buy something through one of these links, we may earn an affiliate commission.