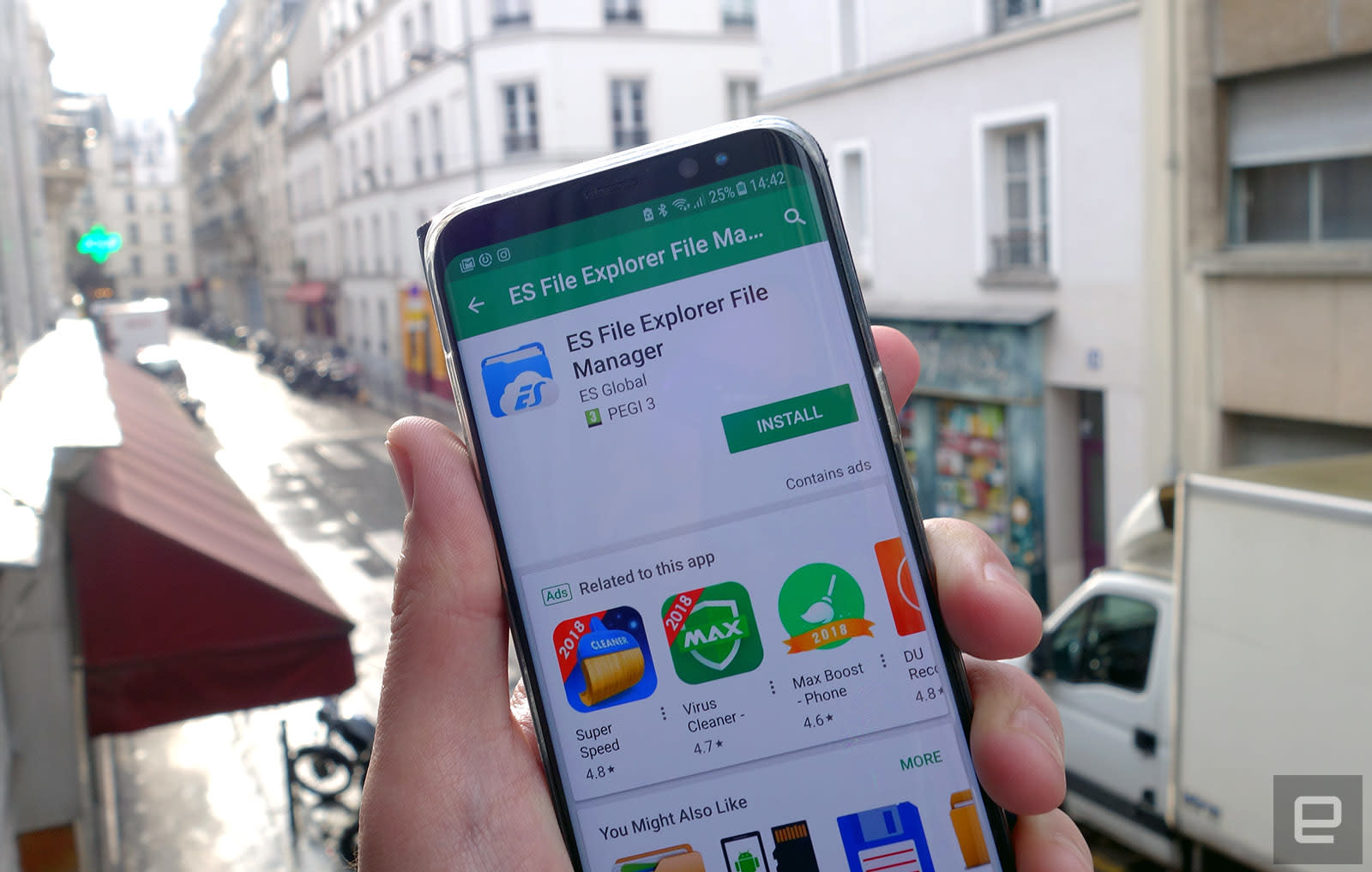 Following years of complaints by users, Google is cracking down on Android apps that show shady ads on your lock screen, according to a new developer policy spotted by Android Police. That includes very popular ones like ES File Explorer, which has over 100 million downloads to date. They often force annoying, obtrusive and even spyware ads to pop up for games, iffy anti-virus tools and other dreck.

Last year, users on Reddit went so far as to build a spreadsheet of apps that exhibit the behavior, which includes the Go suite of apps (Weather, Keyboard, etc.), ES File Explorer, HiFont and 360security. On a Reddit post about the new policy (with over 1,400 comments), users noted that even smartphone manufacturers like Samsung have pre-installed apps that exhibited the behavior.

Bad ads have become a scourge across Google products, and the search giant said it removed over two billion of them last year. Apps that are deceptive, disruptive, inappropriate or interfere with apps or device functionality and banned from the store. Google introduce Play Protect early this year in an effort to curb the problem, but a lot of shady stuff still gets through.

In this article: ads, Apps, gear, google, LockScreen, mobile, Play, PlayStore
All products recommended by Engadget are selected by our editorial team, independent of our parent company. Some of our stories include affiliate links. If you buy something through one of these links, we may earn an affiliate commission.