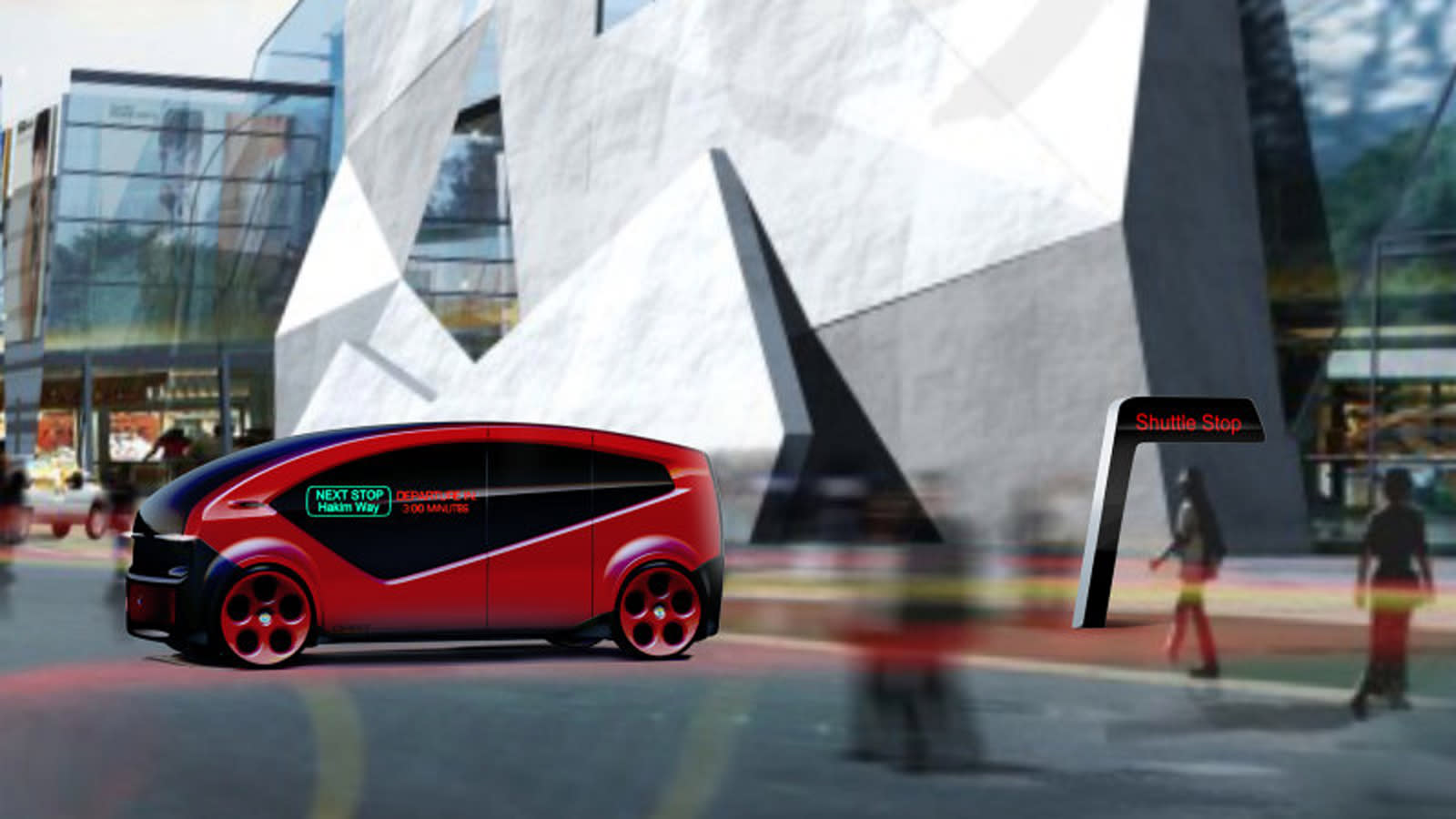 Believe it or not, Fisker isn't just focused on upscale electric cars. The automaker has teamed up with China's Hakim Unique Group on the Orbit, a self-driving electric shuttle tailor-made for smart cities. There aren't many details, but it's clearly taking advantage of its driverless nature: the boxy design maximizes passenger space, and there's a huge digital display that tells commuters when the shuttle departs and what its next stop will be. You wouldn't have to twiddle your thumbs wondering whether or not you'll make it on time.

And unlike Fisker's projects to date, you won't be waiting forever to see an Orbit on the road. The company expects to deliver its first shuttles by the end of 2018. They'll initially be used as part of a Hakim Unique-implemented smart city. There's no mention of where this city would be, let alone when it will expand elsewhere. However, Hakim has a global reach, and it's safe to presume that Fisker doesn't want to confine its autonomous tech to one country. The biggest challenge is likely to be finding cities and transportation outfits that are willing to incorporate self-driving shuttles -- that requires both the right legal framework and companies that are willing to take a chance on a robotic fleet.

In this article: autonomous, china, electricvehicle, ev, fisker, gear, hakimuniquegroup, masstransit, PublicTransportation, self-driving, self-drivingcar, shuttle, smartcity, transportation
All products recommended by Engadget are selected by our editorial team, independent of our parent company. Some of our stories include affiliate links. If you buy something through one of these links, we may earn an affiliate commission.