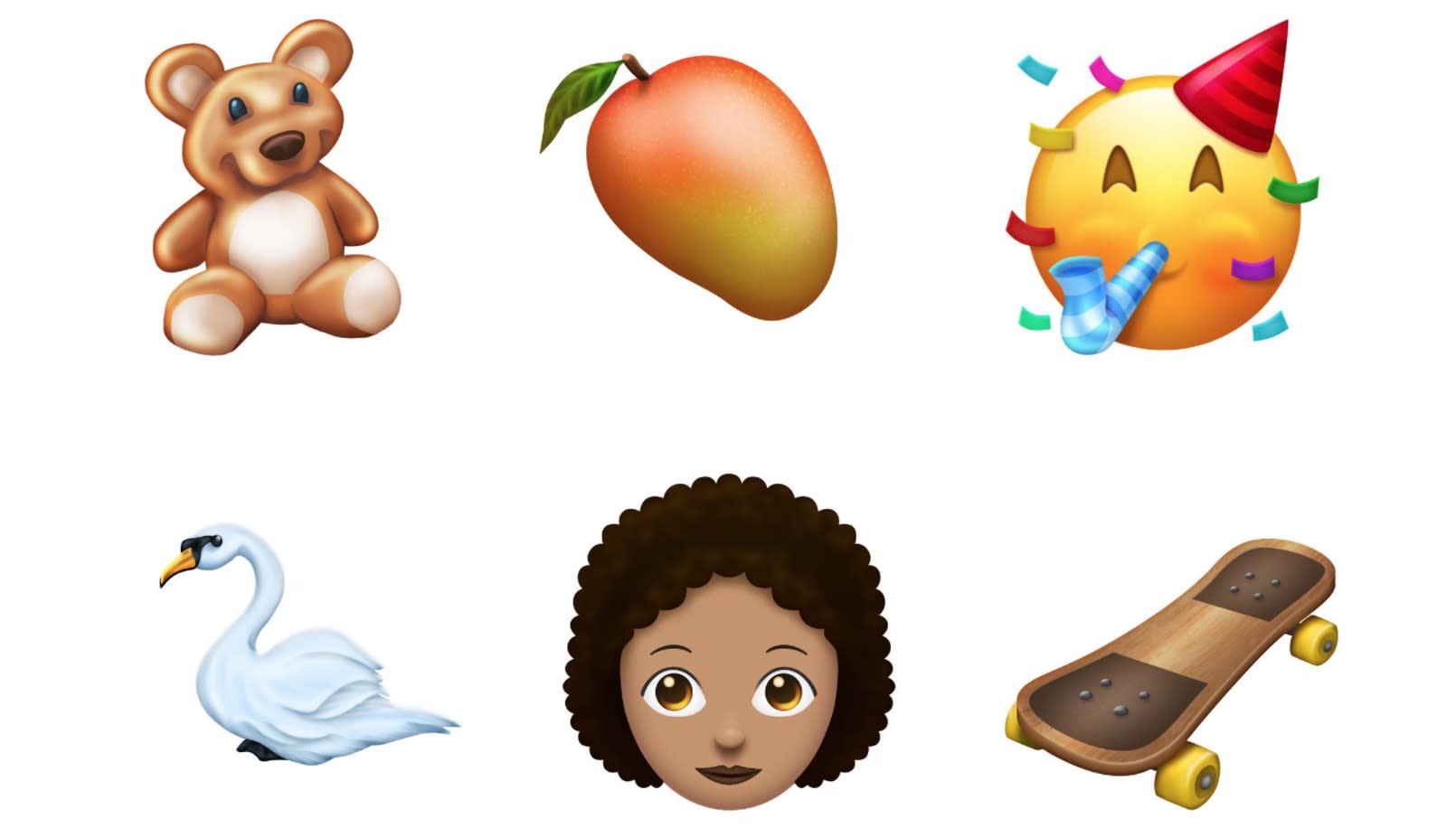 It's been a while since the Unicode Emoji Consortium released its sixth set of proposed emojis last June, with a follow up in August (which offered up a drunken face and unhappy poo, oddly enough). Now the consortium has given developers the first Emoji 11 beta, which contains 130 draft emojis, including a female superhero, a lobster and a party face. There's no trace of the sad poo and that makes us, well, sad.

The changes in this new beta list of emoji includes making superhero and supervillain smiley faces into human-form emoji. New emoji sequences, which are used for variations on a single emoji (like the skin tone variations), were added as well, giving the superhero and supervillain two gender options, skin tone options for leg and foot and 48 new sequences for man and woman, which include skin tone variations and hairstyle options.

There are also new icons for swan, badger, pirate flag and infinity symbol. Question-mark face, ok face and sad pile of poo have been removed, with a review planned for January to see if they should be added as sequences. Another possibility is the ability to swap L-R orientation of certain emoji (like the gun, runner or train) on demand.

The list of emoji characters was renamed to Emoji 11 instead of 6 to connect it to further versions of the entire Unicode standard. It is still not final; changes can include both additions or removals from the list. The final list will be confirmed in the first quarter of next year, with a decision in January and an announcement in March.

In this article: beta, draft, emoji, emoji11, gear, mobile, sadpoo, TL18MOJI, unicode
All products recommended by Engadget are selected by our editorial team, independent of our parent company. Some of our stories include affiliate links. If you buy something through one of these links, we may earn an affiliate commission.