For its first "Always Connected" PC, HP made a pragmatic choice: It stuffed a Qualcomm Snapdragon 835 processor into its latest Surface clone, the Envy x2. The result is compelling: A thin and light laptop with 20 hours of battery life, and built-in LTE connectivity. It's precisely the sort of machine that Microsoft envisioned when it revealed its vision of always connected devices at Computex.

At first glance, the Envy X2 doesn't seem that different than a typical hybrid PC. It's slightly thinner than an iPad Pro, at 6.9 millimeters thick, and it weighs just 1.54 pounds. Thanks to its aluminum case, it feels like a premium device. The bundled keyboard case, which wraps around the entire tablet, also houses its kickstand. You won't notice anything out of the ordinary until you take a look at the "System" menu to see that it's powered by a Snapdragon process. Which, of course, is exactly what HP wants.

Based on my short time with the x2, it felt a lot like HP's recent Spectre x2 hybrid. The keyboard was comfortable to use and sturdy enough to handle my heavy typing style. Every key also had a satisfying amount of travel, something we don't see too often on hybrid machines (aside from the Surface devices). Its case is a bit awkward though -- while it offers a decent amount of protection, a built-in kickstand would be more convenient for using the x2 for things like viewing video in bed. Since it runs Windows 10 S out of the box, it can only run apps from the Windows Store. But, just like the Surface Laptop, you can also upgrade to Windows 10 Pro for free down the line. 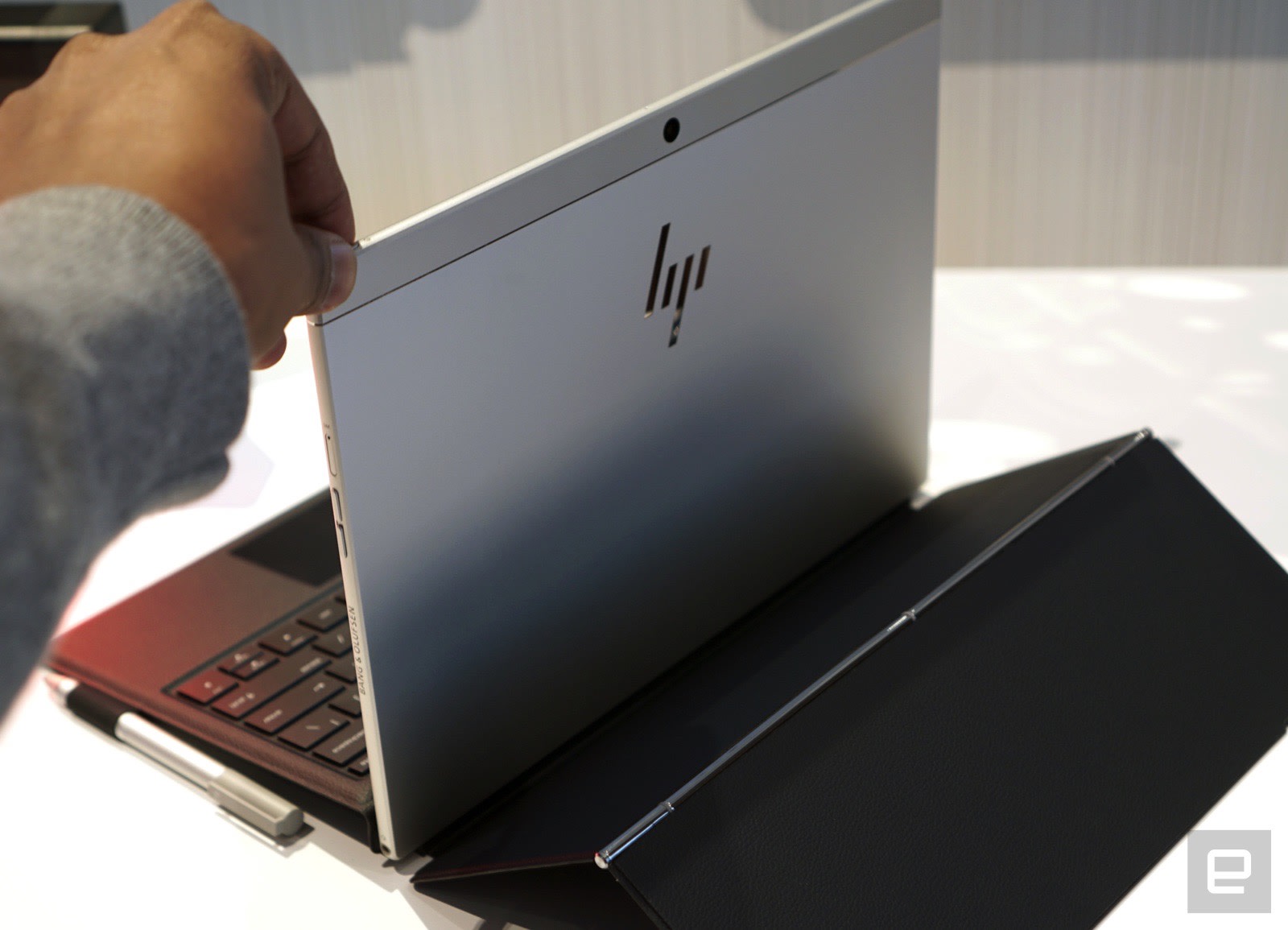 Performance-wise, the x2 kept up with me as I opened several Office apps, Paint 3D, and Edge windows and tabs. There weren't any games to play, and I didn't have a chance to test out extreme multi-tasking scenarios, unfortunately. But, for the most part, it seems like the x2 can handle basic productivity tasks, despite its mobile CPU. Another potential limiting factor is its 4GB of RAM, something that could easily get filled up if you're addicted to opening dozens of browser tabs at once.

On paper, the Envy x2 sounds like the notebook I've always dreamed of. Who wouldn't want a machine that's always online, with tons of battery life? Still, I'd expect to see some compromises when I have more time to use the x2. Even though mobile processors like the Snapdragon 835 are capable enough to power high-end smartphones, it's unclear how they'd handle desktop- multitasking. And it remains to be seen just how well Microsoft translated Windows 10 to ARM processors. At this point, the Envy x2 is just a glimpse at the promise of always connected PCs -- but it's an intriguing one.