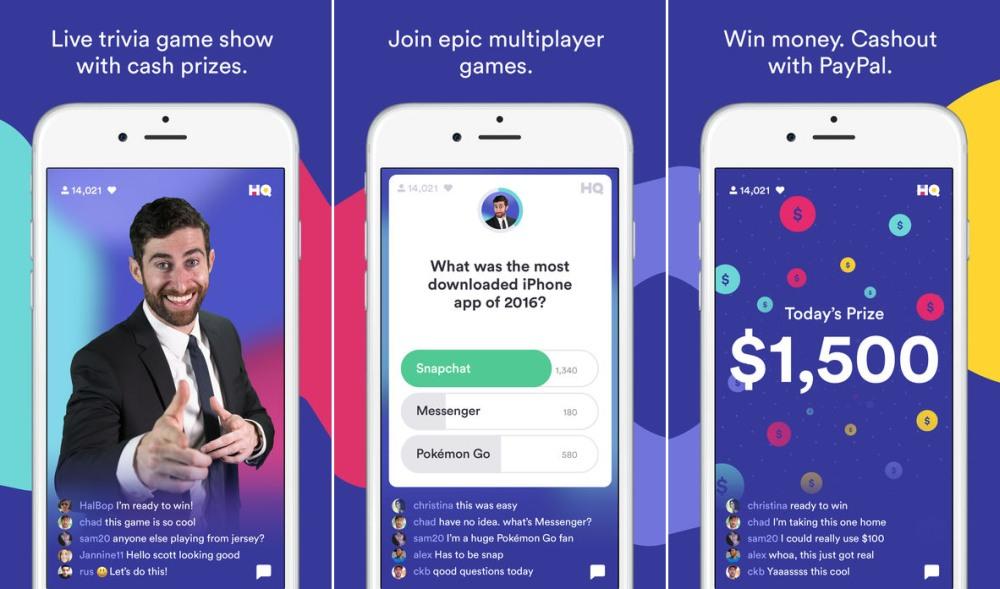 Since launching in August the HQ app has been attracting hundreds of thousands of players to its twice-daily live trivia games, but so far they're all playing on iPhones. Now, a tweet indicates that Android users will be able to get in on the action soon, since "HQ has a nice little stocking stuffer coming your way." The game came from two Vine co-founders and has seen as many as 400,000 people logging on at 3 and 9 PM ET to try and win cash prizes of up to a few thousand dollars by answering trivia questions.

We've seen some attempts at this before, including NBC's short-lived Million Second Quiz game show/app and the Xbox Live game 1 vs. 100. There are other games like Trivia Crack and Quiz Up, but they don't have the same live event hook, while Family Feud Live features tournaments for cash prizes but also contains subscription fees and pushes in-app purchases heavily.

Hey world, we hear you also have Android phones? HQ has a nice little stocking stuffer coming your way... pic.twitter.com/RwY6Qpkk9e

In this article: android, app, entertainment, gameshow, hq, ios, live, mobile, trivia, vine
All products recommended by Engadget are selected by our editorial team, independent of our parent company. Some of our stories include affiliate links. If you buy something through one of these links, we may earn an affiliate commission.