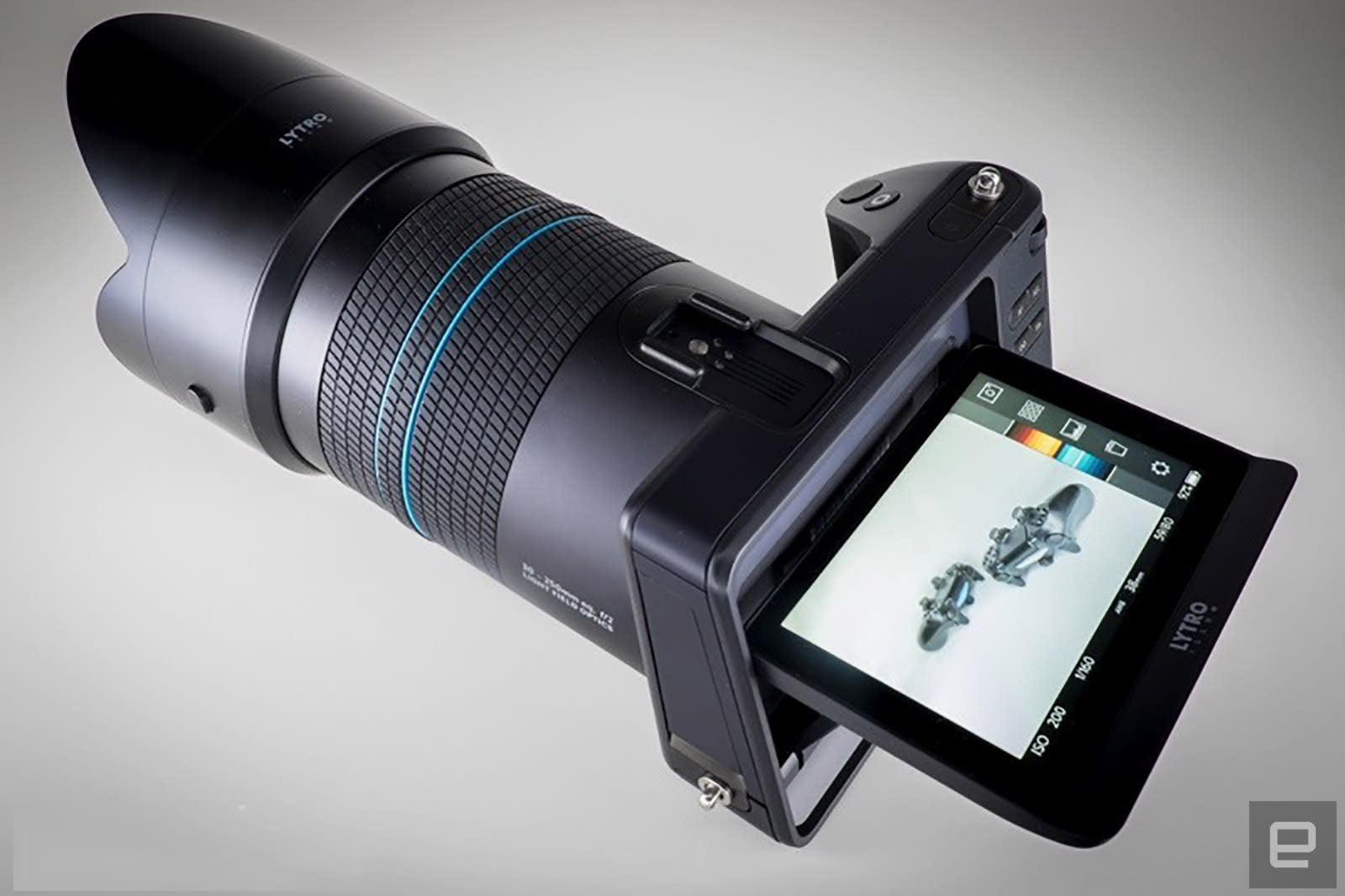 Remember Lytro's cool, but kinda gimmicky "light-field" photography? It let you take pictures without a defined focus point and post them on a special online platform, where users could click on which part they wanted to be sharp. It never caught on with consumers, and Lytro discontinued its pricey Illum camera (above) and switched gears to video and VR. Up until recently, though, users could still post the interactive "living pictures," but Lytro has announced that as of November 30th, the platform (pictures.lytro.com) has been killed.

The only way now to view the multi-focus images is via Lytro's desktop application, or using the Illum camera itself. All the living pictures we posted on our Illum mini-review, for instance, have now disappeared, leaving a black box, as shown below. The best you can do is use the app to export JPEGs or other conventional formats.

No other camera companies ever adopted light field-type tech, but it is being pursued by companies like Avegant, and Lytro itself, for virtual and augmented reality. Shuttering its online platform effectively marks the end of Lytro's consumer camera adventure, and will no doubt leave the (very few) Illum buyers bitter.

Update: Lytro users aren't taking the death of its online platform lying down, as it turns out. After many complaints, Lytro is considering turning the Living Picture hosting platform over to the user community. It's not a fait accompli, as Lytro says "there are some challenges to resolve around intellectual property and we cannot promise that it is possible." If you're interested in getting updates on this, and adding your name to the list of folks interested, you can click on the link here.

In this article: cameras, Embeds, gear, Lightfield, Lytro, Platform, SelectiveFocus, Sharing, TL17HYPE, video
All products recommended by Engadget are selected by our editorial team, independent of our parent company. Some of our stories include affiliate links. If you buy something through one of these links, we may earn an affiliate commission.