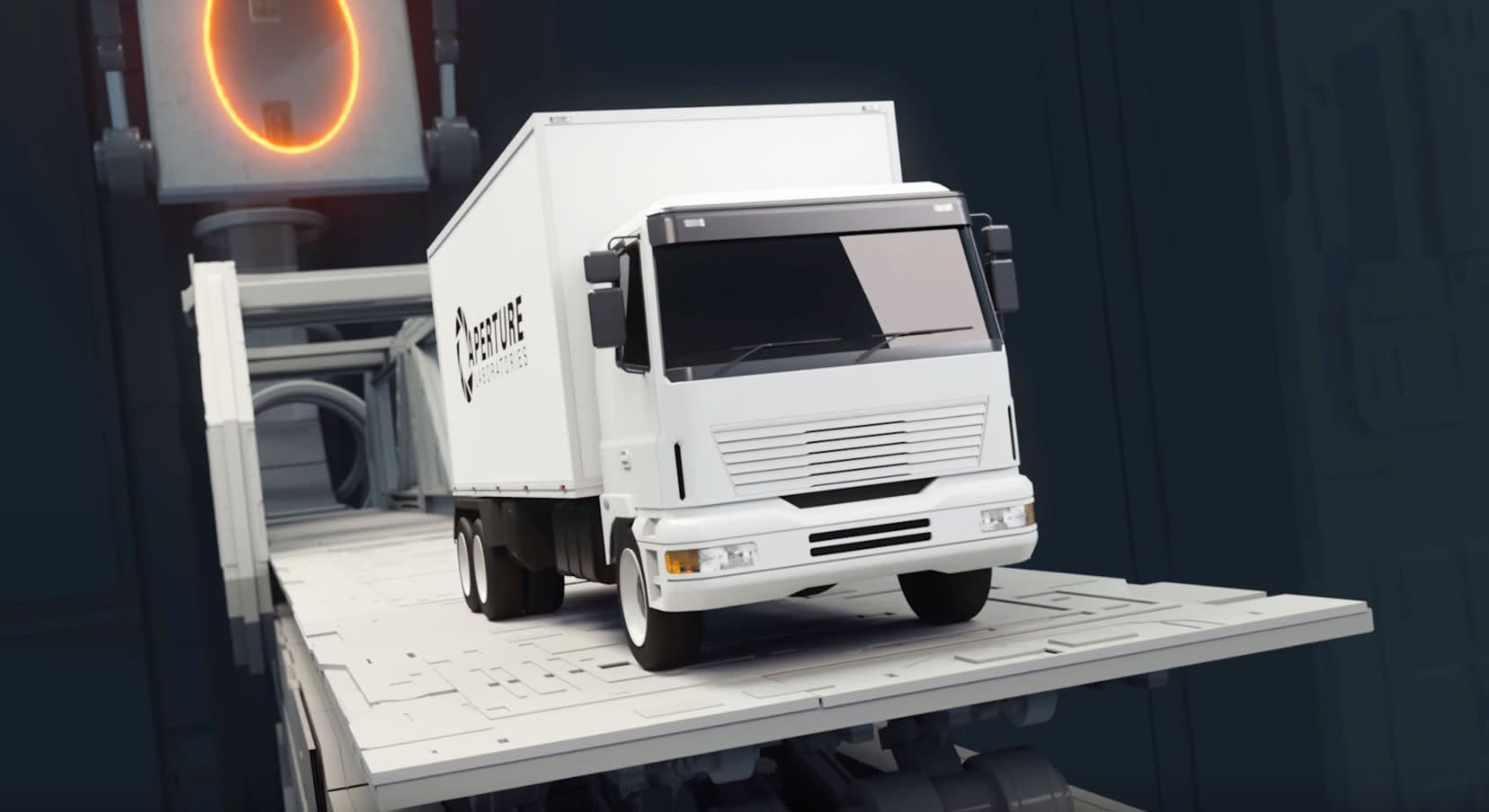 Fans have been waiting with little hope for a third entry in the beloved Portal franchise since the second game came out in 2011. It seems Valve has answered their prayers -- kind of. Instead of another first-person teleporting puzzle adventure, the next Portal-branded title is a standalone spin-off of the popular Bridge Constructor game. If a marriage of both those franchises is up your alley, snag it for desktop or mobile on December 20th.

As the trailer illustrates, the game packs in the endearingly wild physics of Bridge Constructor with the titular teleporting ovals of Portal. Sure, it's not the Portal 3 everyone really wants, but it's probably the closest we'll get since Valve doesn't really make games anymore (they handed this one off to studios Headup and ClockStone Software).

Bridge Constructor Portal will cost $10 for the PC, MacOS and Linux versions and $5 for the iOS and Android apps, all of which come out December 20th. Console editions will follow in early 2018.

In this article: av, BridgeConstructor, gaming, portal, valve
All products recommended by Engadget are selected by our editorial team, independent of our parent company. Some of our stories include affiliate links. If you buy something through one of these links, we may earn an affiliate commission.