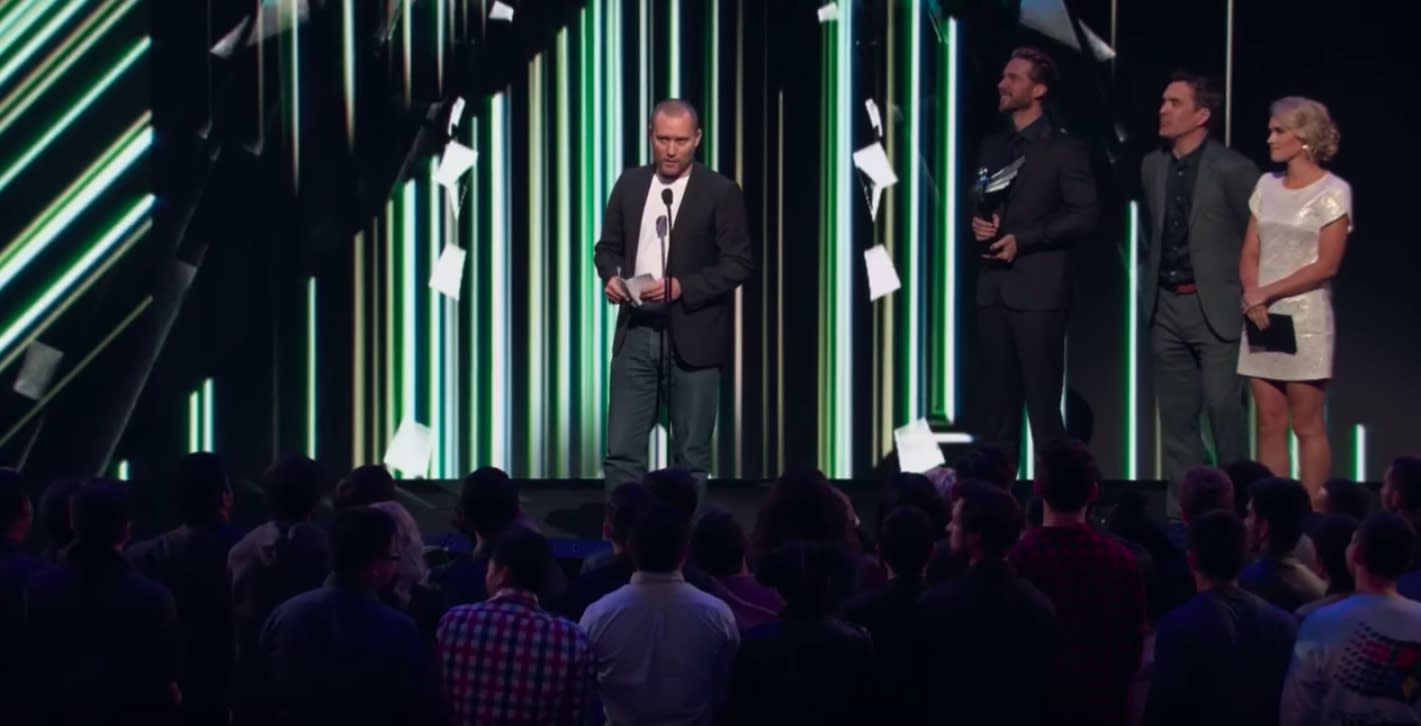 It's been a fairly fantastic year for video games -- so let's celebrate. The Game Awards kick off tonight in Los Angeles at 9 PM ET, though the pre-show begins at 8:30 PM ET across a variety of live-streaming platforms, including Twitch, Twitter and YouTube (in 4K, no less).

The show honors the year's most influential, creative video games and the people who create them, as voted by 51 international media outlets, including Engadget. There are a total of 30 categories, including Best Multiplayer, Best Narrative, Best Art Direction, Trending Gamer, Best Independent Game and a handful of eSports-specific awards.

Titles up for Game of the Year are The Legend of Zelda: Breath of the Wild, Super Mario Odyssey, PlayerUnknown's Battlegrounds, Persona 5 and Horizon Zero Dawn, while nominees for Best Performance are Melina Juergens (Senua in Hellblade), Laura Bailey (Nadine Ross in Uncharted: The Lost Legacy), Claudia Black (Chloe Frazer in Uncharted: The Lost Legacy), Brian Bloom (BJ Blazkowicz in Wolfenstein II) and Ashly Burch (Aloy in Horizon).

Presenters include a lineup of high-profile gaming and Hollywood names: Hideo Kojima, Guillermo del Toro, Norman Reedus, Andy Serkis, Felicia Day, Aisha Tyler and Zachary Levi are all set to hit the stage tonight. Those first three are building Death Stranding together, so go ahead and get your hopes up for news about that game during the show. It happened last year, after all.

On top of trailer debuts and statue distribution, the Game Awards is also a giant party -- the rock band Phoenix will perform throughout the night, complete with some seriously retro set design.

In this article: av, design, gaming, thegameawards, thegameawards2017, videogames
All products recommended by Engadget are selected by our editorial team, independent of our parent company. Some of our stories include affiliate links. If you buy something through one of these links, we may earn an affiliate commission.