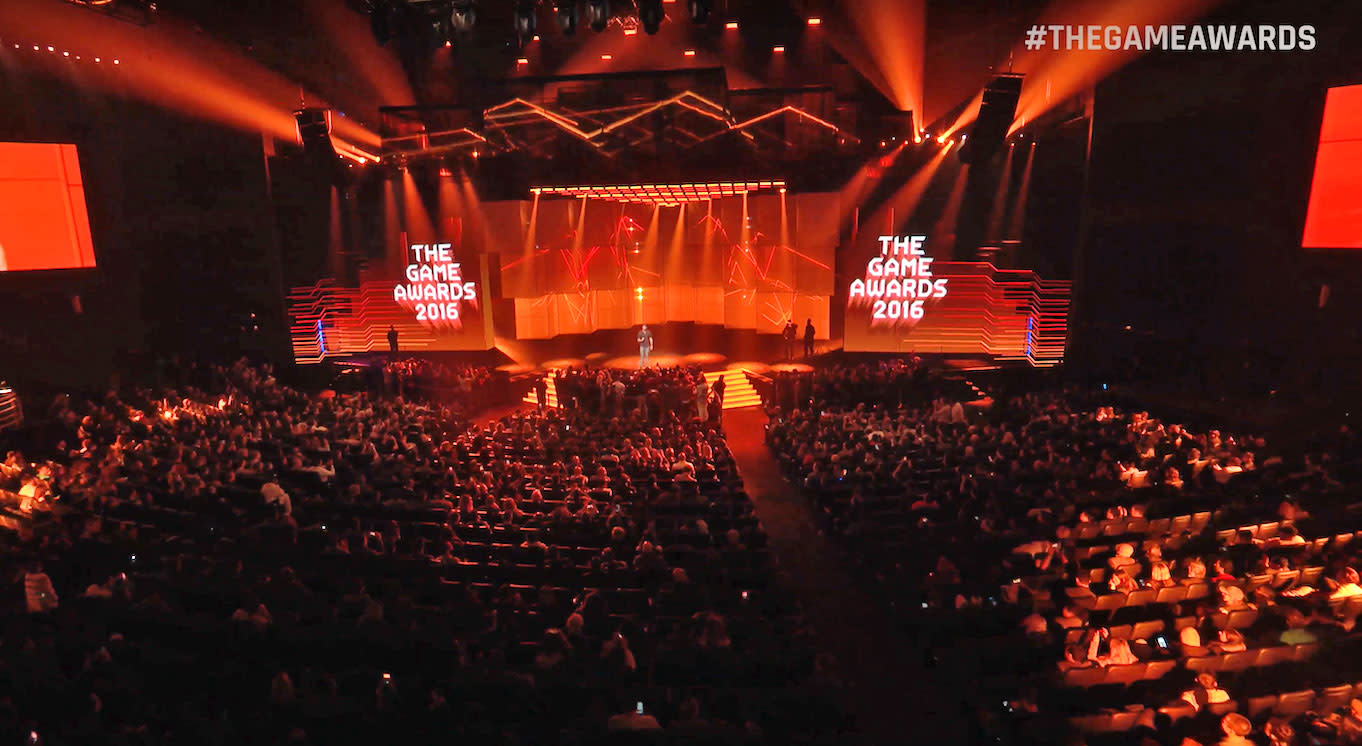 Each year that Geoff Keighley's Game Awards distances itself from its SpikeTV past, it gets subsequently less embarrassing to watch. And without a doubt, The Game Awards 2016 was the best show yet. Couldn't watch the stream? Well, that's too bad, but we've got you covered. Below you'll find a list of the night's big winners in addition to all the trailers that made their world premieres onstage at the Microsoft Theater in Los Angeles. There were a few emotional moments onstage as well, including Ryan Green accepting the Games for Impact award for That Dragon, Cancer; Keighley presenting his friend Hideo Kojima with a statue for Industry Icon and Nolan North throwing striking voice actors under the bus during his acceptance speech for best performance.

Oh, and consider this an official plea for composer Mick Gordon to take the award-winning Doom soundtrack on tour. Seriously, just watch the performance embedded below and try saying that it wouldn't translate to a huge stage production ridiculously well. I mean, if Dethklok can do it...

In this article: breathofthewild, bulletstorm, civilization6, deathstranding, dishonored2, doom, esports, forzahorizon3, gameoftheyear, gaming, guardiansofthegalaxy, halowars, halowars2, inside, internet, lawbreakers, legendofzelda, masseffectandromeda, microsoft, nintendo, overwatch, pokemongo, prey, rezinfinite, rocketleague, shovelknight, sony, streetfighter5, streetfighterv, telltalegames, thatdragoncancer, thegameawards2016, TheWalkingDead, thewitcher3, trailers, uncharted4
All products recommended by Engadget are selected by our editorial team, independent of our parent company. Some of our stories include affiliate links. If you buy something through one of these links, we may earn an affiliate commission.