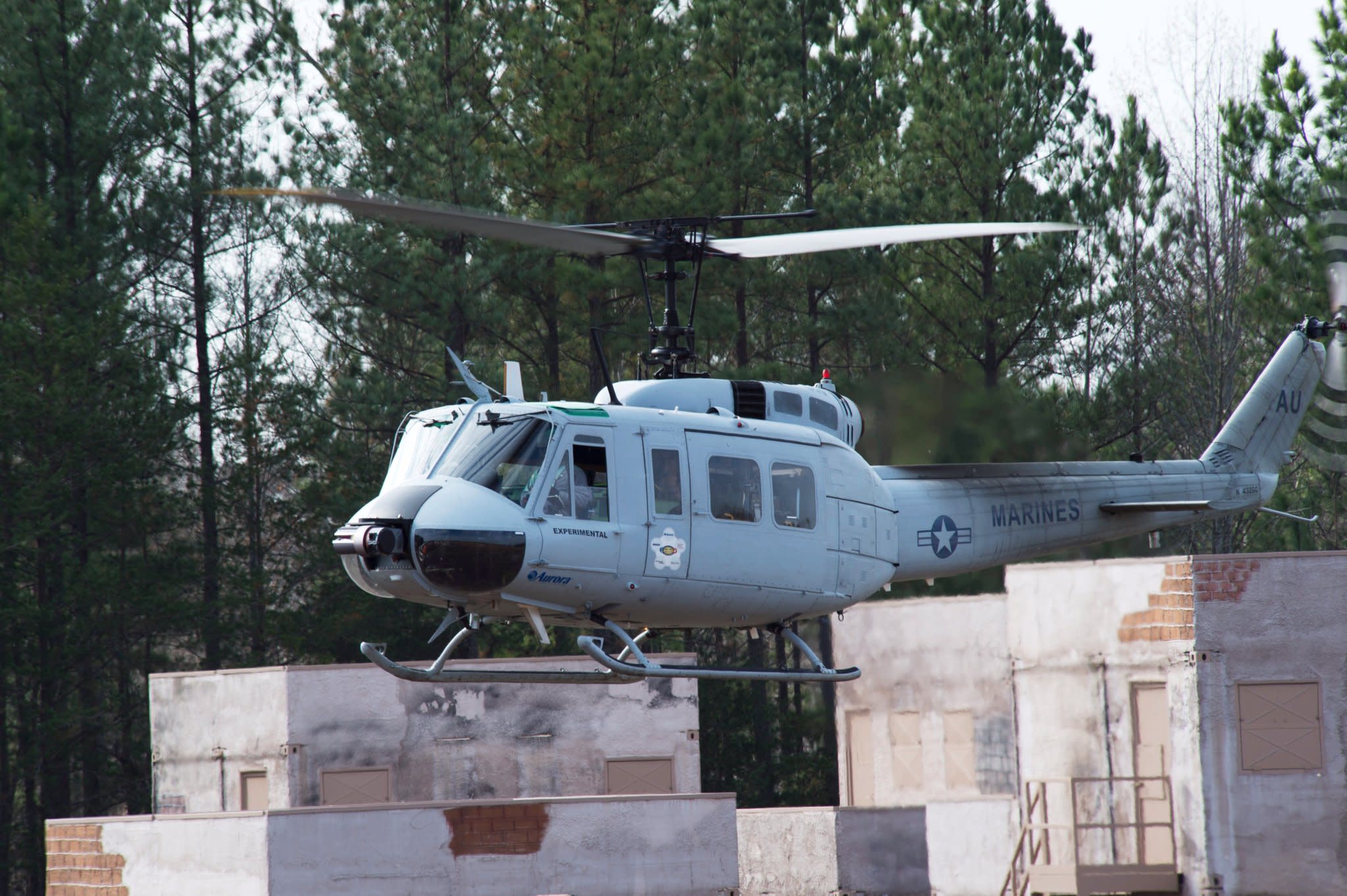 Drones have become a part of the modern battlefield, but what about autonomous full-size aircraft? Aurora Flight Sciences just successfully demonstrated its self-flying setup, the Autonomous Aerial Cargo Utility System (AACUS), enabling an older helicopter to fly itself at soldiers' requests. In the future, troops in the field could use this tech to order autonomous supply deliveries with nothing more complicated than a tablet.

Officials at ONR and their industry partners @AuroraFlightSci announced today a successful, final flight demonstration of an AACUS-enabled helicopter. #AACUS can be installed on any helicopter to increase its capability to full autonomy. https://t.co/qtEkrVpVSd pic.twitter.com/gHPUFMiTsW

For the company's live test before Navy officials, Aurora installed AACUS an existing UH-1H helicopter, which had been outfitted with LiDAR and cameras to avoid obstacles. Earlier demonstrations had proven its autonomous flight capability, according to a press release, but this test had the aircraft simulating cargo and utility missions. Soldiers loaded supplies on the aircraft and it successfully took off autonomously, taking one more step toward a self-flying delivery system that doesn't require complex training for troops to use.

While this test featured the AACUS-Enabled UH-1H, a setup that the FAA specially certified in October, the technology could theoretically be integrated into other rotary-wing aircraft. This demonstration was the final phase in its five-year testing program; Now the Marine Corps will experiment with the system and figure out whether to buy it. If so, it would be another feather in Boeing's cap: The aerospace giant bought Aurora back in October.

We think it's pretty cool! https://t.co/6nDmudblum

In this article: aurora, auroraflightsciences, boeing, MarineCorps, marines, transportation, UsNavy
All products recommended by Engadget are selected by our editorial team, independent of our parent company. Some of our stories include affiliate links. If you buy something through one of these links, we may earn an affiliate commission.