Bitcoin is failing as a currency

Instead, it's evolved into an asset.

It's been a good year for bitcoin investors but a terrible one for those who hoped that the cryptocurrency would become the de facto tender for the internet. Satoshi Nakamoto, its creator, may be dismayed at what has become of the project, intended as peer-to-peer electronic cash that didn't require the supervision of banks. Instead, bitcoin has become an investment vehicle, embraced by many on Wall Street, an asset class like every other. For all the success of the blockchain and bitcoin's soaring value, it's clear that Nakamoto's original vision has failed.

Historically, people needed a way of storing their money in manners more sophisticated than stuffing their mattresses. The practice was to buy precious metals -- like gold -- and hope that it would retain, and appreciate in, its value over the years. But as economies grew and society matured, it was necessary to move toward fiat currencies, which weren't intrinsically valuable in and of themselves. Bitcoin was Nakamoto's deliberate attempt to undo this by building a digital equivalent to gold.

And boy, did it work. In the past 12 months, the value of bitcoin has risen from a low of $777.91 up to a high of $17,178. The currency has always been volatile, but for a while its ceiling was around the thousand-dollar mark. Prices began to surge in the second half of this year, and TechCrunch's John Biggs believes that this new surge was entirely due to the investment community. On Dec. 10th, CBOE Global Markets began offering investors the chance to bet on the future health of bitcoin in the same way they can for any other futures market.

This surge in interest from the investment world is helping to elbow out any hope that bitcoin will mature into a method of exchange. Currencies need to remain broadly stable in their valuation to ensure that commerce can take place. Sure, there will be some shift in the value of the coins in your pocket -- it's why foreign exchange trading is a thing -- but put simply, a dollar should buy you the same thing on Monday as it does the following Friday.

"[Bitcoin is] unsuitable as a currency, because people are far more likely to hold it in anticipation of it appreciating in price." -- Kain Warwick

That's why Jeffrey Dorfman, the hard-libertarian professor of economics at the University of Georgia, believes that bitcoin is an asset rather than a currency. Earlier this year, he wrote that its volatility strips bitcoin of the characteristics needed "of a plausible substitute currency," making it instead a "speculative asset, a get-rich quick scheme." He adds that stable values are required to encourage both commerce and investment, since people need to understand the value of what they're buying, and buying into.

Kain Warwick agrees, saying that for the foreseeable future, "bitcoin will continue to appreciate in price, as demand for it as a store of value increases." Warwick is the CEO of Havven, a company launching an Ethereum-backed currency that would directly rival bitcoin. He believes that bitcoin's soaring price makes it "unsuitable as a currency, because people are far more likely to hold it in anticipation of it appreciating in price."

Nakamoto designed bitcoin to be deflationary -- artificially limiting the supply of bitcoin to 21 million, forever. Of that figure, there are significantly fewer in circulation, because several have been destroyed -- such as the 7,500 bitcoins that were lost in a Welsh garbage dump. The thinking is that the scarcity will ensure that its value will increase over time. But there's a problem with using deflationary money to run an economy, best explained by Nobel Prize-winning economist Paul Krugman.

Krugman told the story of a babysitting cooperative that was set up in the late '70s by Washington civil servants. In order to make sure that each of the 150-ish couples pitched in, the group printed a limited number of coupons, each one equal to an hour of child minding. But the parents began hoarding coupons for the future rather than engaging in babysitting commerce with one another. The slowdown plunged this primitive economy into a recession, mirroring the Great Depression of the early 20th century.

The solution, of course, was to inject more liquidity into the market, printing more coupons to lower their value and discourage hoarding. But because bitcoin has no mechanism for this sort of relief, it's likely that the economic theory underpinning it will come back to haunt it. That's not to mention that the more people who sit on bitcoin in the hope of its value increasing, the more risk there is that its value will plummet.

There is another obstacle standing between bitcoin and a life as the internet's dominant form of exchange. Transactions on the system have become lengthy, painful and oftentimes prohibitively expensive. Very simply, people earn bitcoin by offering up computing power (and energy) to the network to validate future transactions. But this means that in times of high demand, users are either left waiting days for payments to process or have to cough up for faster service.

"Compared with fiat currencies, it's painfully inconvenient and expensive to use as a means of payment," writes Leonid Bershidsky in a Bloomberg column last month. At the time, the average commission to process a transaction was $11.38, making it uneconomical to buy a cup of coffee with the money. It's for this reason that Valve, which began accepting bitcoin payments through its Steam platform last year, reversed the decision on Dec. 6th.

Consequently, the service then had to begin a process of requesting top-up payments or issuing refunds, depending on the fluctuations each day. Then there were the sheer costs themselves: As Chinn says, when Valve began accepting bitcoin, commissions were worth around 20 cents; in the past few months, that figure has leapt to closer to "$20 a transaction." 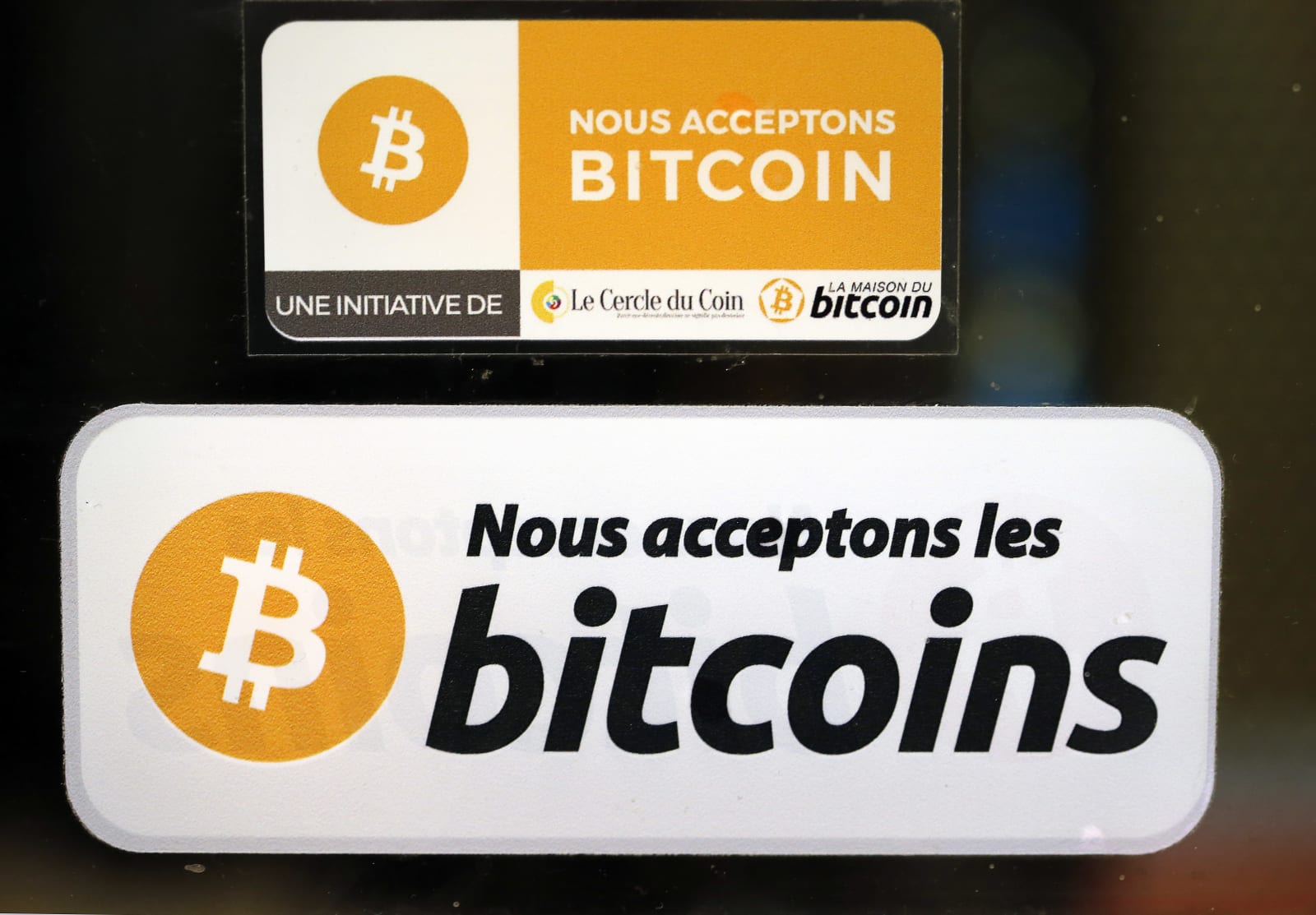 This sluggish transaction speed is due to the fact that every bitcoin block is capped at 1MB, an artificial limit on transaction size. In 2016, prominent bitcoin developer Mike Hearn quit the platform, declaring that the "bitcoin experiment" had "failed." This block limit, he claimed, was a way of ensuring the system worked smoothly during its early days but was little more than an ad hoc fix.

The limit ensures that miners in China, who have to navigate the Great Firewall, have access to the cryptocurrency. Removing the limit would put those miners at a disadvantage, and so Hearn accused vested interests of damaging the system for their own benefit. Bitcoin Cash, a hard fork of bitcoin, removed that limit, but this does not have any impact on the original bitcoin infrastructure.

As for where the vanilla bitcoin goes from here, it seems locked into its destiny as a replacement for gold, not dollars and euros. "We know exactly how many bitcoins will ever be mined, as opposed to gold, of which we only presume that the supply is limited," said blockchain entrepreneur Vladimir Lupenko. Consequently, Lupenko believes that bitcoin has "the potential to outperform gold as the in-demand store of value asset." Carl Bennetts of Status, an Ethereum-backed startup, agreed, saying that in bitcoin's "current form, the transaction costs are too high to be used as a medium of exchange." He, too, feels that the currency's main strength right now is as a "store of value" that "is better described as a digital asset."

Bitcoin may have failed in its original mission, but its greatest victory may be to open the door for other, more-scalable cryptocurrencies. Harnessing the power of the blockchain, projects like Ethereum, which have fewer of the limits imposed by Nakamoto on their own creation, have the potential to spread much wider. Perhaps in a few decades, people will be saving for their digital pensions with bitcoin but buying their groceries with Ethereum. That's assuming, of course, that the bitcoin bubble doesn't burn everyone's fingers for several decades to come.

All products recommended by Engadget are selected by our editorial team, independent of our parent company. Some of our stories include affiliate links. If you buy something through one of these links, we may earn an affiliate commission. All prices are correct at the time of publishing.
View All Comments
Bitcoin is failing as a currency